18 August, 2013By The Roaming CoconutsPosted in China, Malaysia

It happened, just as I should have known it would the moment I told Danielle that, sure I would get travel insurance, but really I never get sick. I got sick.

Getting sick while backpacking is one of those worst case scenarios you avoid thinking about. It’s the pits. You’ve just touched down in a new country and haven’t even worked out the currency, much less where to get crackers and ginger ale. And sure, you can rest for the next two days, but then you’re catching a six hour flight that you simply can’t miss, so make this thing quick.

Starved and delirious, I started obsessively running through in my head all the House M.D. episodes that start with “the patient was in Southeast Asia.” Did I just drool? Was that foam? Oh God, that monkey DID give me rabies! When I finally broke down and emailed my mother and she responded with, “you can always come home to recuperate and rejoin your friends later” I found myself peeking my shivering head out from the blanket, sweaters, maxi skirts, towel, and raincoat I had piled on top of myself for warmth thinking, “Really? Could I?”

But then Danielle shoved a peach in my face and told me I had to eat something, and I HAD to go see a doctor. I had been in bed with a fever for ten days; this wasn’t just exhaustion from traveling.

Our couchsurfing host said that visiting a Chinese hospital would be a waste of time. The doctors here are notorious for overprescribing unnecessary pills and powders. He recommended just going outside for some fresh air. Uh… in Beijing? His roommate, however, suggested going to Oasis International Hospital or Beijing United Family Hospital, both international hospitals with excellent reputations. Then we did a google search, and the majority of articles we read on hospitals in Beijing recommended Peking Union Medical College’s foreigner clinic. And who doesn’t trust a google search?

So the next morning I got in a taxi for Peking Union while Danielle and Sasha headed for the Great Wall (don’t worry, you guys, totally been there, done that in May 2012). 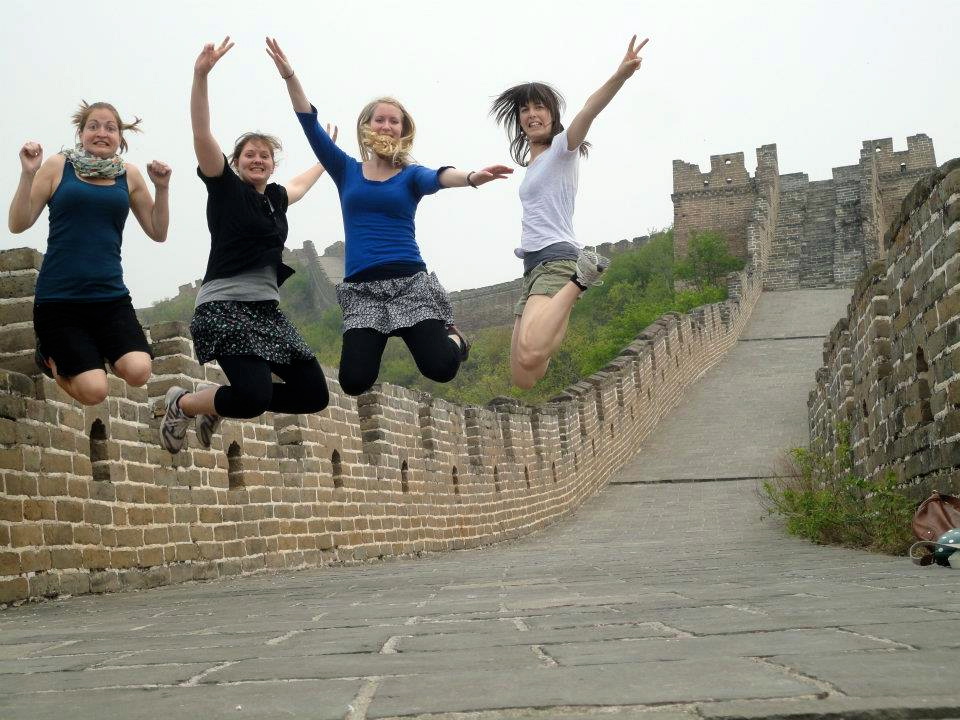 Peking Union’s foreigner clinic does not exist. Or at least they hate taking foreigners. Or are hidden somewhere far far away from the regular hospital. Whatever the case, I spent a good two hours roaming the hospital, being sent to the second floor, the eighth floor, east wing, north wing, but no wait, it’s definitely on the sixth floor (it wasn’t). I probably shouldn’t have spent so long there, but in my weakened state I had to stop between each trip to a new floor or wing to sit in a random waiting room catching my breath and glaring at the smartphones snapping photos of me (sorry, friends, not when I’m sick!). I briefly considered dramatically fainting in the main lobby and seeing where they took me, but decided that really I just wanted to leave. So I went home and called Oasis International Hospital and made an appointment for the next morning. Then I called my travel insurance, World Nomads, to make sure they would cover the more expensive international hospital visit. Turns out they not only recommend patients to go to international hospitals, but they also provide assistance with finding hospitals and getting us to them. If only I had known.

Oasis International Hospital is an oasis. I was greeted by an American woman, who took me to a private vestibule to fill out my paperwork and then escorted me to a lounge filled with plush armchairs encircling a large piano. The nurses spoke perfect English (and kept calling me “darling”) and while I waited for my test results I logged onto the hospital wifi to send some emails. Seriously, I never wanted to leave. Like, if you’re headed to Beijing and have some time to spare, definitely get a child to cough on you at the airport. Totally worth it.

As far as patient care goes, I felt as though I could be in a hospital in the States. Well, except for the man seated a few armchairs down from me (next to the faux fireplace) who was trying to sneakily take photos of me with his iPhone. And perhaps the doctor’s directness was a little different than what I’m used to back home.

“It’s not good, it’s not good,” she said, solemnly shaking her head as I entered her office.

“It’s… what?!” But luckily before I could get too far into playing out in my head the conversation where I tell my parents that I’m going to die in Beijing and could they maybe ask my cousin Hannah to say something at the funeral because I always felt that she really got me, the doctor had explained that I most likely had a respiratory infection and would need to go on antibiotics for seven days. She also suggested admitting me for the night so that I could be monitored more closely, but then we both decided that actually, it wasn’t that bad.

One week and two more hospital visits later and I was declared (almost) fit to travel. Actually, the doctor wanted me to stay another week for even more tests, but I just can’t be in Beijing any longer. Plus, this way I will get to experience a Kyrgyz hospital too. Bet you guys can’t wait to hear about it!

Things I learned about getting sick while traveling:

5 thoughts on “Bedridden in Beijing”