14 September, 2013By The Roaming CoconutsPosted in Kazakhstan, Kyrgyzstan

“I’m twenty-five, and Sasha and Danielle are twenty-four.”

“Will you get married soon?”

It’s always the same conversation, first had at the Chinese-Kyrgyz border health inspection and repeated with each new person we meet in Central Asia. Most people have heard that Americans tend to marry later, but still they seem a little worried for us. Here it’s more common for women to marry around twenty (or younger). I mean, will we even still be able to have kids after twenty-five?!

They’re starting to give me a little anxiety. Actually, not really. In fact, if anything our relatively late blooming (in their eyes) is making me feel younger, kind of like a teenager. And that’s exactly how they’re treating us.

It all started in Sary-Tash, when our host mother sent us off to spend the day with her teenage son, who was celebrating his 18th birthday. Cruising around the village blasting music, feasting on soda and candy, watching the boys attempt to get drunk off of fermented mare’s milk, and talking to the girls about our futures: this was the life. 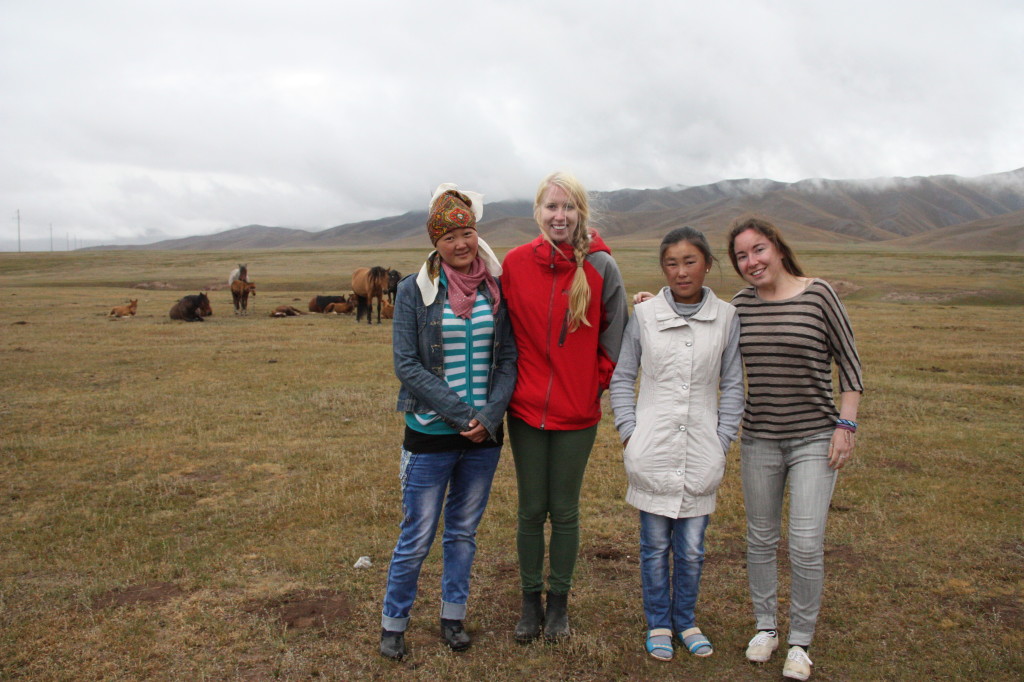 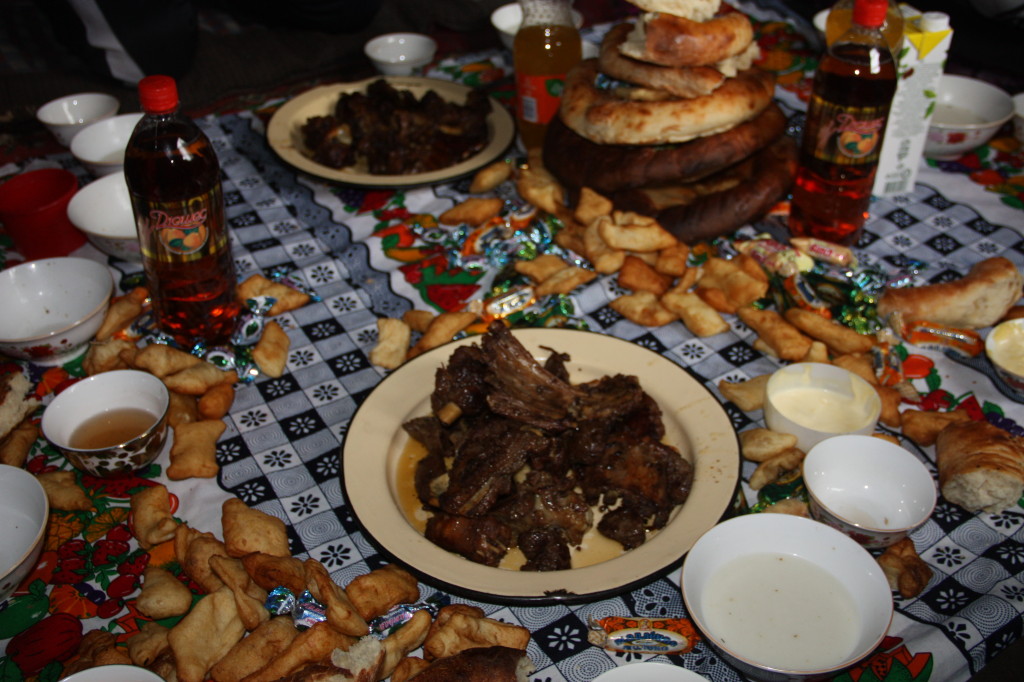 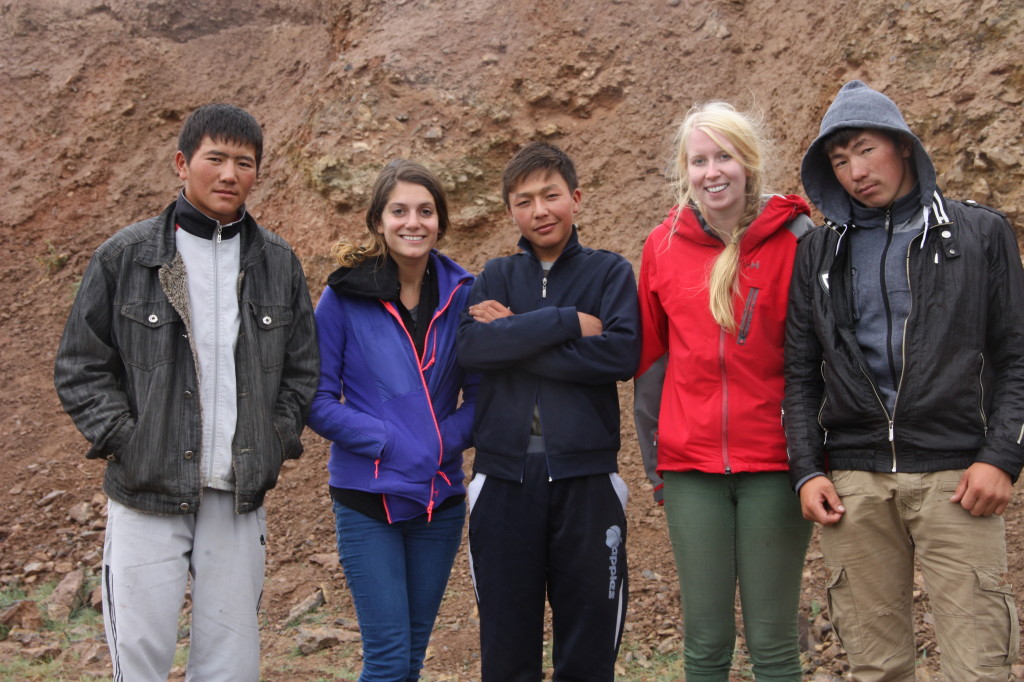 Okay, maybe it was a little like we had been demoted to the kids’ table. But that might just be where we belong here, especially as my Russian makes me (and Sasha and Danielle when I’m translating for them) sound like a four year old.

Somehow this trend has continued, and most of the locals we have befriended in Kyrgyzstan and Kazakhstan have been teens. In Karakol we convinced the son of our guest house owners to show us around for the day, and in Tosor a group of cousins invited us to their home and cooked us their favorite Kyrgyz dishes. One of them even let us stay at his family’s apartment in Bishkek after finding out that we (as usual) hadn’t booked a hostel. Though I think his younger cousin was my favorite. We even like the same TV shows (AND she says I look  like Serena van der Woodsen). 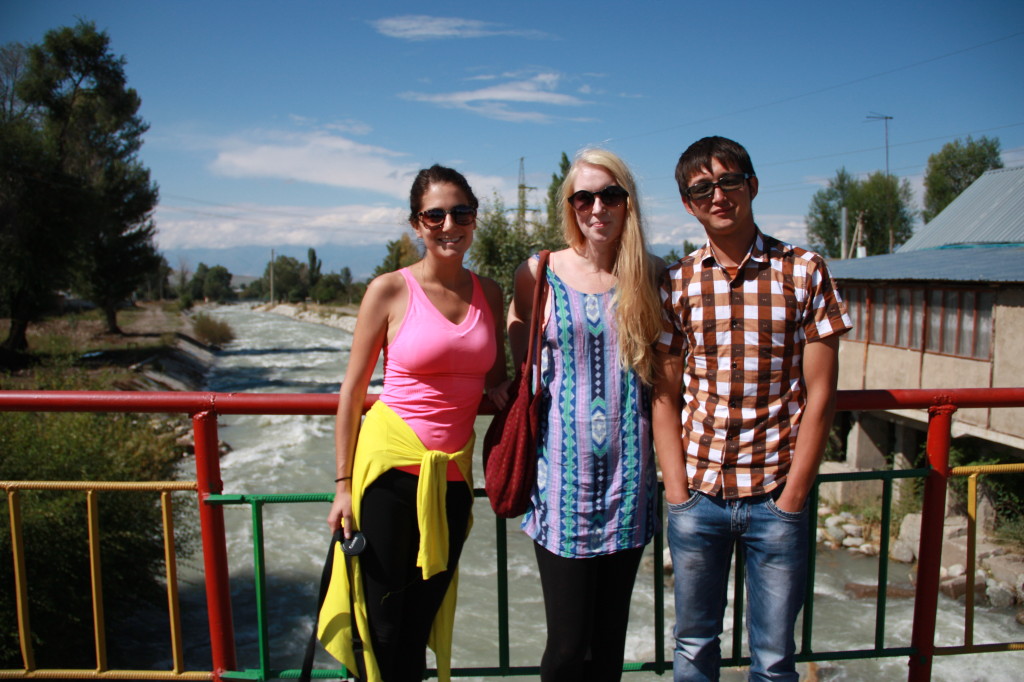 Of course in Kazakhstan our Almaty couchsurfing host was only eighteen, and we found a college student to show us the ropes in Shymkent. Perhaps best though, was the Russian teen seated next to Danielle on the night bus from Shymkent back to Almaty. She woke up in the middle of the night to find him full on spooning her. Teenagers.

We have about a week left in Kyrygzstan now, and then we’re off to Tajikistan! Here’s hoping that we’ll find some more friends at our maturity level. 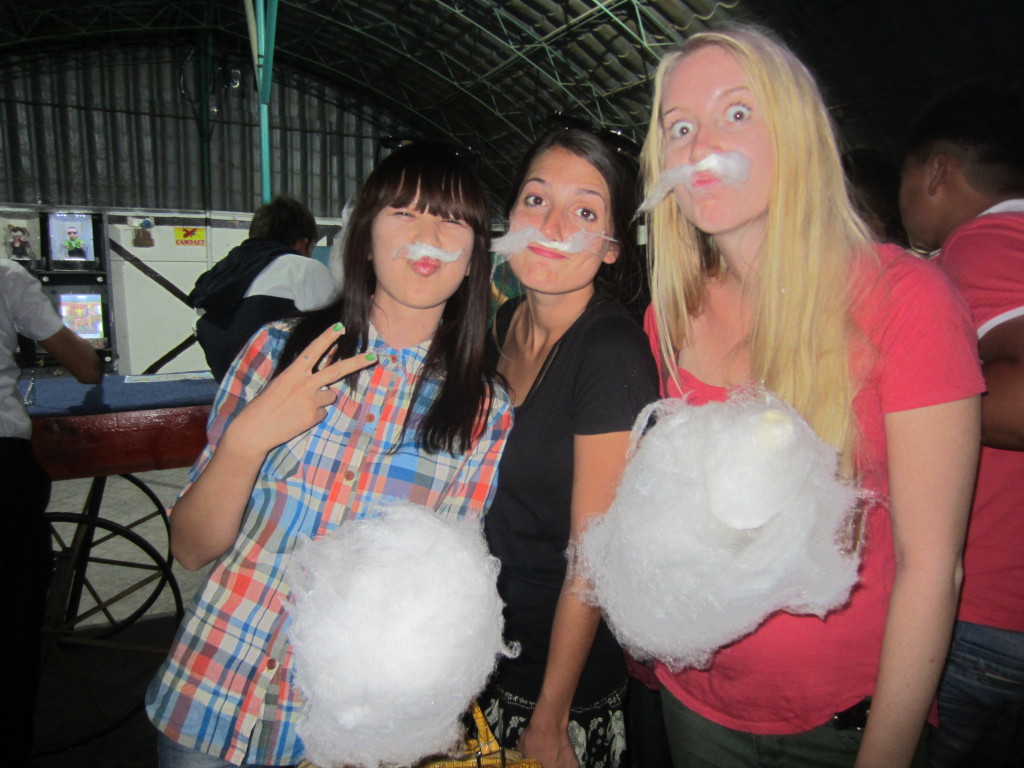