1 November, 2013By DaniellePosted in Kazakhstan, Kyrgyzstan, Tajikistan, Uzbekistan
If you were to ask Silvia, she would say it’s delicious.  I would say it can be good but lacks variety.  And Sasha?  Well, she would probably be in the bathroom….
When we first arrived in the region we happily stuffed ourselves with cheese and bread, delicacies that we just couldn’t afford as volunteers in Thailand.  Throughout our two months in Central Asia we ate A LOT of the above.  I mean, yeah, it wasn’t Gruyère or Manchego, but it did the trick and saved us lots of money.  We did, however, find time to sample some local speciaities.

99% of the time we ate anything with meat in it, it was mutton.  The Stans are Muslim countries, and despite their population’s penchant for cheap vodka (thank you Soviets!) they don’t do pork.

Every Stan boasts its own variety and claims it’s the best.  Plov is pretty simple —  fried and spiced rice with carrots.  Typically topped with mutton, and if you’re lucky some fresh tomato.  Can be good……..or just greasy.

Oh that ubiquitous white circular bread.  Sold everywhere and eaten with every meal.  And sometimes a meal unto itself.

Is delicious.  Chunks of meat alternated with chunks of fat*, skewered and cooked over charcoal.

*Fat is highly prized in Central Asia.  At first I tried to eat around it, but then I realized how delicious, buttery, crispy and flavorful it can be.  Just, you know, don’t eat too much.

The dumpling of the region.  Minced meat and onion encased in dough and boiled.  You can’t really mess that up.  My personal favorite. 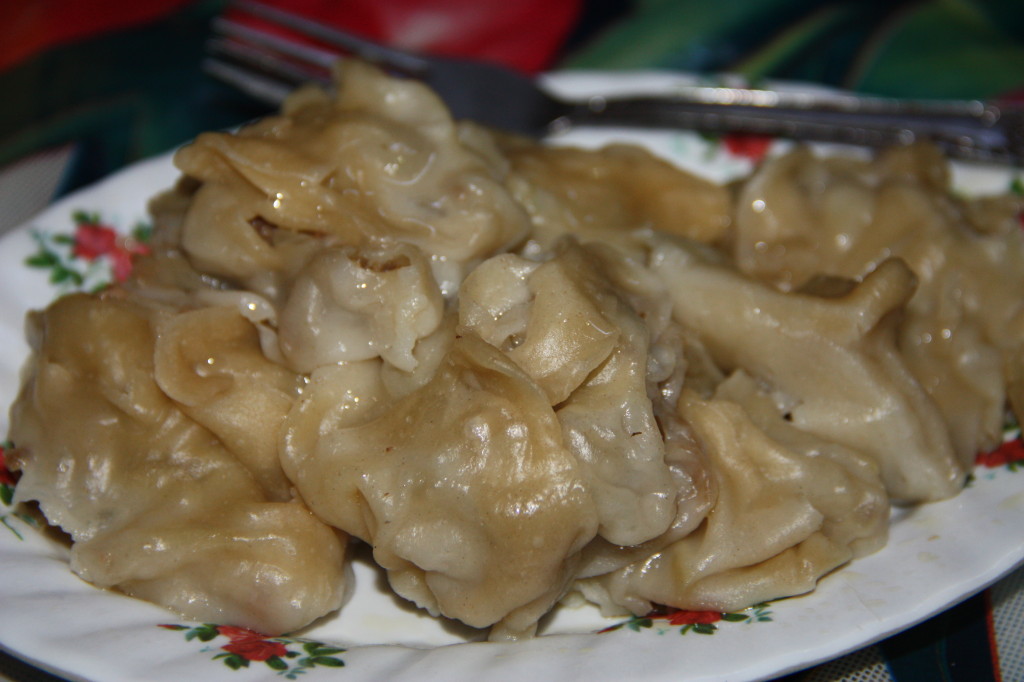 The triangular, baked version of monti and the only streetfood widely available besides deep fried hotdogs, which at only 20 cents each left me feeling……skeptical.  So over two months, we ate too many samsas to count.

I’m not sure if these can really be classified as cheese, per se, as I didn’t like them at all.  These hard, chalky, tangy, barnyard tasting balls are a favorite snack of Central Asians and Silvia alike. 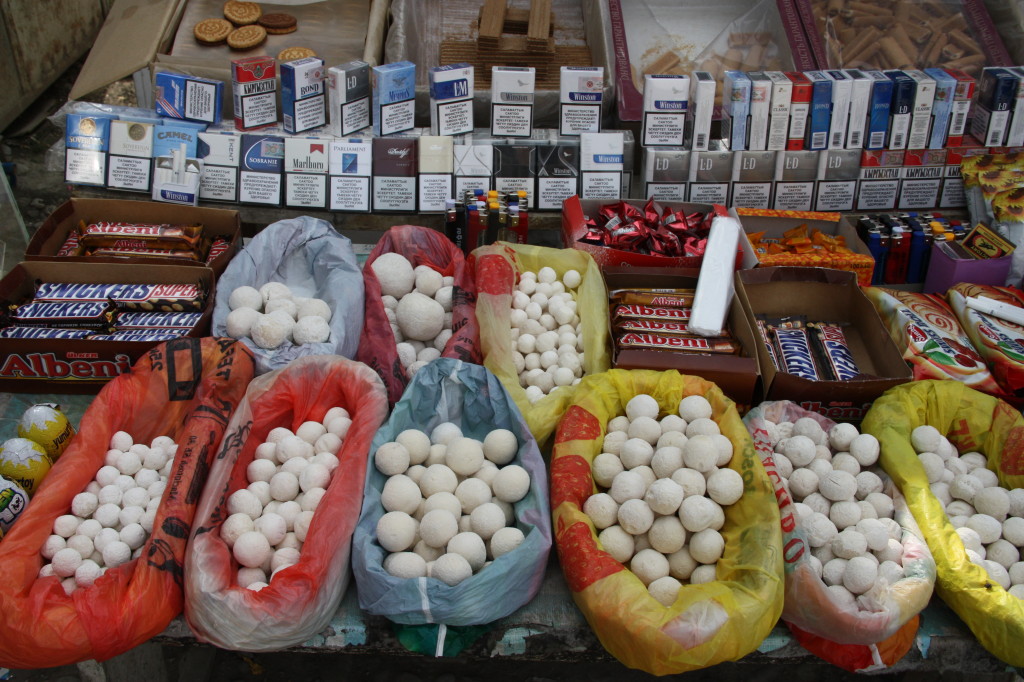 And speaking of barnyard tasting….

Ummm you should probably just try this one yourself.