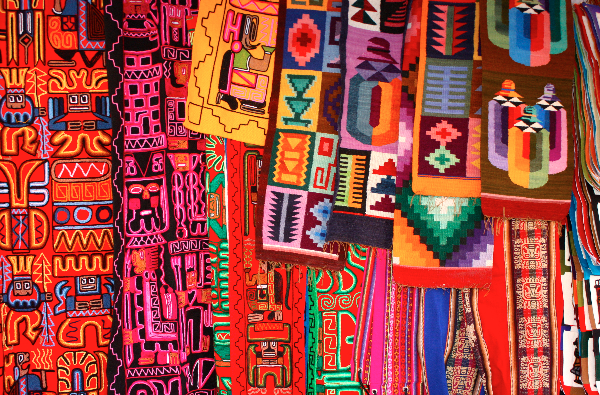 Gasping For Air (and other activities) In La Paz, Bolivia

2 September, 2015By DaniellePosted in Bolivia

Located more than 3,500 meters above sea level, La Paz holds the title for world’s highest city. Which meant that as rotund locals, weighed down by pounds of fabric glided effortlessly past me on the steep city streets, I was constantly left keeled over gasping for air (though if this is more a testament to the thin air or my physical state, I’m unsure). Whether or not you get used to the altitude, there is plenty to do in La Paz. 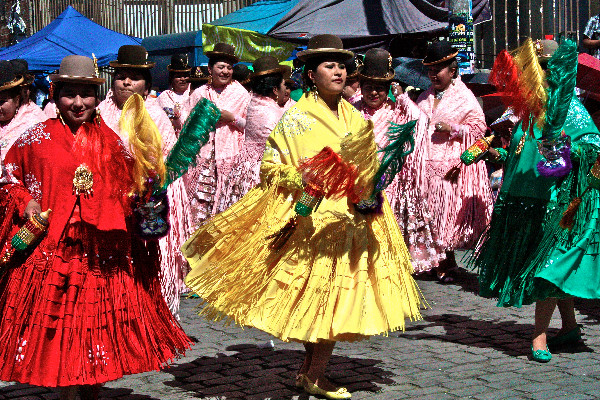 The notorious San Pedro Prison — which is literally located sans security fences in the middle of the city — isn’t quite what it used to be. While the days of backpackers being able to enter on overnight tours (the price of which is rumored to have included an all-you-can-snort cocaine buffet) are over, the prison is still infamous for a variety of reasons including its cocaine production, autonomy (it’s governed by inmates), and being the subject of the book Marching Powder, to name a few. These days visitors will have to settle for an informal tour with a former American prisoner and drug mule locally known as Sleazy Dave (see below). The tours are held on the square twice a day and offer fascinating insight into the inner workings of the prison, albeit everything Dave says should obviously be taken with a grain of salt. 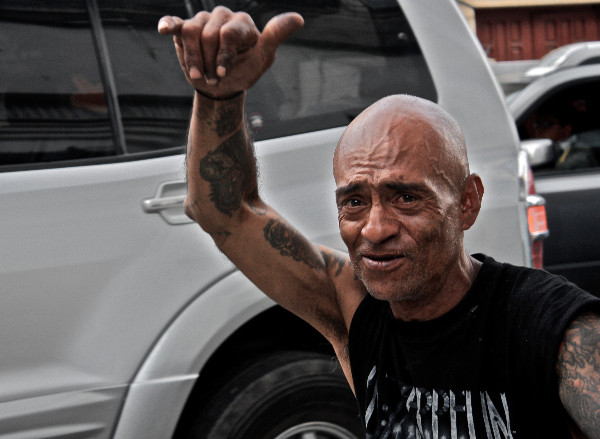 Well duh, right? Bolivian cuisine isn’t exactly world renowned, so I was pleasantly surprised to find out it’s actually delicious and dirt-cheap.  I mean, how often does street food look this good? 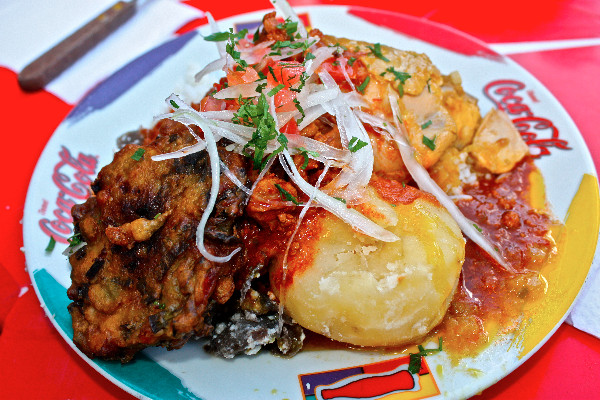 La Paz is also a great place to sample llama meat. The vodka llama steak served at the Gringo-centric restaurant aptly named The Steakhouse, was so good I didn’t even complain about spending more than the cost of night’s accommodation on a meal.

There was something strangely luxurious about being able to order fresh orange and grapefruit juice whenever I pleased. Juice stands virtually dot every corner of the city; take advantage. 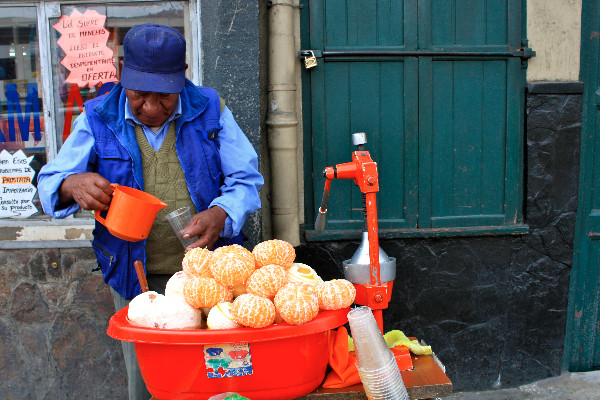 Whether you want handicrafts, llama fetuses or a 100% (but not really) alpaca sweater that is crucial to every backpacker’s wardrobe, the markets of La Paz probably have it. 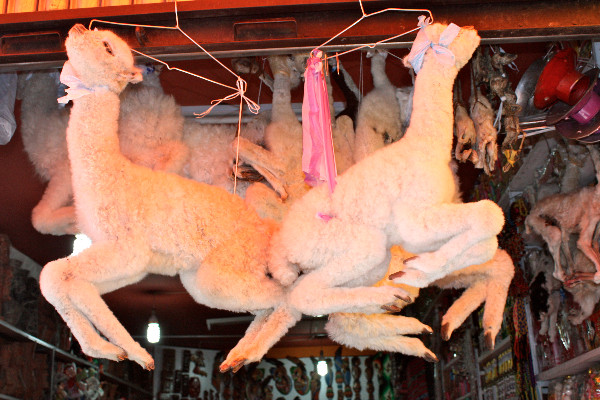 Travel tip: If you bring your friends back small llama fetuses, they might not bother you for souvenirs in the future. 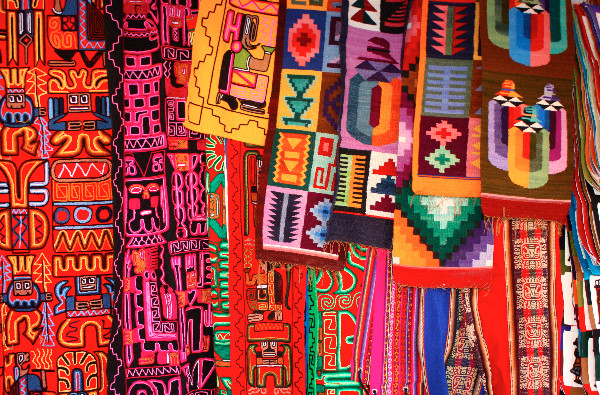 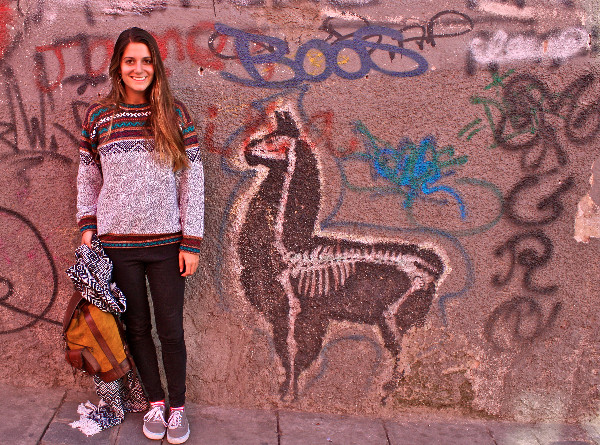 Wait, you have this sweater too?

This market is so insane, it needs its own category. Every Thursday and Sunday the largest market I’ve ever been to assembles in the nearby suburb of El Alto. For sale is anything and everything imaginable, including but not limited to: highly priced and rare antiques, live queen bees, trash that is definitely not another man’s treasure, beauty supplies, clothing, furniture, and auto parts. Though easily reachable by minibus the market is not really frequented by tourists due to its slightly sketchy reputation. The pickpockets there are the real deal, but if you don’t bring anything (no bags, phones, wallets, cameras etc.) besides the cash you want to spend, you’re fine. It’s an adventure; I went twice, loved it both times, and came away with some terrific finds.

Ride One of the World’s Highest Cable Cars

For just 50 cents you can get a great aerial view of the city. The red line runs to the El Alto market. 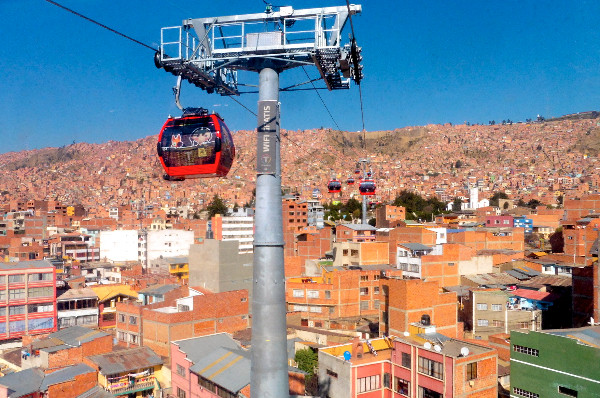 Picnic With a View at Mirador Laikakota

The park itself is rather nondescript but offers an impressive 360-degree view of La Paz. 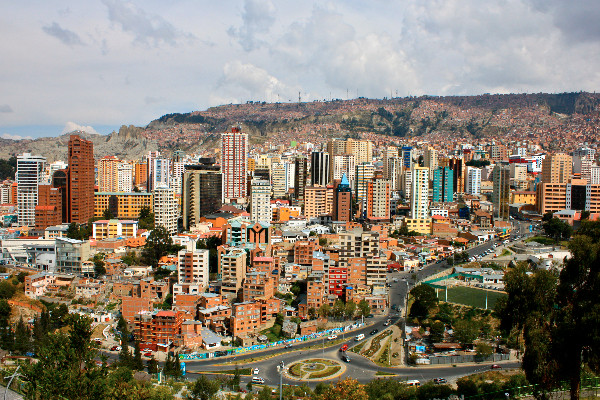 Legendary on the travel circuit, Route 36, also known as the world’s first cocaine bar, is for better or worse a staple of the Gringo nightlife scene. As sleazy as it might sound, there is something undeniably novel about being herded into an unmarked door by security, which leads to a bar where the menu is measured in grams.

A Weekend Trip to Quime

Click here to read about my favorite off-the-beaten-path destination in Bolivia! 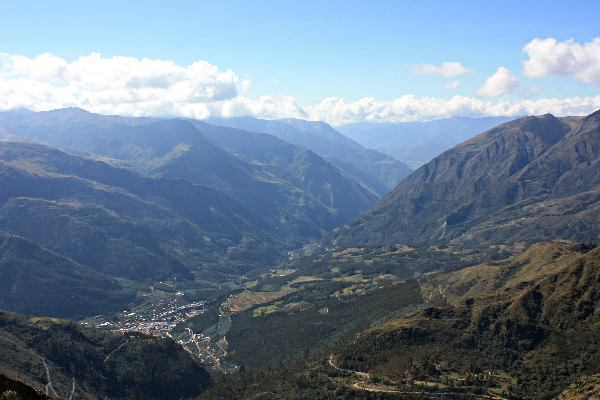 4 thoughts on “Gasping For Air (and other activities) In La Paz, Bolivia”