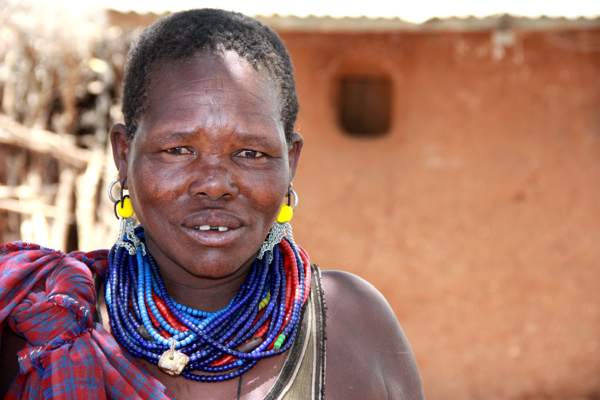 Getting Spit On And Other Cultural Adventures With The Karamajong

28 July, 2014By DaniellePosted in Africa, Uganda

The driver parked on the side of the road to grab something from a nearby store leaving me and Ben, my good Ugandan friend in the back seat. While we were waiting I saw a man whose beautiful, weathered face was so full of character, I had to take his picture. I snapped away and he requested payment. Not something I like to make a habit of, but being stuck in the backseat I obliged, passing him a handful of change not totaling more than 50 cents. His face lit up with a huge smile, and he took turns shaking our hands.I thought we were all happy.  And then he spit. All. Over. My. Face. With such aim! And what force! Clearly the man was experienced. My hands flew to my face and expletives out of my mouth. And then Ben, whose own face was dripping turned to me: “Don’t yell, we’ve just been blessed the Karamajong way.”

Mention the Karamajong to an average Ugandan and you’ll find the name evokes fear as well as a sense of disdain over their perceived “backwardness.” The “K Jong,”  as they’re known locally, are a fierce pastoralist tribe infamous for their armed cattle raids, hostility and adherence to traditional customs and values. They live in Karamoja, a region tucked between Kenya and South Sudan, bordering the stunning yet scarcely visited Kidepo Valley National Park.

I’m deeply fascinated by traditional and nomadic cultures, so it was kind of a no brainer that I wanted to visit the Karamajong during my time in Uganda. But was it safe? According to my Lonely Planet, Ak-47s are about as common as walking sticks in the region. A former volunteer  advised against going, saying it was just too dangerous. And I could barely find any information online. I’m not going to lie, all of this made me want to go just a little bit more. I mean, danger certainly has its draw, right? But readers (ahem, grandparents), don’t panic. As a solo female traveler I have my limits. So I filed the idea away in my “someday” category. But then I went to Pader, a town only a few hours from Karamoja, and found out that my friend’s friend is a healthcare worker there. Long story short, someday turned out to be a lot sooner than I thought.

The drive through Karamoja was beautiful. We managed in a regular car but a vehicle with 4WD is a better option, and probably a necessity during rainy season. 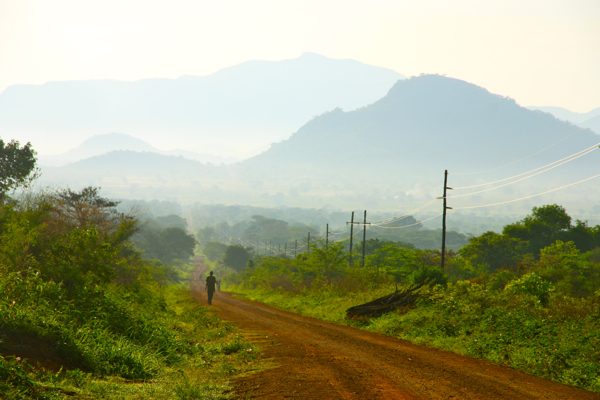 At some point the lush green scenery gave way to semi-arid plains and scraggly bushes. And then the Karamajong started to appear. They were easy to spot, the men with their badass green hats and blanket-like fabric draped over their bodies, never far from a herd of goats or cows; the women adorned with colorful beaded jewelry. 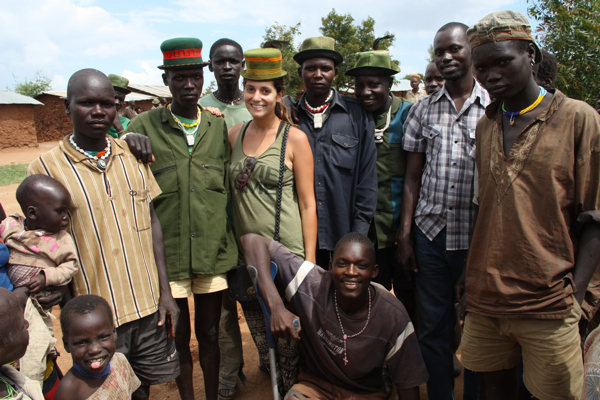 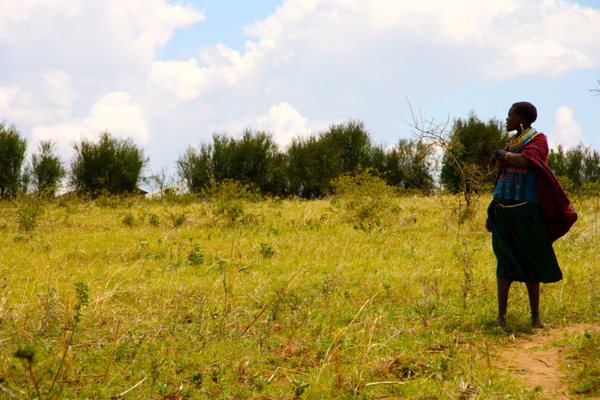 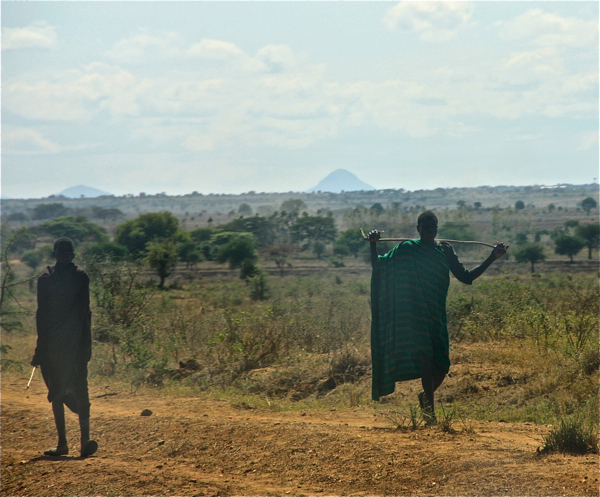 As we pulled into Kabong, our destination for the night, we drove past a person who was face-down on the ground, surrounded by a small group. “Is that person dead?” I worriedly asked Ben. “No, they’re just being publicly beaten with a stick  by a village elder.”  Oh, hmm. Welcome to Karamoja! While I was obviously disturbed at the public humiliation and physical violence I was witnessing, I had to remind myself that I was a visitor and I don’t know or understand all of the local customs.

We spent the day walking around, lucky to be accompanied by Ben’s friend, a village elder and a community representative. There wasn’t much English being spoken so communication was difficult, but overall everybody was really nice (and maybe a little bit….we’ll say pushy), very curious and eager to have their pictures taken. Slightly difficult as there was a crowd of 50 of so, but I did my best. 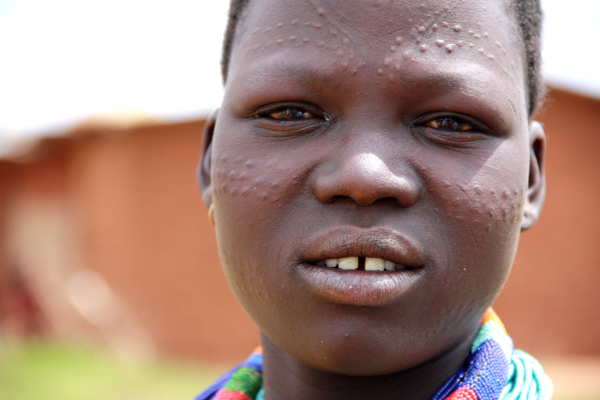 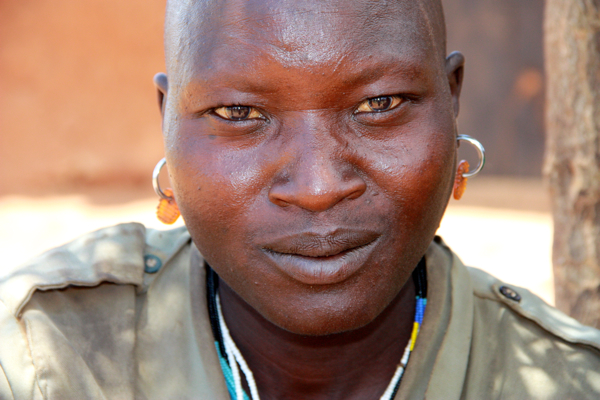 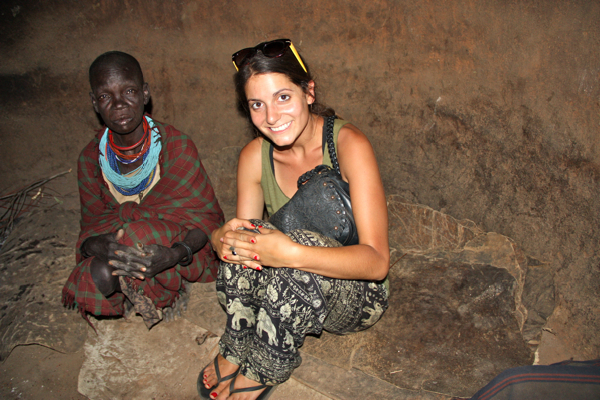 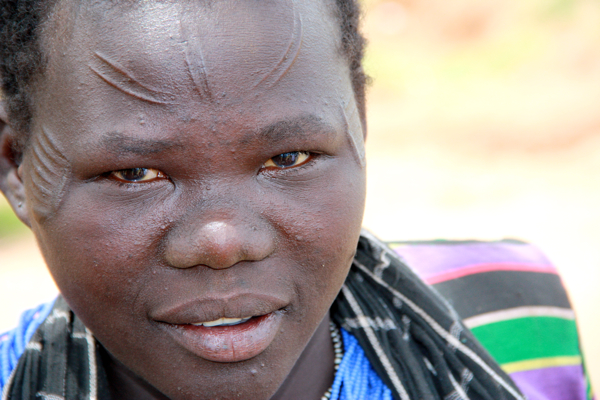 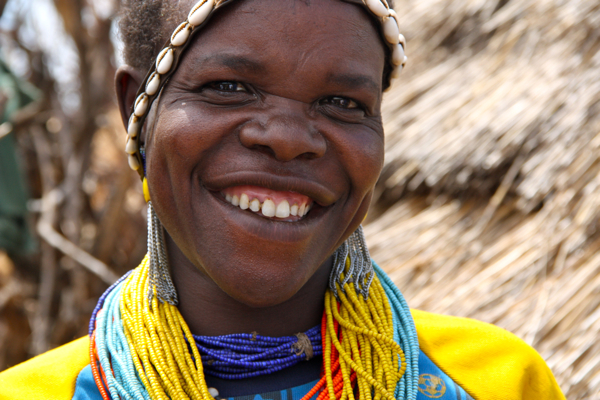 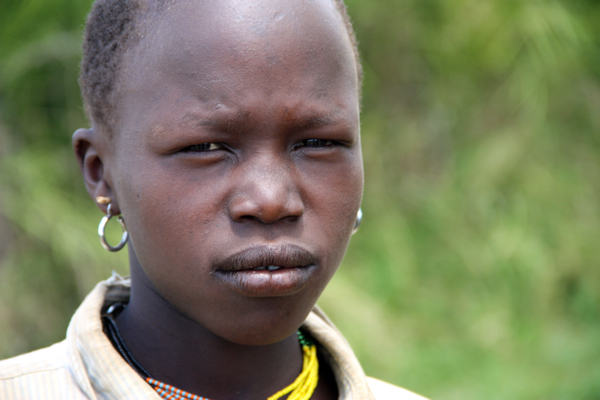 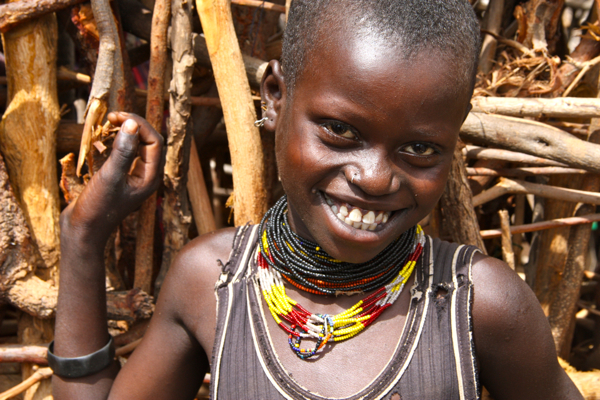 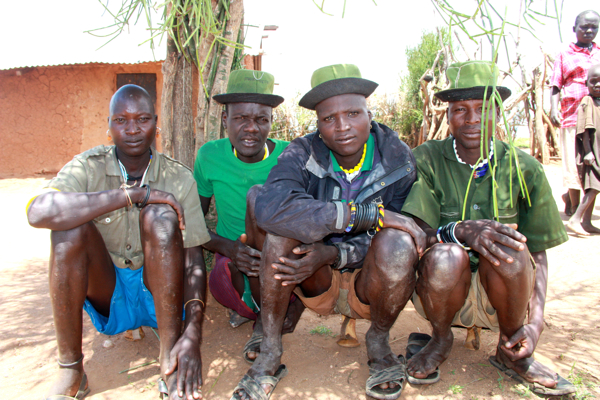 All of the attention was slightly overwhelming, but a drink of the Karamajong’s beloved local brew helped take the edge off. I wouldn’t necessarily recommend drinking an unidentified fermented beverage out of a giant communal bucket but I was already on antibiotics, so caution to the wind right? 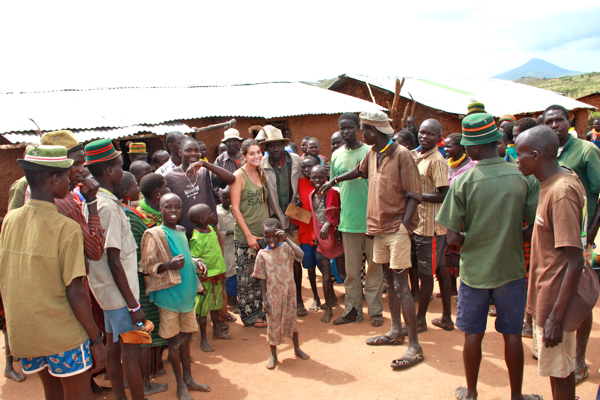 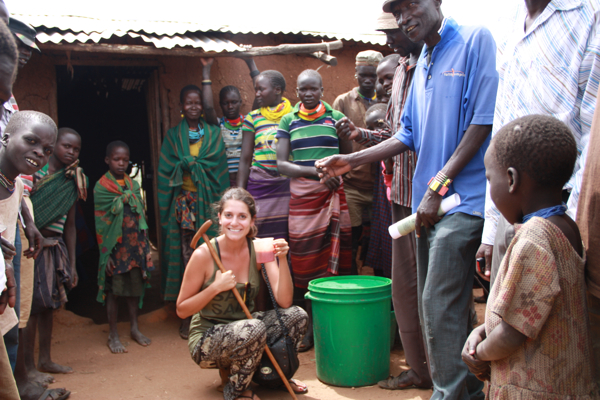 So, is Karamoja safe? In my opinion, the answer would be yes, and I had a great time there. In recent years the military has had a rather large (and abusive)  presence there in an effort to disarm the Karamajong and put an end to cattle rustling. That being said, the situation could change at anytime. As I was leaving there was a story on the news about how Chinese workers in the region would need army protection as the Karamajong believed they had cast some sort of spell resulting in late rains and were possibly planning to retaliate. Kabong is definitely a nicer city than Kotido, but both have guesthouses. I would not recommend walking around alone, but it shouldn’t be too hard to meet someone local who could show you around and you know, keep an eye on you.