A Sleepover at the Great Wall

23 August, 2013By DaniellePosted in China

After about two weeks in Beijing, I was developing bad habits — well, let’s just say I was getting lazy and constantly overdosing on baguette and cheese from the nearby gourmet grocery store.  Local food only fail.  When a friend from my hostel (I was basically a longterm resident) invited me to join him on an overnight adventure to the Great Wall, I jumped at the opportunity.  I had already been to the very touristy Badalang section, but that was more of a “now I can say I’ve been to the Great Wall of China” trip.  It was hot, there were lots of Chinese tourists doing a bad job of trying to secretly take my photo and just way, way, too many people.  I was excited to see a section of the wall that hadn’t been reconstructed, but I was also a little skeptical of my ability to keep up; I’m not the most physically fit person.  I pushed my doubts aside (YOLO, right?), stuffed my backpack with food, put on my trendy (not) Keens and was ready to climb. 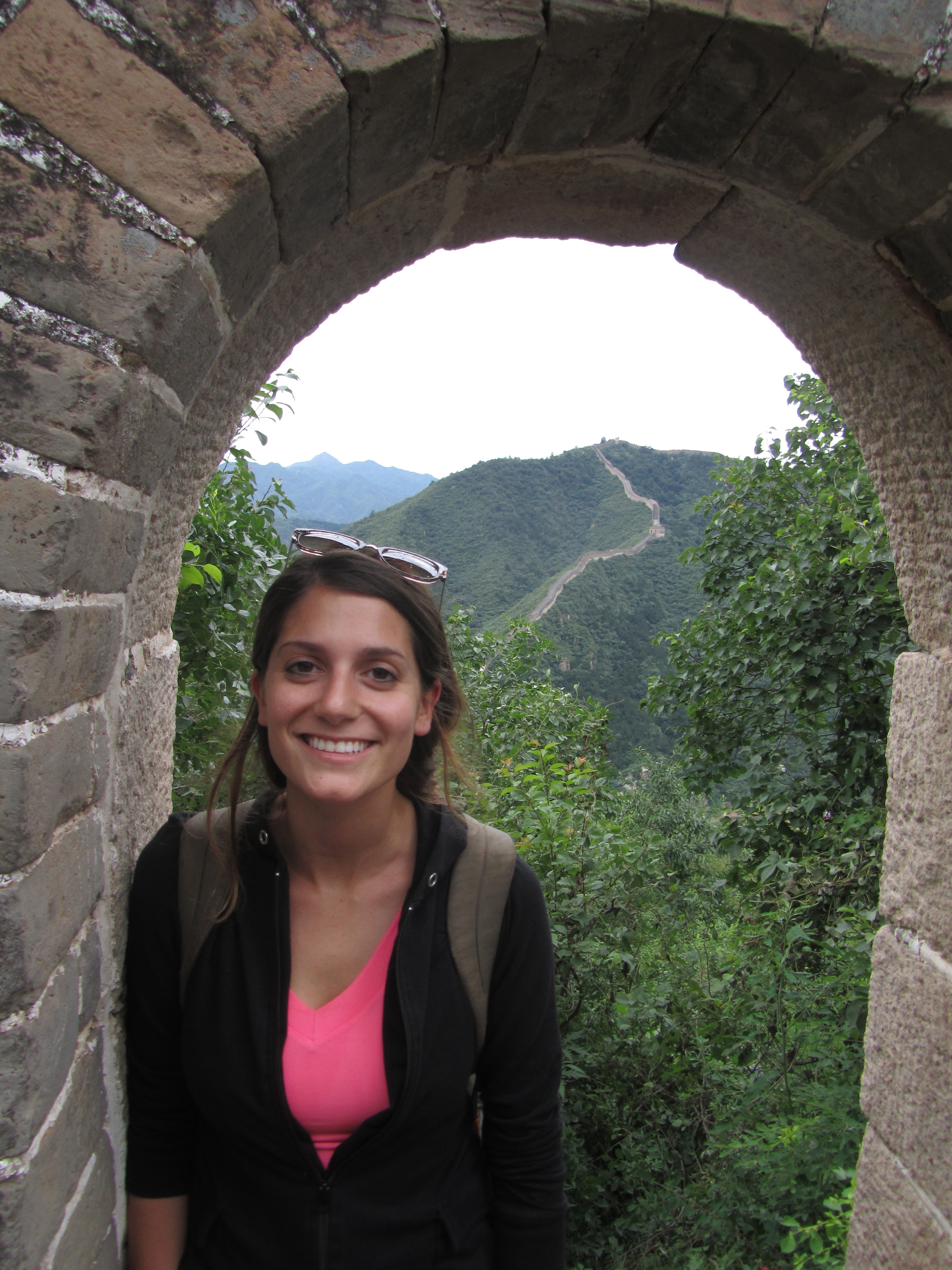 The section of the Wall we went to is officially “closed,” rumored in part to a dispute between local villagers and the government over who would profit from visitors.  However, the villagers keep it open and only charge about $1 to enter.  The scenery was absolutely stunning and other hikers were few and far between.  We walked for a bit, stopped for lunch (baguette and cheese of course) and then it began to rain, which I was secretly really happy about because it meant no more hiking for the day.  We found shelter under one of many guard towers and decided we might as well just sleep there.  I lucked out- a beautiful view, great company AND most importantly I only had to hike for like, two hours!

The night was a little insane for me.  Sleeping on the hard rock wasn’t the most comfortable, especially considering I had my back cupped the previous day, leaving it full of bruises.  I woke up around 8 am surrounded by a group of talkative Chinese schoolchildren.  As cute as they were, it was way too early for that kind of interaction and I retreated into my sleeping bag until they got tired of practicing their English and gawking.

The day was beautiful and sunny, which also meant that it was hot.  Luckily, I’m able to sleep in pretty much anywhere, and after getting out of “bed” around 11am I had a renewed sense of energy.  Ok, I did struggle quite a bit (and discarded my bag for a while because who wants to steal something heavy with those kinds of inclines) but I was able to make it to the highest point along the wall and it was well worth it.  For a few minutes I actually thought I might even take up hiking. 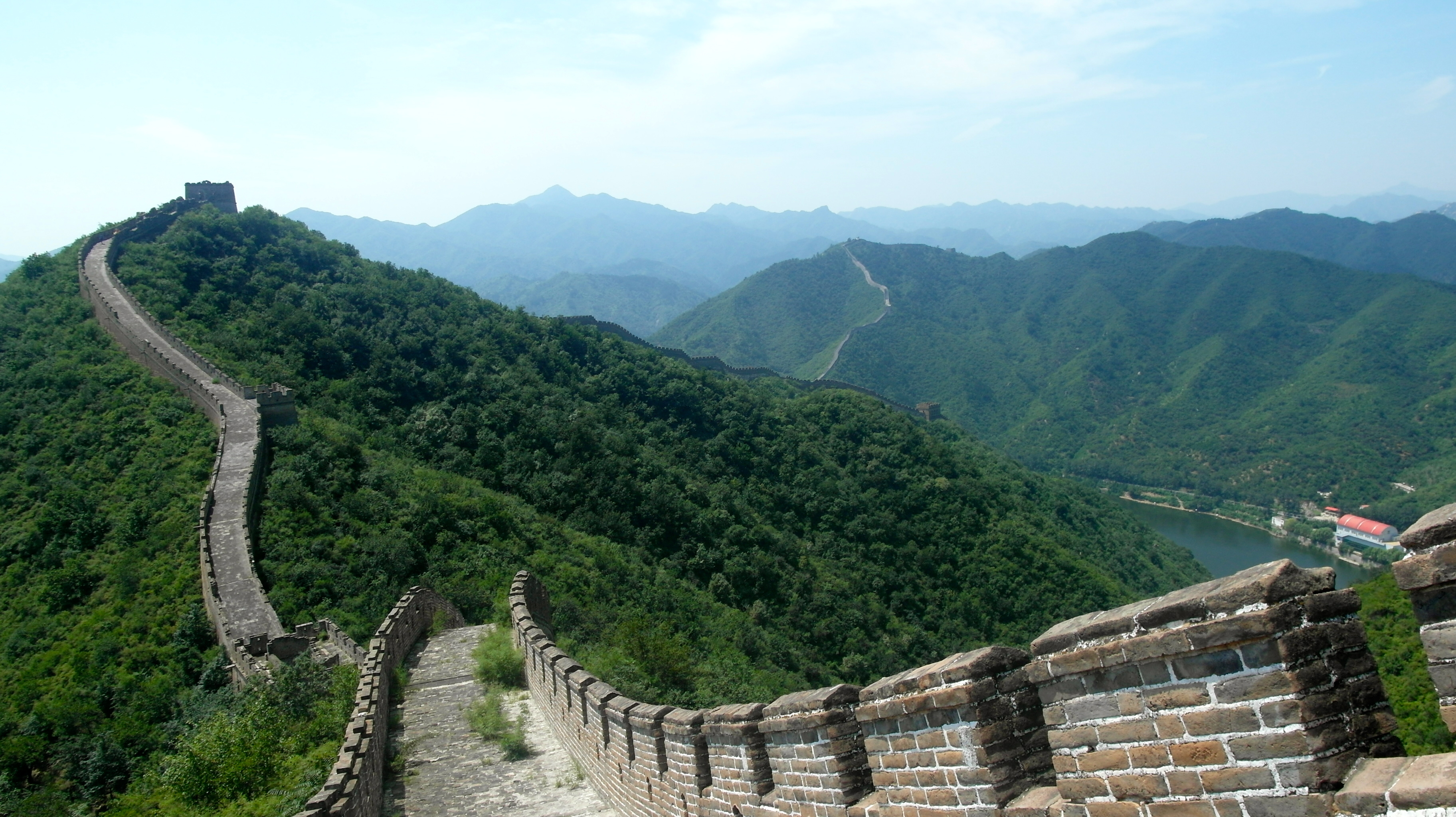 And to top off a good day, I had a really classic Chinese cultural experience that went something like this: I’m at a restaurant and I ask the women working there where the bathroom is.  I go, it’s an outhouse with two crude squat toilets in one stall.  The door doesn’t lock.  I think, “it’s fine, nobody will come in the next 60 seconds.”  Wrong.  I see someone opening the door and immediately start yelling for whoever it is not to come in.  They don’t listen.  Then I realize it’s the woman from the restaurant!  Cool.  I’m still trying to get her to leave.  She casually points to the other “toilet,” pops a squat and does her thing, all while trying to ask me where I’m from.  Awkward or normal?  Sometimes it’s hard to tell in China……

The section of the Wall we went to is called Huanghua, which is around 60km north of Beijing.  To get there go to the Dongzhimen long-distance bus station and take  bus 916  to Huairou. From Huairou you can take a bus directly to Huanghua  but I’m unsure of the number.  We took a taxi for about $20.

4 thoughts on “A Sleepover at the Great Wall”