In Israel, the Desert is Full of Surprises

4 March, 2014By DaniellePosted in Israel

Thoughts upon arriving to Israel: When did everything get even more expensive? Israelis are so cool. How are they all so cool? The beach! Olives! I need to move here. (After being cut in front of five times while trying to order some bread) WHY ARE ISRAELIS SO PUSHY? I need to be pushier. I could never live here. At least tomatoes are still cheap. I should live here! Could I live here? 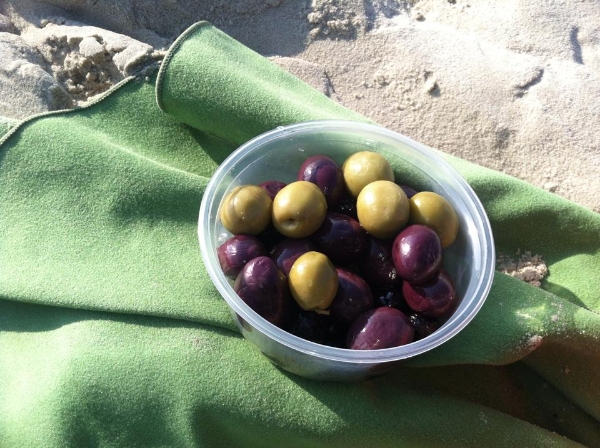 After visiting Israel five times, you would think I would run out of things to do. I mean, the entire country is just the size of the state of New Jersey. But what I love about Israel is that it’s such a complex, diverse and beautiful country (Nat Geo just named the Israel National Trail one of the world’s best) that there are always new adventures to be had.

With just a few days to hang out in the Holy Land before I had to leave for Jordan (don’t worry guys, I’ll be back for the entire month of June), I decided to meet up with an old friend and travel south into the Negev Desert.  Our destination?  The Ramon Crater. How I managed to never hear about this 25 mile long crater in the middle of the desert, I don’t know. But hey, it just goes to show that there are always new things waiting to be discovered. While Israel has a pretty extensive bus network, we figured it would be more exciting to rent a car so that we could explore on our own schedule. Before setting off on our adventure I decided to send out a few last minute Couchsurfing requests, not expecting much.

Within 30 minutes we got a response from a nice Israeli named Aylon, who lives about an hour from where we were headed. Aylon invited us to come stay on his moshav, which is a cooperative agricultural community. Obviously we said yes, because how cool does that sound? It was. We had such a good time hanging out with Aylon and his adorable dog that we decided to postpone our trip to the Ramon Crater by a day. We spent our time climbing sand dunes and visiting different moshavs, where I admired the alternative lifestyle and sense of community created by the residents. Maybe I don’t want to live in New York City, maybe I want to live on a moshav! Touring the moshavs, I was surprised to find that the area was full of Thai migrant workers, brought over to work in the many greenhouses, which ironically dot the desert landscape. 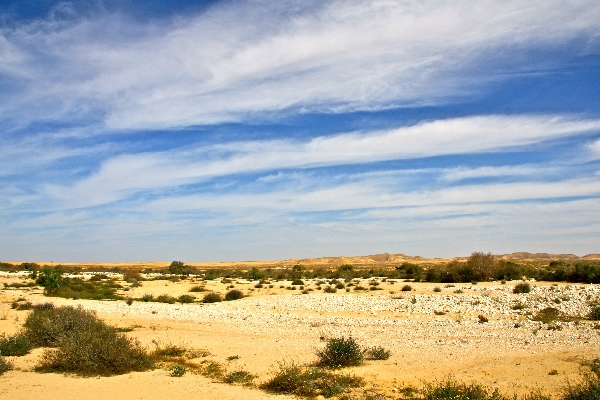 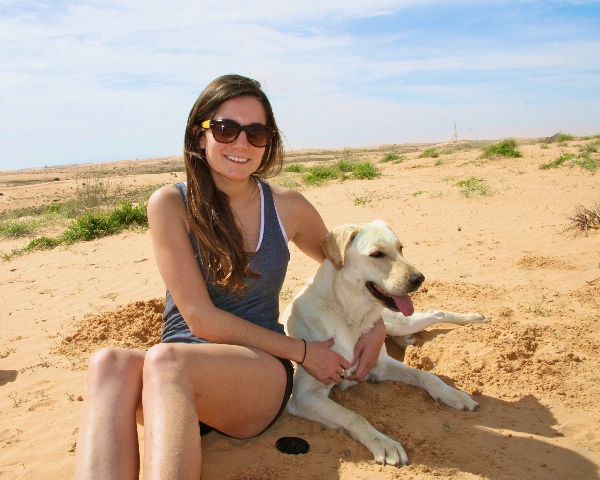 For lunch we stopped in Ezuz, a supremely funky, artsy, alternative communal settlement, where we stuffed ourselves with delicious local fare — tahini, fresh pita, Israeli salad, shakshuka and pizza.  Well, some local fare.  We ended up spending about half of our day there, enjoying the good music and desert views, struggling to drag ourselves away.

[box] Ezuz, while far from being a tourist destination, is a special place worth a visit, even if just for a memorable lunch. While I would recommend renting a car (which can be done for about $30-60/day) you can also reach Ezuz from Beer Sheva with bus 044. There is plenty of funky accommodation to choose from on Airbnb. [/box]

As we finally set off for Mitzpe Ramon (home of the Ramon crater) We came across a weird (and really disturbing) scene.  The desert went from being barren to….being full of African men walking around. While I had heard rumors of an open detention facility for African migrants, I didn’t expect to drive past it. In Israel, illegal immigrants can be detained up to a year without trial. Rumor has it that these migrants are being transported from Tel Aviv to the middle of the desert near the border with Egypt, in an effort to get them out of the job market, out of the cities and ultimately, out of the country.  While they are free to leave during the day, I mean, it’s the middle of the desert. Which, is apparently the point. Israeli authorities are hoping that this forced isolation (and some cash incentives) will cause migrants to voluntarily return home.

[box] Many African asylum seekers, mainly from Sudan and Eritrea, have been making the treacherous journey through Egypt’s Sinai desert to Israel, in search of a better life (though, with the 2013 construction of a border fence, this has become much harder). The influx of migrants — currently at around 60,000 — has been cause for much debate in the small Jewish nation. The issue is complicated and makes me beyond sad. While I don’t agree with the steps Israel has been taking, in my opinion there is no real solution, unless other wealthy, developed countries open their doors and shoulder some of the burden. But let’s not hold our breath.[/box]

Anyway, onto the Ramon Crater!  One hour and one teenage-Orthodox-settler-hitchhiker ( who offered me some poignant insight into the whole Israel/Palestine conflict) later, we made it to Mitzpe. We got super lucky — Aylon’s family just happened to have an empty apartment  there that he let us stay in. The crater itself was cool for like, ten minutes. I mean, definitely worth seeing but how long can you stare at a crater for? 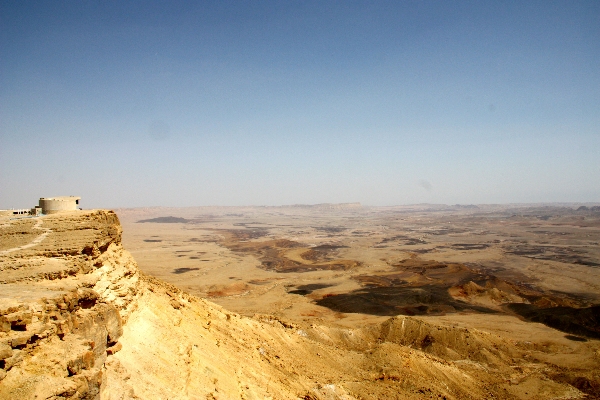 Besides the crater, Mitzpe is pretty dead and maybe even a little bit depressing.  We tried to go to the city’s one bar, Jazz Club, but they were charging $18 each for cover. Israel is expensive! We figured that a better option would be to grab some cheap wine and climb Camel Lookout for an amazing view of the night sky. While I wouldn’t necessarily recommend a trip to Mitzpe Ramon on its own, combined with Ezuz or nearby beach resort Eilat, it’s well worth it.

And finally, it was time to head back to Tel Aviv. But that didn’t mean the trip was over.  I decided to invite myself into a Bedouin camp (I swear I saw a sign advertising meals+drinks) for a quick cup of tea. When that didn’t really satisfy my curiosity (I would say I’m borderline obsessed), we decided to stop in Rahat, the largest Bedouin settlement in the world, and the only one in Israel that is considered a city. We had yet another delicious (and this time much cheaper) meal, and I ran into an Israeli friend from Kyrgyzstan. Seriously, it never ceases to amaze me how small the world actually is.

6 thoughts on “In Israel, the Desert is Full of Surprises”