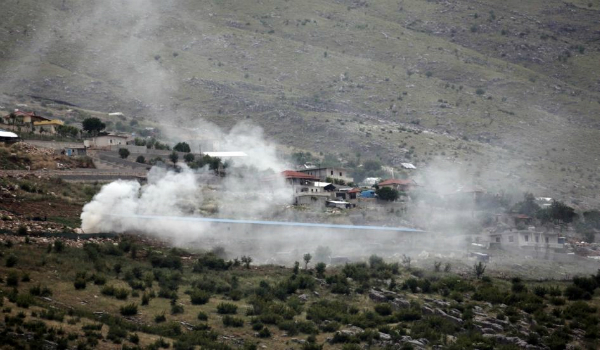 3 October, 2014By DaniellePosted in Albania

Think Albania. What comes to mind? Drug-addicted sex slaves? Then you’ve probably seen Taken. Luckily our experience with Albanians wasn’t quite like the Hollywood movie. However, we did take a day trip to a special village that took us into Albania’s shadier side.

It all started when we visited Nate in Belgrade and he started recommending places in Albania. Really, we should have known that taking Yomadic’s advice would lead us on a windier path. We probably also should have known this when our hostel owner, Tomi, adamantly advised us against going to this village.

Who are we kidding; those warnings only made us want to visit more!

But once we had our hearts set on going, Tomi decided that actually it would be totally safe for us, as long as we didn’t bring our cameras. “And of course feel free to smoke something there, it’s part of the experience!” he told us.

So we donned our most innocent looking sundresses and miniature purses that couldn’t possibly fit any recording devices and caught a minivan heading into the Albanian countryside.

“What are you girls doing here?” Some other passengers asked us. “We’re just seeing some of Albania’s beautiful nature!” we responded.

And it was beautiful. The minivan slowly climbed up a steep hill and we admired the picturesque village set against the mountains with its pretty houses and quaint fences. It seemed much like other villages we had seen in the area, complete with little old ladies carefully tending to their gardens.

Maybe the houses were quite a bit nicer than what we had seen in the rest of Albania, though. And there was a surprising number of luxury cars parked in front of each one. And those fences were awfully high – we had to strain our heads out the minivan window to catch glimpses of the gardens.

We didn’t see a lot of produce in the gardens, but that wasn’t much of a surprise, considering Lazarat specializes in growing (illegal) marijuana.

In fact, Lazarat is Europe’s largest producer of marijuana. Ever stopped at a café in Amsterdam? Chances are you smoked some of the Lazarati good stuff.

Weed production in Lazarat takes in six billion dollars a year, equivalent to about half of Albania’s GDP. I guess that’s why Lazarat is referred to by locals as “Europe’s wealthiest village.”

And I guess that’s why many Lazaratians don’t take too kindly to outside visitors. After a couple of Dutch guys went undercover and filmed what was going on, locals have been particularly wary.

Within five minutes of walking around the village peering into people’s yards, we were verbally ripped apart by a tiny old woman. We have no idea what she was screaming at us, but we knew it was time to run away and take shelter in a nearby café. People seemed amused to see us in the café (and by café we mean a rooftop bar filled with old men enjoying some 10 am beers), and when we tried to pay for our drinks they simply looked at us and told us “You don’t pay for anything here.”

As we were leaving a group of young men approached us offering up some of the local specialty, and they were surprised and confused when we informed them that actually, we don’t smoke.

“So what are you doing here?”

“We’re looking for a nice place to eat lunch!”

Because what did you think Danielle and Silvia would do in a marijuana capital? Join two young locals to indulge in some spaghetti carbonara and white wine, of course!

K., one of the guys treating us to lunch (remember, nobody pays in Lazarat), is one of the few people in Lazarat who speaks perfect English, and he was happy to answer our many questions about his hometown.

K. told us that the average family in Lazarat probably makes around $50,000 a year (though he was just guessing), working for about three months out of the year. Harvest is always an exciting time, when families buy new cars and build extensions on their houses. They don’t bother with cash – “We buy the cars with marijuana,” K. explained.

“But how can Lazarat exist?” we asked. “Does the government ever try to stop this?”

“The government is scared of us. They know if they try to stop us we’ll go to war.” Lazarat has a lot of automatic weapons and grenades, K. explained. “I don’t think it will go on forever, though,” he added. “Sometimes felons from other parts of Albania will come to Lazarat to hide and usually we chase them out, but if they continue to hide here the police will probably have to come to Lazarat.”

In 2004, a local accused of being involved in drug trafficking was shot by the police. The result? A gun battle that destroyed the station. The army was brought in, yet the conflicted persisted, and Lazarat has remained largely independent of the government. The US State Department prohibits their employees from traveling to Lazarat, and on their website states

“Albanian law enforcement has largely left the area alone with no permanent police presence and drug traffickers have been known to patrol the roads and discourage people from entering the region. Police ability to protect and assist travelers in and near Lazarat is limited.”

Still, we thoroughly enjoyed our time in Lazarat (well, except for our encounter with the scary old woman). The pasta was delicious, and K and P were delightful hosts. We were particularly interested to talk to 18-year-old K, who, unlike most young men in Lazarat, is eager to study at university and pursue a career outside of Lazarat.

P on the other hand teased K for being the village nerd and said that he was happy to be continuing his family’s work. However P is interested in eventually moving to the U.S., and he wouldn’t let us leave without promising to do our best to find him an American wife. He’s not necessarily looking for love and has plenty of (drug) money, so any takers are welcome to email us!

We appropriately ended the day hitchhiking back to Saranda in a brand new, customized BMW. Definitely our fanciest ride. We can’t say for certain that the driver was involved in the drug trade, but at every police checkpoint money was exchanged…

Ironically, a few weeks after our visit the Albanian police successfully raided Lazarat for the first time in more than a decade, destroying 23 tons of marijuana.

Don’t worry, we got in touch with K and although some of his family remains in custody at the time of writing, he says that people have enough funds saved to last until next year’s harvest.

* Lazarat is not a tourist destination, and while we had a good experience, we don’t recommend that travelers visit.

This post was written together with Silvia and also appears on her blog Heart My Backpack.