Loving Nairobi and all of its Craziness

As I prepared for my solo trip to Africa, those closest to me weren’t exactly…….encouraging.  My parents didn’t comprehend that I was actually going until I started packing my bags.  They tried to dissuade me — apparently the thought of their only daughter traipsing around Africa was a bit nerve racking.

“How about Japan? Or why don’t you visit your uncle in Ecuador?” I have to give them credit for trying but there’s no substitute for Africa!

One of my younger brothers even offered up some of his hard-earned money to cover any costs I might incur if I would just, please cancel my ticket. Considering I don’t even get birthday presents from my siblings, quite touching. And my friends? If I died (which, apparently they thought which was a very real possibility) could they have my clothes? All of this negativity and worry  started to get into my head, and for a little while I thought about canceling my trip. In the end I relented a bit, changing my flight from Ethiopia into Kenya, which I felt more comfortable with, and where I knew someone. And off I went! Well, a week in Israel, a day in Amman, and then off I went!

By the time I made it through customs it was nearly 4 am. The official discarded my immigration form without a glance, took my $50 and hastily scribbled my name on the visa. Yep, TIA – this is Africa! 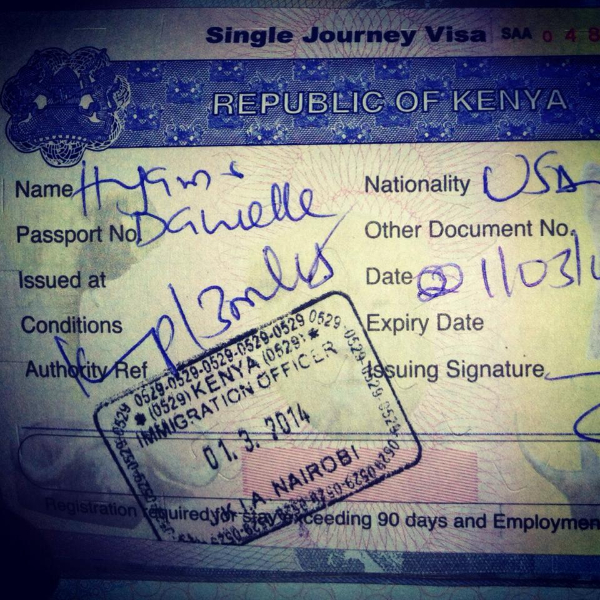 My transition into Africa as a solo traveler wasn’t as jarring as it could have been — I’m lucky to have a good friend from college, Sam, who is from Nairobi, and him and his family were gracious enough to let me stay with them. I spent a lot of time zooming (nope, crawling — traffic here is the worst) around the city with Sam, who was getting ready for an exhibition of furniture that he designed using airplane parts — chic. 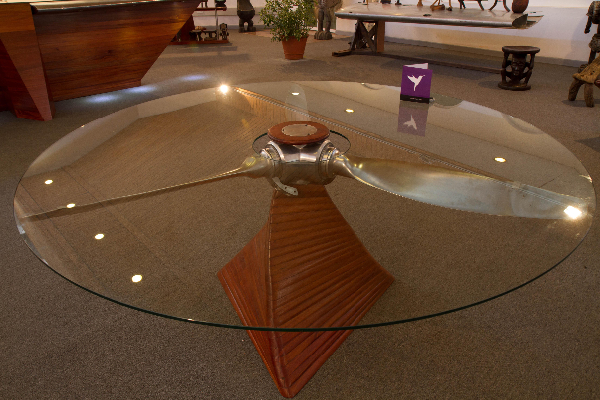 This was actually a great way for me to soak up the city. It didn’t take long for me to remember why I love Africa so much (I visited in 2012 and have been wanting to return ever since). It’s wild and wildy intoxicating — here, anything goes. For instance…..

In Sam’s upper-middle-class neighborhood, where homes are tucked behind gates bearing signs of private security firms, it’s totally normal for traditionally dressed Maasai herders to be walking their cattle down the road.

If a flower seller only has one bouquet, chances are he’s actually selling weed.

That grassy area with trees that we drive by everyday? There’s actually illegal animal trade going on behind the bushes. Exotic birds and puppies.

You don’t need to get out of your car to go shopping. People will come up to you selling everything from water to phone chargers to lamps to puppies (which I always pretend I am interested in buying so I can hold them while we’re stuck in traffic).

In general, everyone is hustling to get by. Businesses never specialize in just one thing. If there’s a butcher shop, it probably doubles as a bar. A hair salon will offer phone charging services. Once, as we were stopped in a tourist spot surrounded by souvenir sellers, our car broke down. Instantly one of the guys was under the hood, tinkering around like an expert. Confused, I asked if he was a mechanic. He was was surprised by my question. “No, I’m a businessman. This is Kenya!”

Traffic lights and signs are almost entirely absent from the roads — not that they would have been observed anyway — creating a total free for all. Don’t think that this means you won’t get pulled over though.  But get a ticket? Probably not —  don’t think a more corrupt police force has ever existed. Just pay your bribe and you’ll be on your way! Just to put things into perspective, the going rate to get out of a DUI is about 500 shillings, the equivalent of $6.

But as I learned, corrupt police officers (especially the kind toting AK-47s) are scary police officers. One night when I was out driving in the old, rambling church van with Sam and his brother, we took a wrong turn, and ended up in an unsavory neighborhood where we broke broke down. 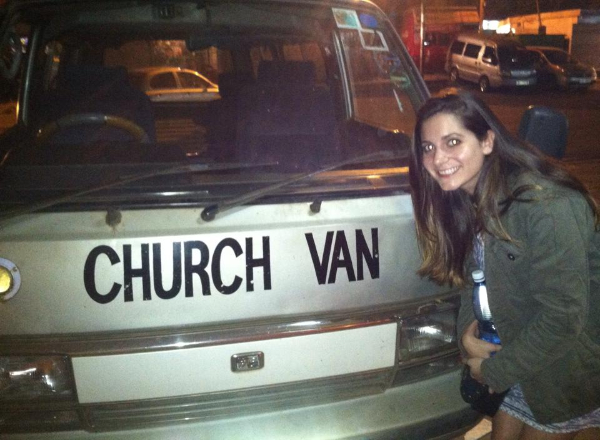 Despites Nairobi’s reputation, locals took us under their wing, helped us push the car, and kept the drunks away. We decided to walk to the nearest police station and wait for our ride, thinking we would be safest there. Nope! As we were waiting, an angry looking police officer toting a gigantic whip approached us and started talking to Sam in Swahili. All I understood was the word muzungu, which means “white person.”  Basically we weren’t allowed to be there, and if we wanted to stay we would have to pay — and because I’m foreign we were obviously flush with cash.

Despite all of the craziness I just mentioned, I love Nairobi! Or maybe it’s in part because of all of the craziness that I love Nairobi. Either way, I don’t want to leave.  In fact, if I choose to stay abroad (which is a total IF), I think that Nairobi would be a great place to live.  Why, you ask? First of all Nairobi is the opposite of a concrete jungle. It’s a huge, sprawling city, with plenty of trees and wildlife. There is actually a national park in Nairobi, with lions and everything. And then there’s the people. Kenyans are so nice, outgoing and helpful, plus almost everyone speaks English, making it easy to get around. This is something that I often missed while in Asia.  There is also plenty of diversity, and Nairobi has a vibrant expat scene. And of course, there are the national parks and the coast, offering endless possibilities for weekend trips.

Plus, in Nairobi you can feed giraffes! With your hand — or mouth. Although the latter involves a lot of slobber. 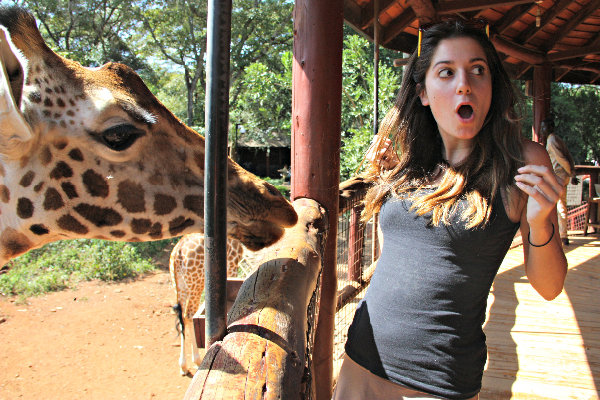 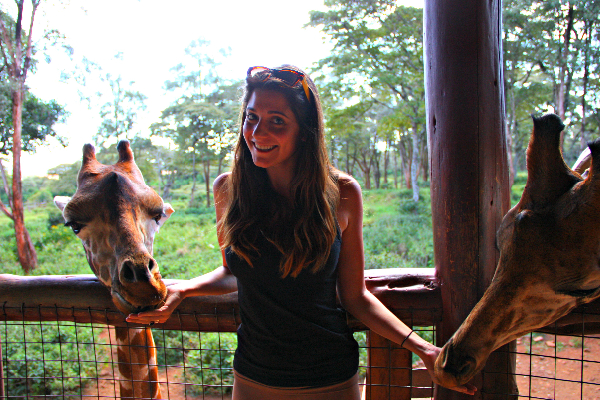 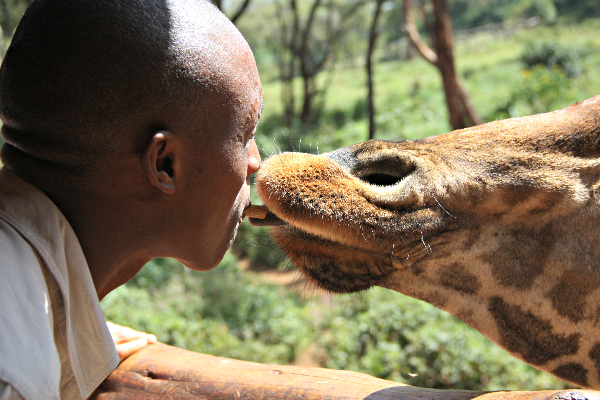