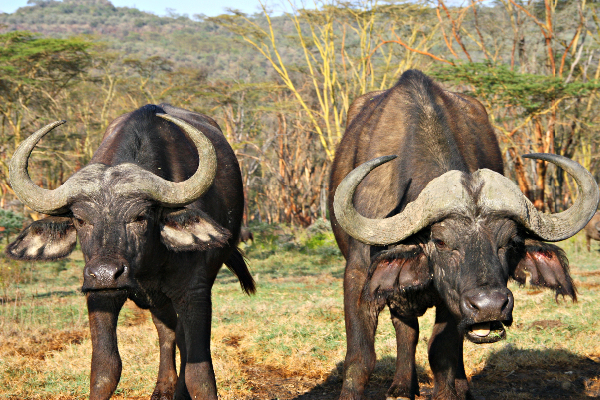 I should start with a confession: I snuck into Lake Nakuru National Park to avoid the $80 entrance fee. More specifically, Abby and I snuck into Lake Nakuru National Park by riding in the back of Sam’s Toyota. So yeah, two grown women in the trunk. According to Sam, this is the tried and true way for foreigners to avoid the prohibitively steep fees imposed upon them. If nothing else, it was certainly bewildering and amusing for the locals who were crowded around watching us climb in. Crazy muzungus.

Anyway, it could have been karma, or Sam may have jinxed us with his declaration that “everything was going too well.” But as soon as we made it past the gate, everything went wrong.

At most national parks, you’re not supposed to be out after dark, but by the time we arrived the sun had already begun to set and we still had to navigate 15 kilometers of rough, unpaved road to our campsite. We bumped along for a while until we came to an extremely muddy patch. A safari vehicle with 4WD would have passed with no problem, but our tiny sedan would have gotten stuck, no question about it. So left with no other options, we tried to avoid the mud by off-roading……. and got stuck. After five minutes of trying to get the car out and failing, headlights appeared behind us. We breathed a collective sigh of relief. Help had arrived! And then three men with huge guns emerged and began yelling at us.

“Show us your tickets!”

The park rangers had arrived and they were not happy. I was so petrified I couldn’t speak. We didn’t have tickets, they had huge guns, and we were alone with them in the middle of a national park. At night. While I was cowering in my seat, Sam handled the situation like a pro. He turned to the ranger in charge:

“I thought you came to help us, but your men are harassing us and scaring my guests.”

By the time he was through with them they were helping us navigate our car back onto the road and sending us on our way. Phew.

We made it without further incident to within 20 feet of our campsite when we realized we were surrounded by 30 sets of glowing yellow eyes. Cape buffalo! Huge, aggressive beasts of animals. I started laughing hysterically but tears were streaming out of my eyes. I was scared —  our flimsy little car could have been crushed in seconds! Luckily, after five tense minutes, the buffalo moved on without paying any attention to us. Again, phew. But seriously, how scary looking are they?!

Free of the buffalo, we continued across the bridge to our campsite where we found……absolutely nothing! No guard, no fence, no other campers, no lights and no running water. How would we be protected from the animals? Who would help us light a fire? Abby and I immediately declared we weren’t leaving the car to sleep — or actually for anything. In the end, a package of ground beef that needed to be made into burgers convinced us to get out. Soon, we were lying around the campfire stuffing our faces and thoroughly enjoying the absolute solitude. I did still sleep in the car though. 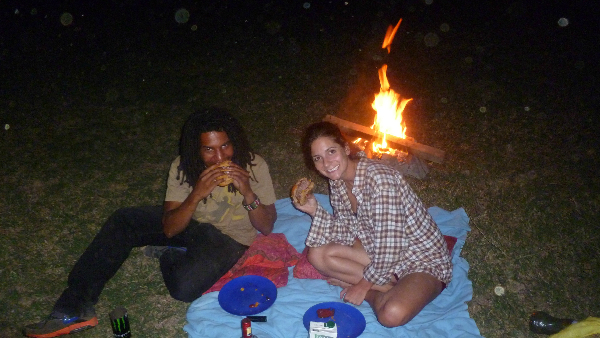 We managed to survived the night, and the next morning went for a lovely game drive where we encountered about 1000 more buffalo, I managed to check rhinos off of my “Big 5” list, tried driving on the left side of the road (Kenya was a British colony) and momentarily got held up by a couple of baboons going at it in the middle of the road. 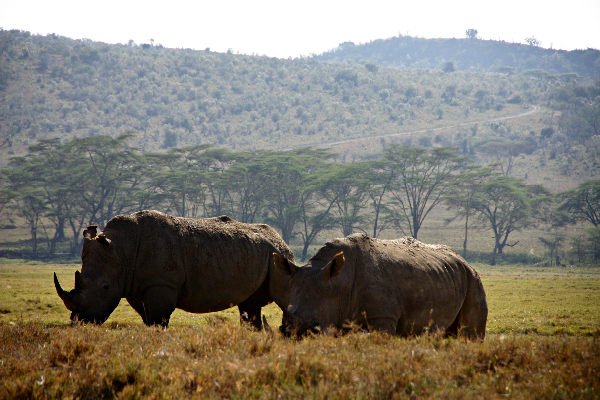 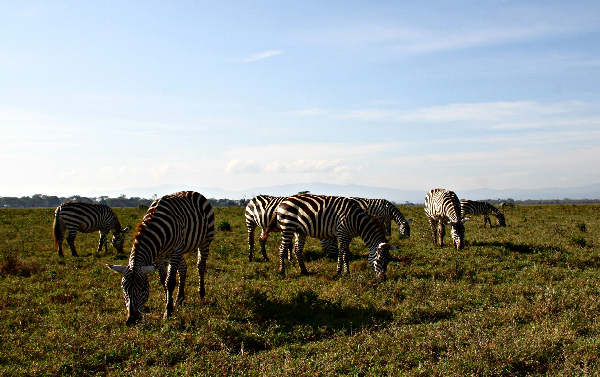 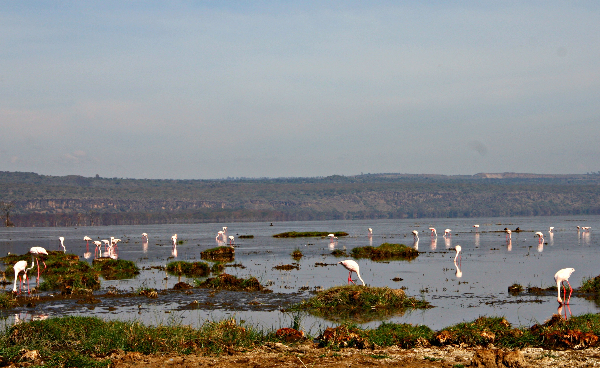 Luck was on our side again! Until we stopped for lunch, that is. As we pulled into the park canteen where we planned on cooking, monkeys attacked from all sides trying to climb through the car windows. Sam had already gone inside, and when I tried to roll up the windows I found that the battery had died. So the best I could do was cover my face with a sweatshirt and scream until the park rangers came and chased the monkeys away. Slightly traumatic but I could deal with it. What I couldn’t deal with is that when we turned our backs (big mistake) one of the monkeys managed to steal our cheese! Our expensive cheese that we had painstakingly saved from the night before so that we could enjoy it with lunch as well. The thief escaped into a tree and devoured  it right in front of our faces. 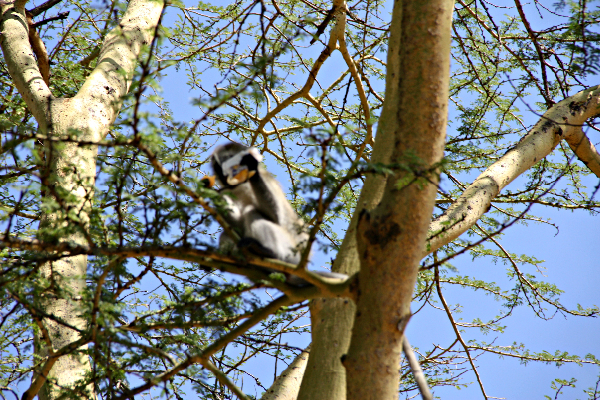 And with that we decided it was time to leave. But not without one more major mishap. As we neared the exit, Abby and I resumed our spots in the trunk, as your tickets are checked on the way out of the park as well. Apparently the fact that there was clearly three people’s luggage in the car aroused the suspicion of the gatekeeper (our plan obviously wasn’t the most thought out). From my hiding place I heard someone ask Sam to open the trunk.

While he calmly explained that the trunk was actually broken and that was why all of the luggage was in the backseat, I began to panic. How was I going to explain my way out of this? I didn’t want to  go to Kenyan Jail!!!  For what seemed like an eternityI crouched there surpressing nervous laughter while the rest of the car was inspected. I don’t really think that the park staff bought Sam’s story, but in  the end we made it through the gate without incident.