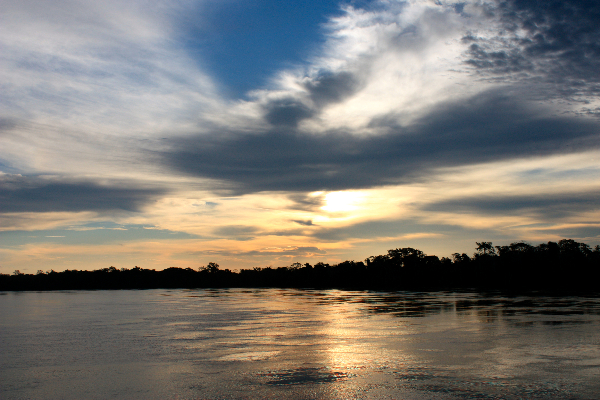 My Personal Peruvian Prison: The Slow Boat From Iquitos To Pulcalpa

14 January, 2016By DaniellePosted in Peru

The room was about 6 x 9 feet, just big enough for two of us and our bags, the hard bunk beds with their filthy mattresses, and the equally filthy seatless toilet. The water from the shower head flowed brown, but it was so chokingly hot and humid I didn’t care. The cracked walls were home to a steady stream of ants and cockroaches so large it appeared they were on steroids. 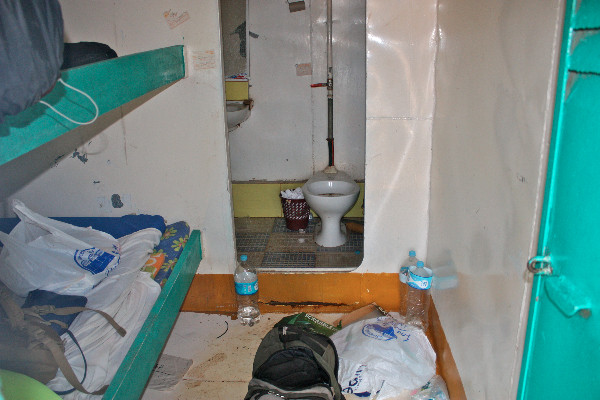 You’re probably thinking: now she’s really done it, ending up in her very own episode of Locked up Abroad. But guys, don’t worry, I was there voluntarily. In fact, I actually paid for those accommodations.

While doing research for the Amazon portion of my trip, it didn’t take me long to come across accounts of traveling through the world’s largest rainforest in one of Peru’s legendary slow boats. These big, lumbering vessels take their sweet time traversing the many rivers of the region, stopping frequently to pickup and unload goods and passengers in small, isolated villages along the way. While the posts I was reading weren’t exactly recommending that method of travel, it sounded like the adventure of a lifetime. 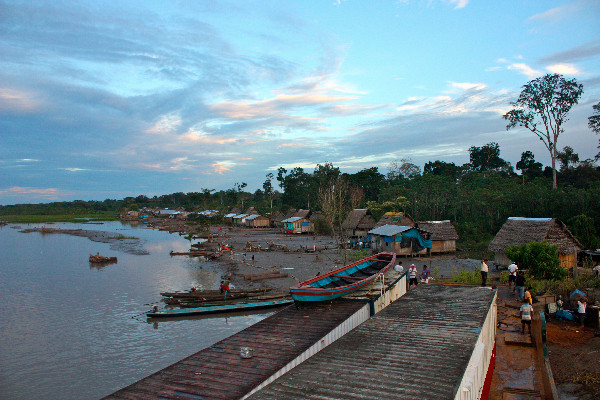 Since I took the fast boat from Ecuador to Iquitos, Peru, I decided to take a slow boat from Iquitos south to Pulcalpa, aka the mainland. General tickets, meaning it’s a free-for-all and hopefully you will find a spot to hang your hammock somewhere, were $30/person for five days and four nights including meals, or you could pay $60/person for a “cabin” + meals. J and I opted for the cabin so we could lock our stuff up and have our own toilet, but also brought hammocks.

Our boat, The Henry III, left approximately two entire days after it was supposed to and we loaded on all of our luggage including J’s motorcycle. No biggie, right? Wrong. Getting on and off of The Henry III involved walking up a steep, narrow, precariously balanced plank as pictured below, so you can imagine how hard it was to get our stuff on. Just kidding, I totally had to pay someone to do it for me – I could barely get myself on and off. 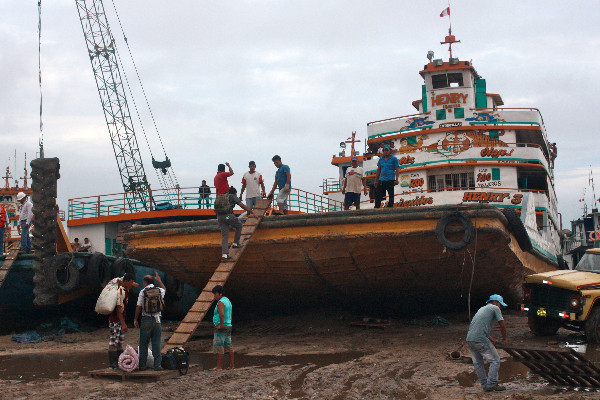 When we finally departed it was smooth sailing to start. The cabin was shabby at best, but we were grateful not to have to worry about watching our bags. The boat was relatively empty and we found a idyllic spot near a window to hang our hammock and drink some wine to celebrate the commencement of the journey while enjoying the sunset. There’s nothing quite like an Amazonian sunset. For a second I kind of felt like Rose from The Titanic before the voyage went south. And then the mosquitos came for us, hungry and relentless. We would soon learn to dread these beautiful sunsets as they were a precursor to the bloody massacre of our skin that would follow. 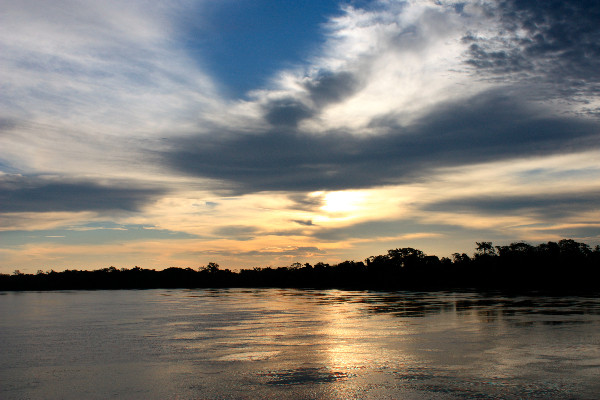 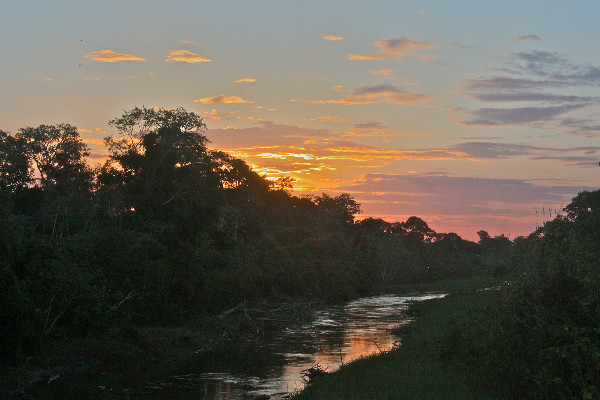 By day two the novelty of the situation began to wear off. The heat inside our cabin was stifling, completely unbearable during the midday sun. At every village porters loaded a variety of products and livestock onboard and people swarmed in, selling goods and claiming their spots. Space dwindled and on day three someone set up their hammock in the six inches of space between mine and J’s. Meal times were as prison-esque as our accommodations; we lined up, dishes in hand, and waited to be served our portion of rice, river-colored porridge, or, if we were lucky, the some freshly caught bottom fish. 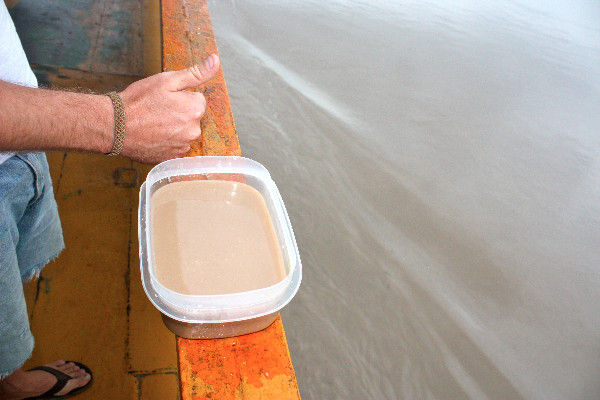 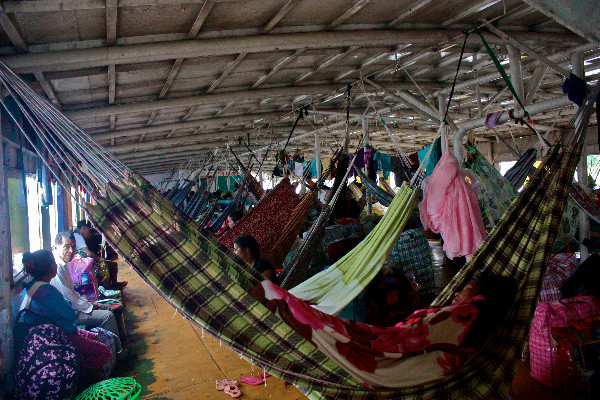 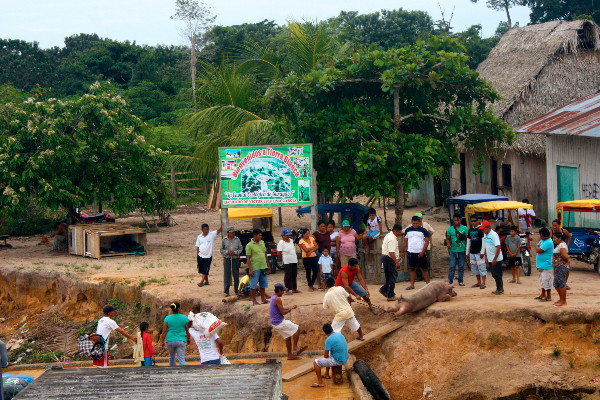 As the days dragged on, the Henry III became an absolute mess of people, parrots, and pet monkeys taking up every square inch of space. Let me illustrate the chaos: one day we were stopped in a tiny village and a bunch of vendors boarded, selling freshly grilled fish and sugary beverages in bags to the hungry crowd. About 15 minutes after we departed it became apparent that one of the vendors had forgotten her young son on board. And the craziest part was, it was NBD. They gave the boy some chips and next time a boat came from the opposite direction they flagged it down and casually handed him off to be taken back home.

I know it sounds like I’m complaining, and that’s because I am!  But don’t worry, the trip wasn’t entirely miserable. I broke up the long days with Scrabble, group card games, impromptu concerts, hanging out with new friends (mostly the 10 and under crowd) and peanut butter and jelly sandwiches. Despite the fact that I was crammed into a boat with hundreds of people there was something so serene about traveling by river. 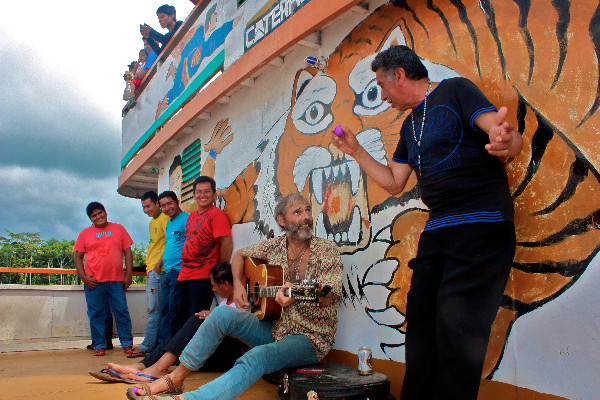 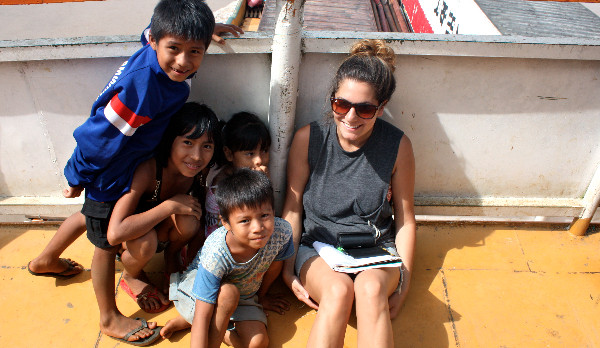 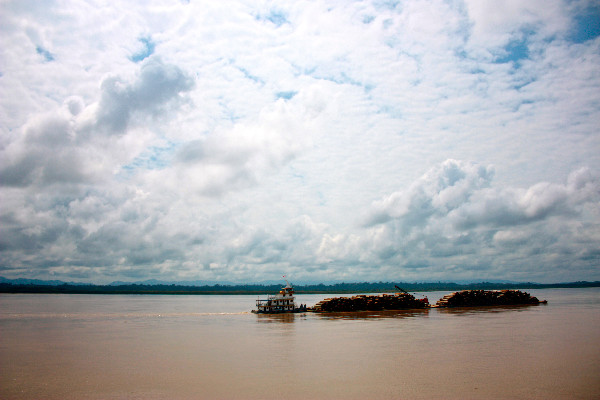 On night four the crew of Henry III rescued a Japanese couple attempting a three-week downriver journey on a banana leaf raft which didn’t end well. Shocking, I know. To be accurate, the crew rescued the couple and a baby monkey and a puppy, which they had purchased just for the occasion (note: this is how not to be a responsible traveler). Obviously I was thrilled to be hanging out with baby animals and quickly offered up my pet sitting services to the exhausted travelers. So yeah, basically that’s how my slow boat trip ended on a high note. 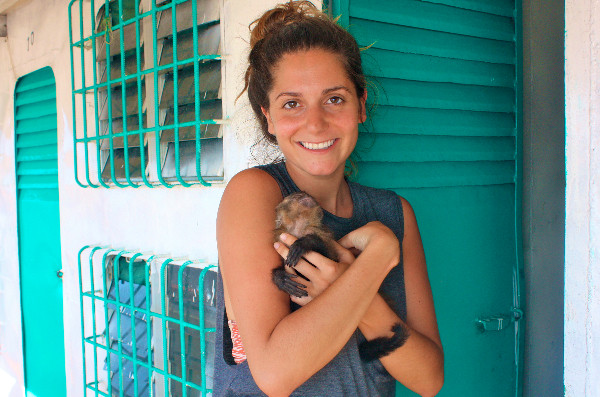 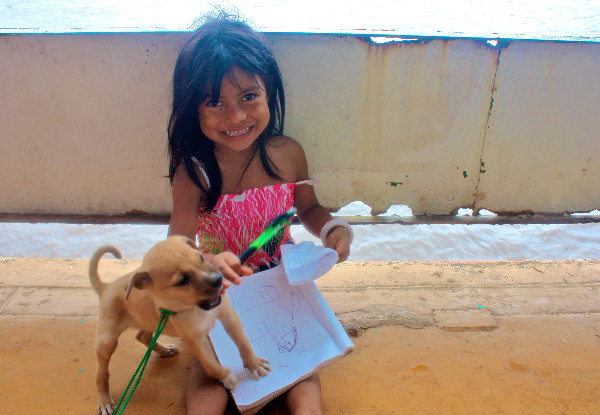 After all that, would I recommend traveling by slow boat? If you have ample amounts of time, snacks, DEET, sleeping pills, and are hungry for the adventure of a lifetime …..go for it!

2 thoughts on “My Personal Peruvian Prison: The Slow Boat From Iquitos To Pulcalpa”