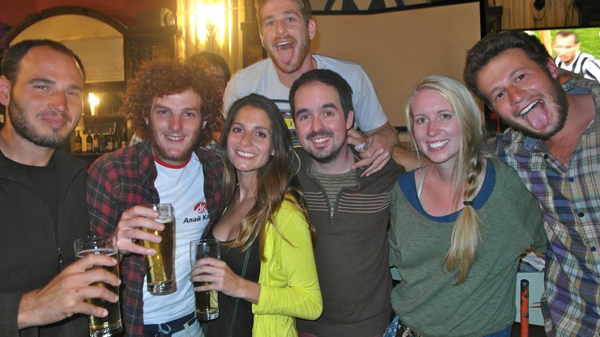 27 December, 2013By The Roaming CoconutsPosted in Uncategorized

“13 — of 2013” posts have been popping up all over the travel blogosphere. From posts chronicling 13 travel bests of the year to a post about a blogger’s “13 Best Hate Comments of 2013,” this has been a great week for reminiscing. Not being ones to miss jumping on a bandwagon, Danielle and I have come up with our own 13 of 2013 roundup, this time highlighting the good, the bad, and the plain weird of traveling in 2013. Hope you enjoy this glance back through the year as much as we did!

Best: Danielle and I met! We met in early 2013 through mutual friends in Chiang Mai’s Burmese NGO community. We were actually a bit of an unlikely pairing, as we didn’t exactly hit it off at first, and in a way it was our shared love of travel that cemented our friendship. Danielle had plans to go backpacking after finishing volunteering, and when she mentioned wanting to go to Mongolia I immediately jumped on board. At first I was only going to join her for the Mongolia portion of the trip, but then it turned out that we actually did like each other and really, if we were going to travel for a month together, we might as well make it four and a half, right? The rest is [blog] history. 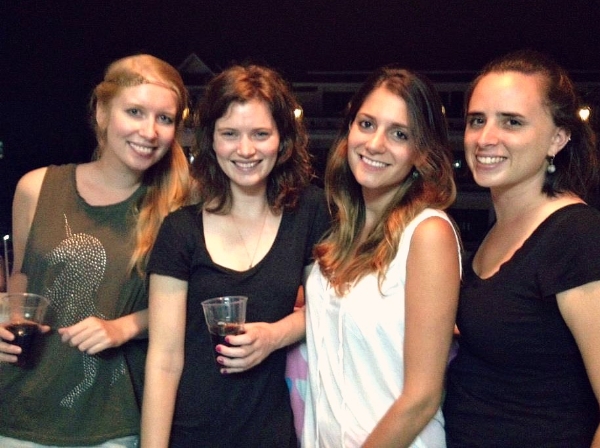 Best: Sushi binge to kick off the trip. This post (the second on our blog) feels so long ago! The night before flying to Indonesia we celebrated with an all-you-can-eat buffet at a Japanese restaurant in Bangkok. While gorging on endless sashimi ( 75 pieces, true story), katsu curry, and milk cheese puddings, we excitedly talked about the adventures we would have in the coming months. We had no idea about all the bests and worsts that were awaiting us! 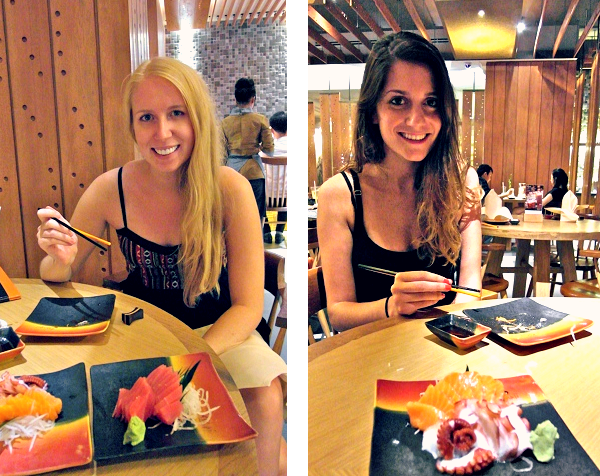 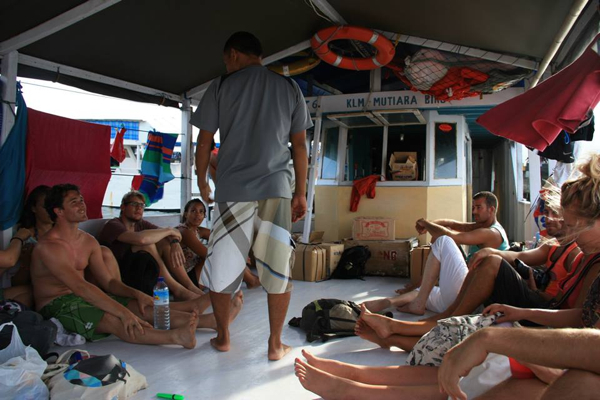 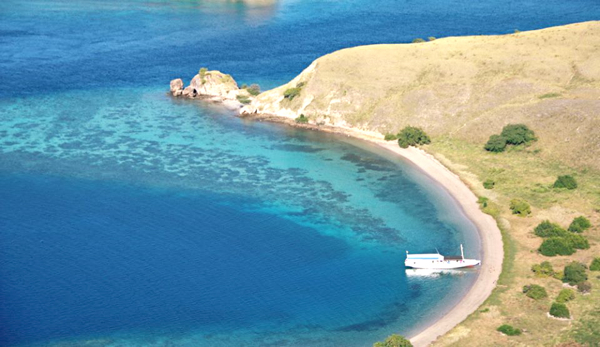 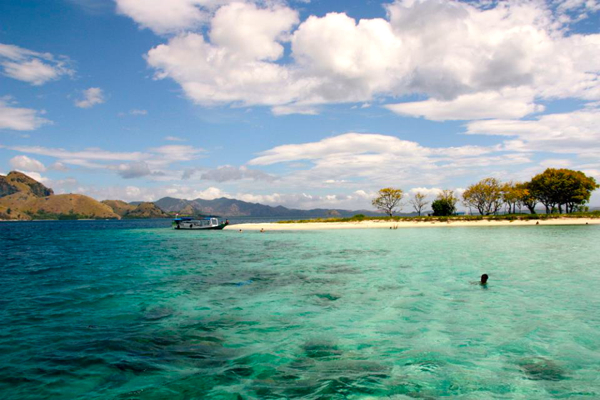 Worst: Silvia was bedridden in Beijing. After somehow contracting a respiratory infection in Indonesia, Silvia spent three weeks visiting Beijing’s hospitals and trying to recover in bed. It put a bit of a dent in our schedule, but she eventually got better and we ended up rerouting our trip to go to the Stans instead of Mongolia, which worked out well! The extended stay in Beijing also made time for another best: a sleepover at the Great Wall. 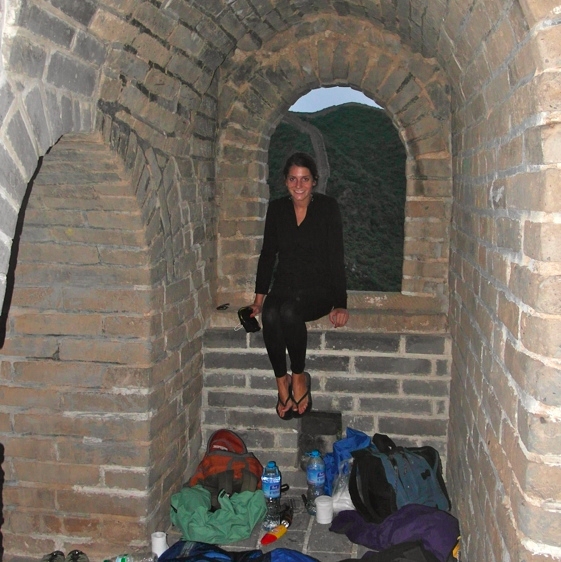 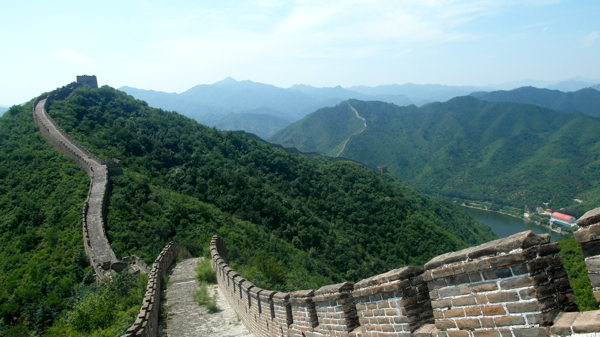 Strange: We had our backs cupped in Beijing. It was surprisingly painful and the marks took ages to fade, but we also had no more hospital visits after this, so maybe Jennifer and Gwyneth are actually on to something? 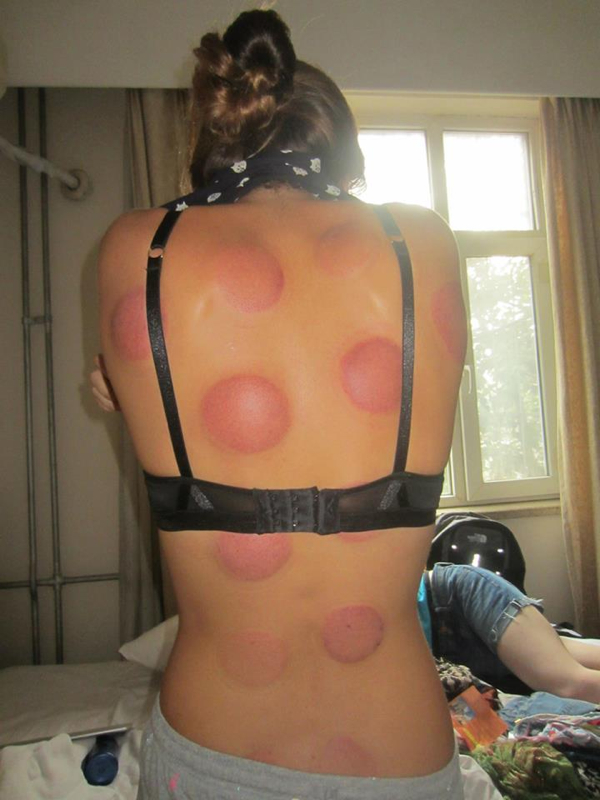 Best/Worst/Strange: Spending 72 hours on a train across China. Lesson learned: book ahead so that you can get a sleeper. 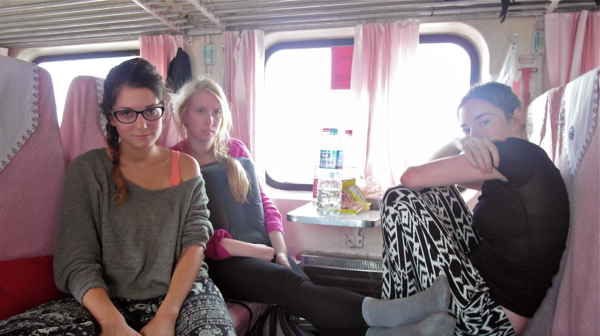 Worst: Bedbugs from Kazakhstan.  I don’t think we have to elaborate here… 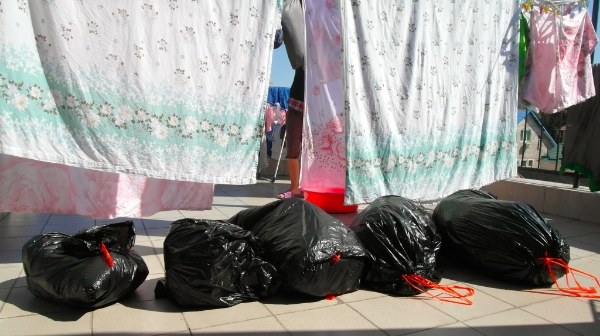 Best: Horse trekking in Kyrgyzstan, where we discovered that Danielle might just be a horse girl, and the Kyrgyz mountains are even more beautiful than we had thought. 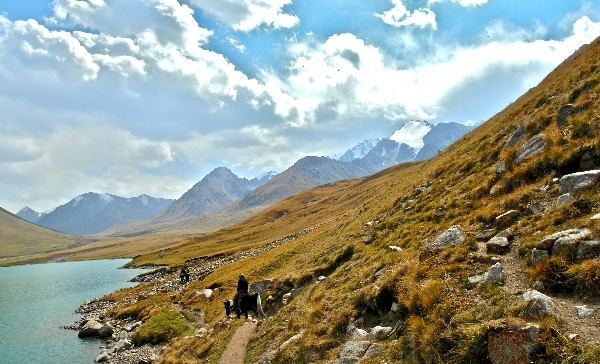 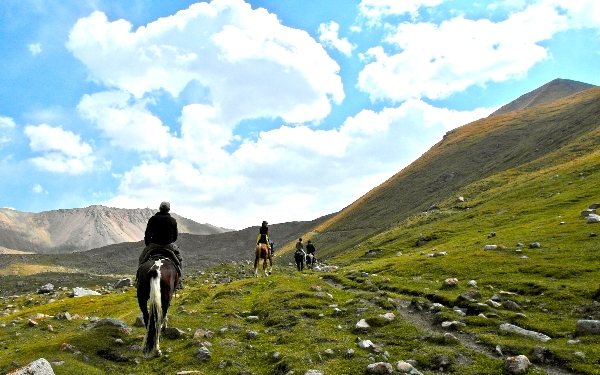 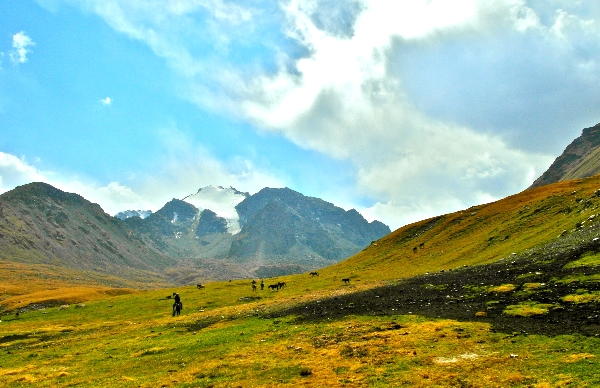 Best: Gourmet dinners and good friends at the Sakura Guesthouse in Bishkek.   You meet all kinds of amazing characters when you’re traveling, but every now and then you really connect with a group of people and you’re like, “why can’t we just live ten feet away from each other all of the time?”  That’s how we felt about the Israelis we met in Bishkek.  They also happened to be amazing cooks and we got to trade in our usual cheese sandwiches for gourmet dishes like pasta with salmon cream sauce and meatballs and mashed potatoes for a few nights.  I can’t wait to see them when Silvia and I are in Israel in June! 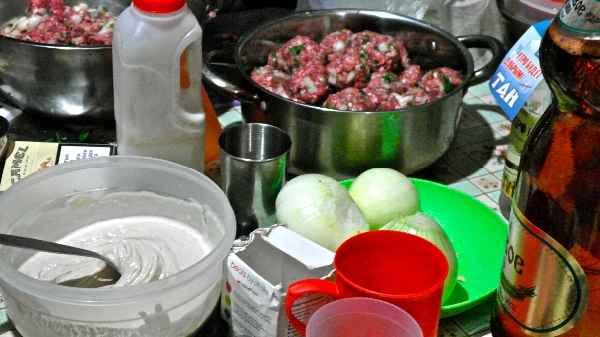 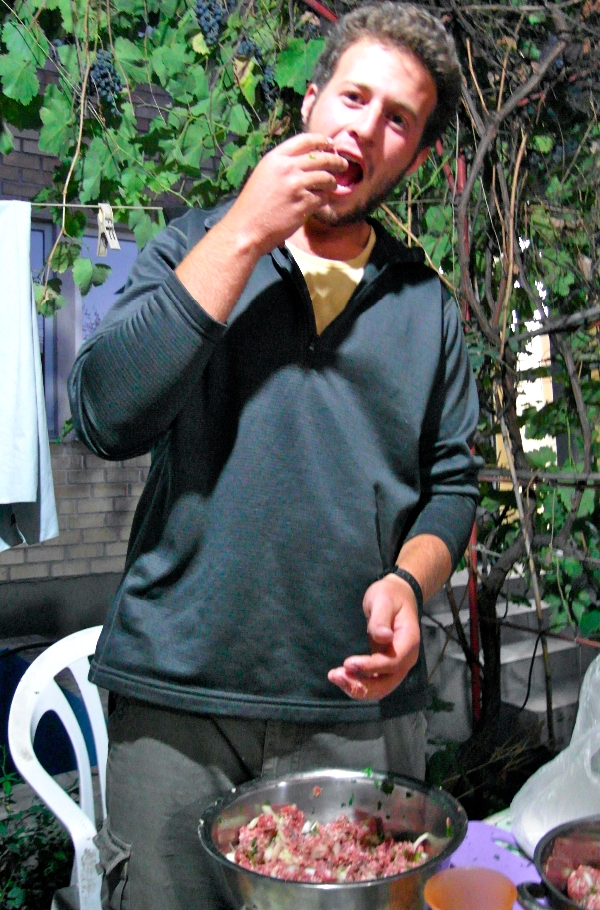 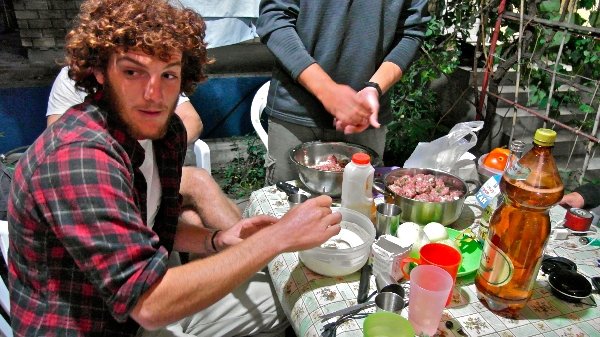 Best: Hitchhiking in a semi on the Pamir Highway in Tajikistan. The scenery in Tajikistan was beautiful and quite unlike any other place either of us had been before. The locals were also extraordinarily kind and hospitable, most notable being when two truck drivers offered us a free ride in their truck for the 25+ hour journey from Khorog to Dushanbe. It was definitely a best travel moment for us, though maybe a bit of a strange one as well. 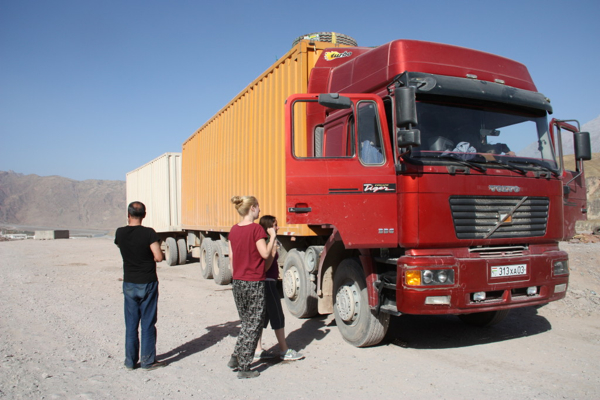 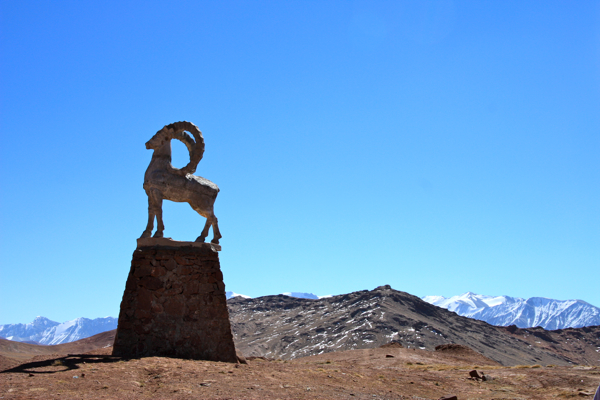 Worst: Sasha was denied entrance to China and she returned home. Whenever I tell friends about this they have the same response: “she couldn’t get into China, so you left her?!” I still feel awful about it. At first it seemed as though we would obviously all go back to Kyrgyzstan with her, as we couldn’t very well split up, but after discussing all of our options (one being that I go back to Kyrgyzstan with Sasha and Danielle go on to China alone), Sasha decided that she would go back alone. I still wonder what would have happened if we had gone back with her, if she would have booked a flight to meet us in Vietnam or we would have just skipped China altogether, but in the end Sasha was happy to be returning home as she had been quite homesick, and Danielle and I had some great experiences in China, so I guess it all worked out? 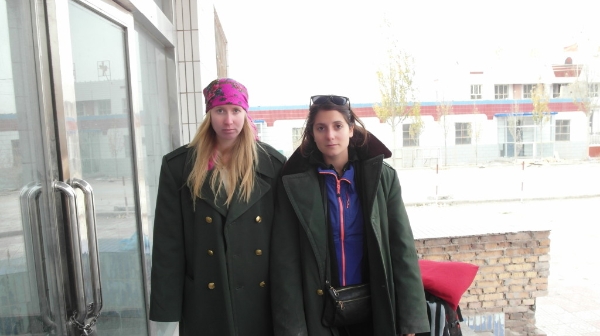 Best/Worst: Hitchhiking in China. Hitchhiking was a best for me and more like a worst for Danielle, but we can agree on the strange: meeting Big Brother Wong and his well-dressed dog. 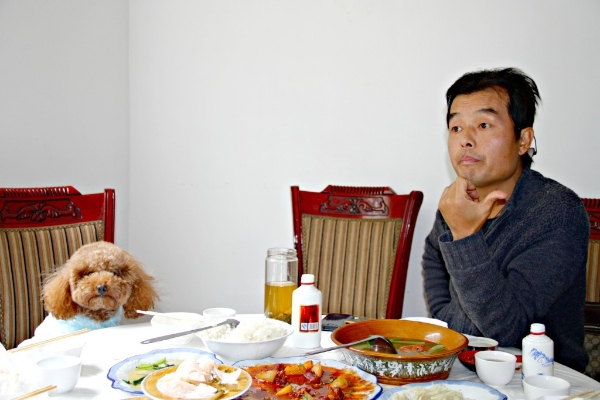 Worst: Danielle’s purse was stolen in Vietnam.   The climax of many unfriendly experiences in Vietnam.  It was not our favorite place but maybe it deserves a second chance. Still, consider a fanny pack if you go.

What about you, lovely readers? Any best, worst, or strange moments of 2013?