Passportless on the Albanian Riviera

25 September, 2014By DaniellePosted in Albania

This post was written with Silvia of Heart My Backpack!

If you were following the news in the 90s you’re a) old and b) you probably remember Albania as a war-torn and closed off country, under the tight control of a brutal dictatorship. Luckily, the Albania we experienced in 2014 couldn’t have been further from that. Beautiful white-sand beaches, clear turquoise water, cheap food and wine and some of the absolute nicest people. And by nicest we mean the owner of the first hostel we stayed at didn’t bat an eyelash when we showed up sans passports. Wait what’s that? Yeah, somehow we managed to lose our passports at the border. 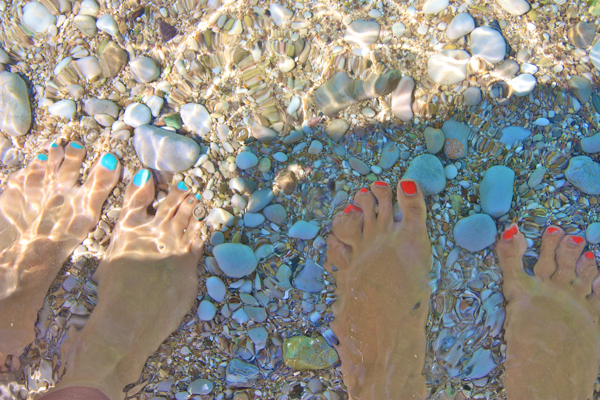 The story goes that we were on one bus coming from Athens going to a city two hours away of our destination. When we told other passengers where we were going they automatically spoke to another bus driver at the border who would take us to exactly where we needed to go, for free. Perfect right? Well no, actually. As we were sitting on the new, comfortable bus (exhausted mind you, it was 4 am at this point and we weren’t thinking so clearly) we looked at each other and said, “The border guards gave our passports to this bus driver, right?” Wrong. So we assumed we would get them when we stopped at the Albanian border. Wrong. The bus never stopped. Once we realized we weren’t getting our passports back we spoke (“spoke,” there was really no shared language) to the bus driver who promised to take us back to the border that evening to retrieve our passports. An hour later as the three of us were standing in the middle of a field next to his bus parking spot, our driver told us in a mixture of Italian and broken English that we should go take a nap at his apartment. He loved Americans! Especially, he said, because of Bill Clinton’s infamous tryst with Monica. Um, help?

We thanked him for all of his help and hurried off to find ourselves a hostel. By the time we arrived at Saranda Backpackers it was almost 6 am. The owner, Tomi, upon hearing our dilemma, took down all of our information and sent us to bed. Two hours later he was waking us up, telling us our passports had arrived. We never did figure out how he did it, but let’s just say we were grateful.

Small, yet lively beach town. We were there pre-season but there were still plenty of people. The prettiest beach, Ksamil, was just a 15-minute bus ride away. 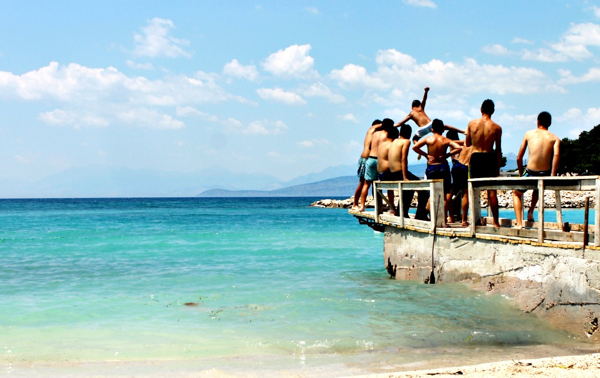 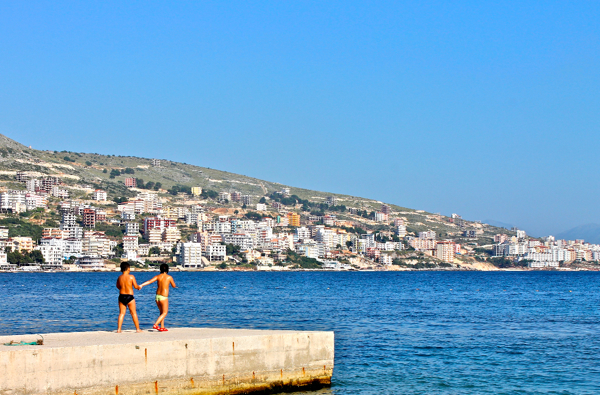 There’s plenty of fresh, cheap seafood along the coast. We found a nice, local seafood restaurant – just walk about 20 minutes north on the main road until you get out of the touristy area. 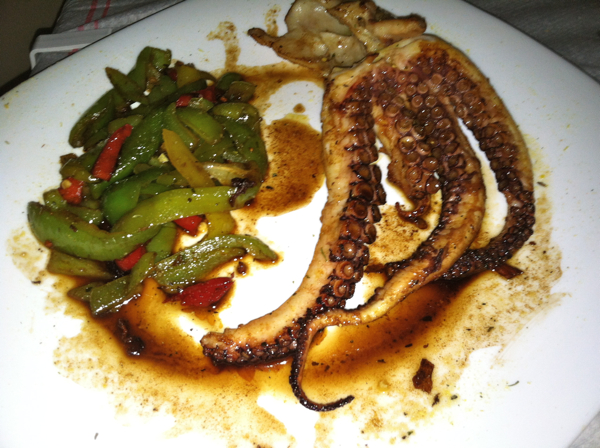 An even smaller but possibly more beautiful beach town. 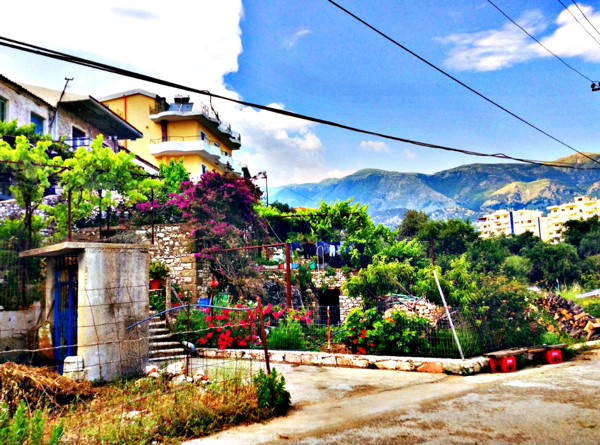 It was pretty dead when we were there but we really loved it. The ride from Saranda was stunning. It will rival any other coastal drive you’ve ever done. 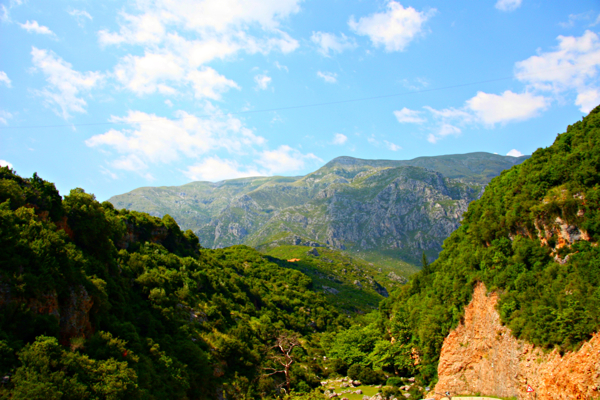 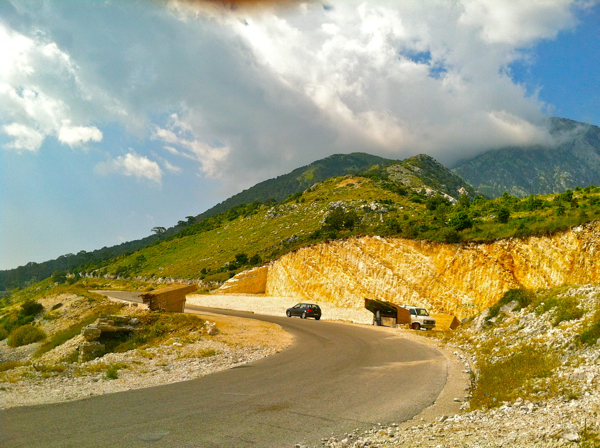 We hitchhiked, which was relatively easy and how we got around the entire country. We were able to find a random room (there are many to rent) for $20/night, after bargaining.

A big and built up beach town. We came here specifically to visit an Albanian-America couple who gave us a ride from Saranda to Himara in their Pennsylvania-licensed car! 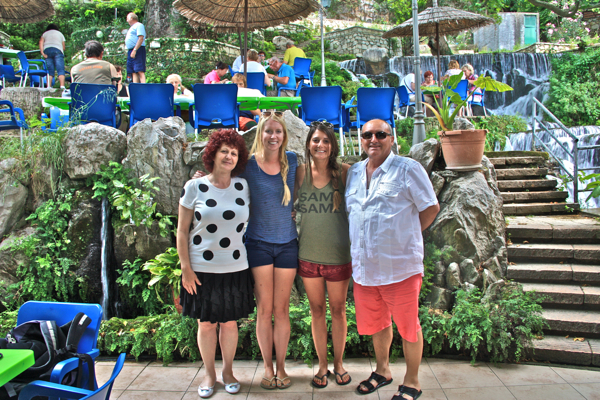 Pretty beaches but a little crowded for our taste. 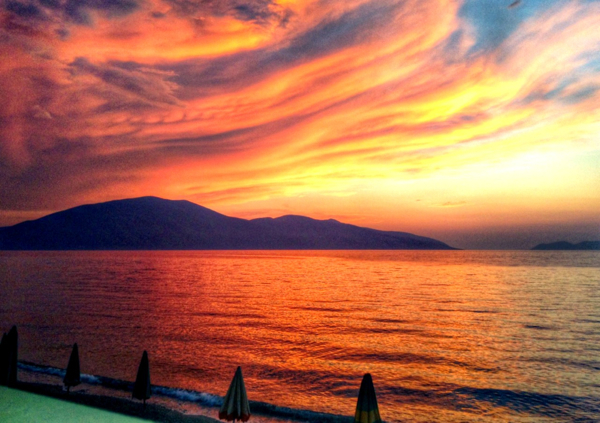 We wouldn’t have gone if not for our new friends but if you’re looking for a super lively city on the beach, Vlora is your spot.

A beautiful, European feeling city with lots of street side cafes and bars. We got $3 haircuts, our first since Tajikistan (9 months ago!). We would love to tell you more but we spent the entire time hanging out with our Couchsurfing host and eating pizza.

I didn’t think it was possible to get sick of pizza but it is! That being said, eat pizza while you’re in Tirana– the Italian influence is noticeable but the prices cheap. Oh, and if you don’t like pizza, there is always Albania Fried Chicken! 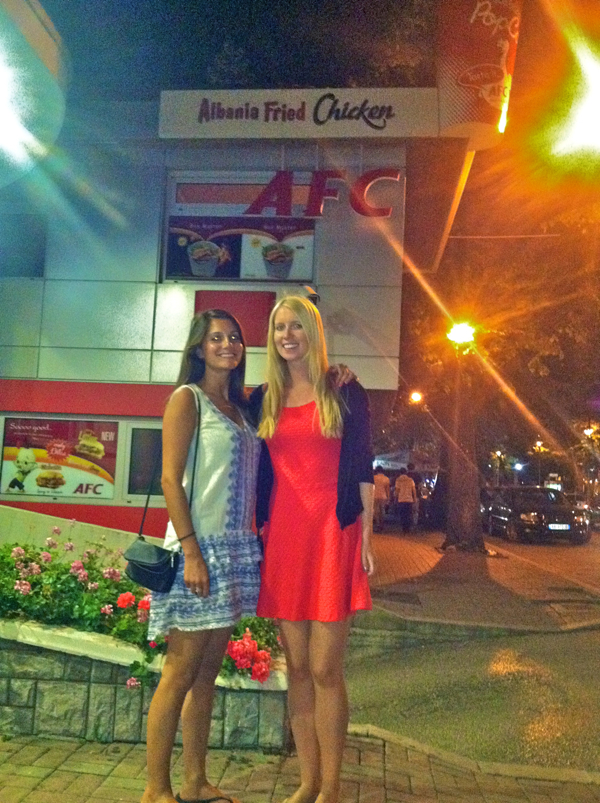 2 thoughts on “Passportless on the Albanian Riviera”