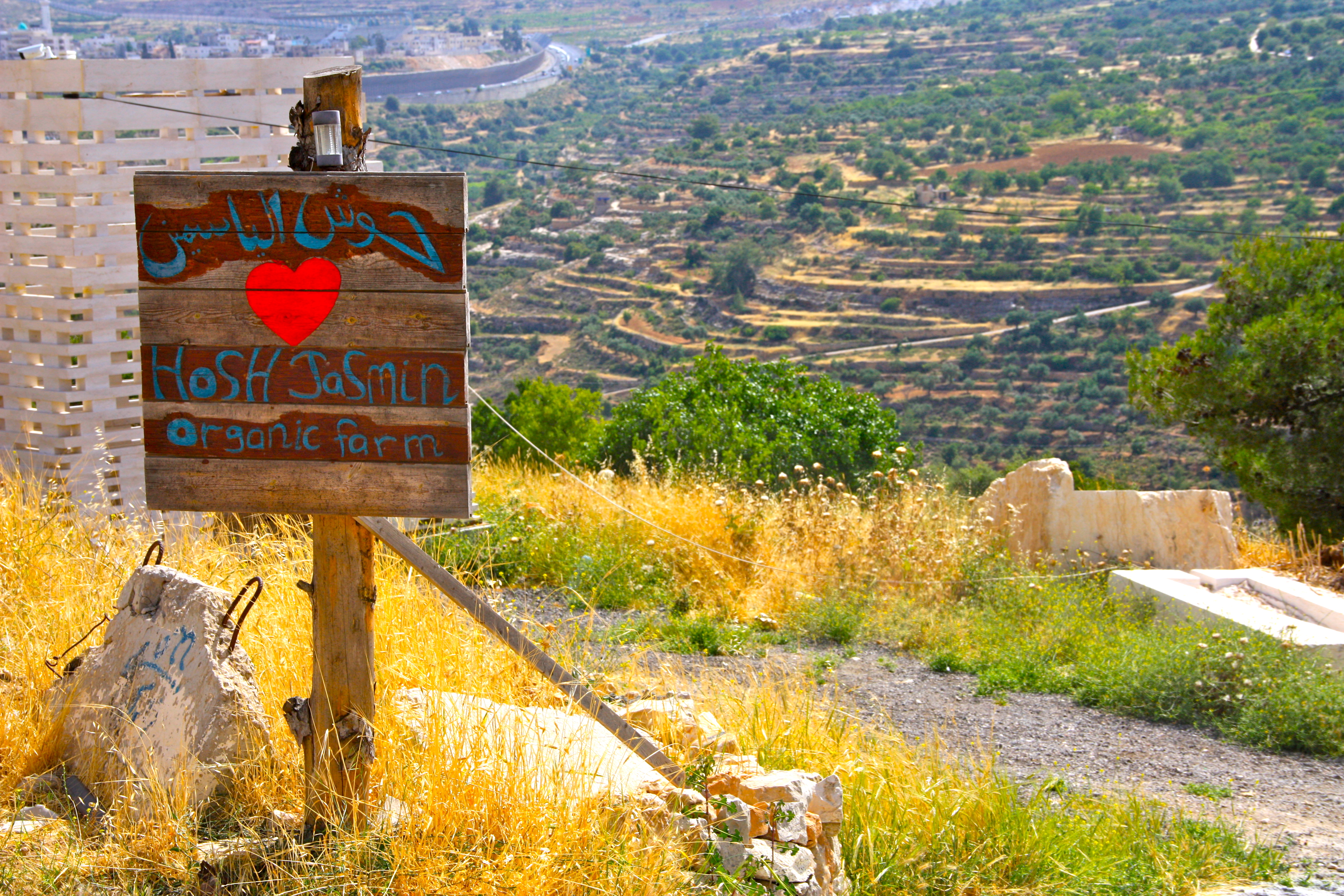 13 August, 2014By DaniellePosted in Israel

The West Bank. Palestine. Whatever you want to call it, controversy over this small yet politically and religiously charged piece of land has been saturating the international news for years, so chances are you’ve heard of it. You probably even have some sort of opinion about it. Though I had been to Israel several times, I had never spent more than a few hours in the West Bank, and even then it was with an organized tour. I really enjoyed my time in the West Bank, and would recommend a visit to anyone traveling in the region.

The West Bank is divided into three different zones. Zone A is under total Palestinian control. Israelis are barred by law from entering.

When planning our trip to the West Bank our first stop was naturally Couchsurfing, where we connected with Mo who lives in Hebron. When he accepted our request, we decided to make Hebron our first stop. (Mo loves receiving guests, and gave us permission to link to his account. If you’re planning a trip to Hebron, be sure to get in touch with him — he’s awesome). We left from Tel Aviv; getting there was easy.

1. Take an Egged bus to Jerusalem

2. Exit the bus station and walk straight ahead to the tram. Cross the tracks and take the tram (₪7) to Damascus Gate.

3. Once at Damascus Gate look for the busses with Arabic on the sides. Take a bus to Bethlehem (₪9).

4. Once the bus lets you off at the last stop ignore the taxi drivers and walk straight ahead to the shared yellow vans headed to Hebron (₪9).

5. In Hebron, you can take a shared taxi (which looks the same as a regular taxi) anywhere around the city center for ₪2.5. [/box]

We immediately liked Hebron. It had a distinctly Arab feel and made a great base for exploring the West Bank. Our first day we spent exploring Bethlehem, which was only a 45-minute driver by mini bus (₪9). Silvia’s Christian upbringing really shone through as she patiently stood in line among many devotees, anxiously waiting to kiss Jesus’ birthplace. We were there just a day after Pope Francis, and the excitement over his visit was palpable. 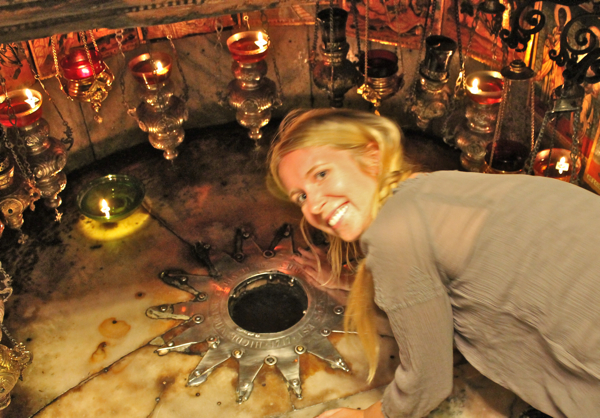 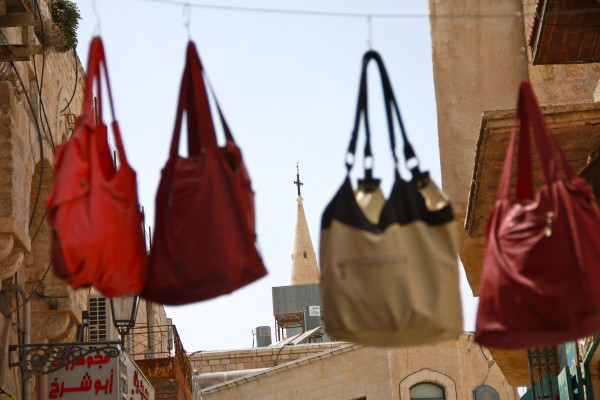 The highlight of our trip to Bethlehem was lunch at Hosh Jasmin, an organic farm in the neighborhood of Beit Jala. A little oasis with a great view, delicious homemade food and the chance to try Palestinian brewed Taybeh beer, it’s definitely worth a stop. They also offer camping. (We didn’t have time, but it is possible to visit the Taybeh brewery or attend their Oktoberfest celebration). 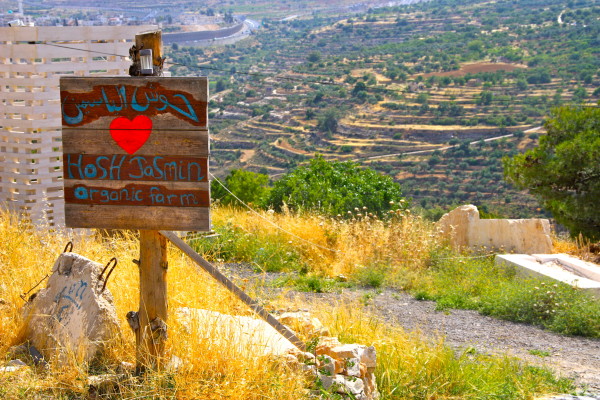 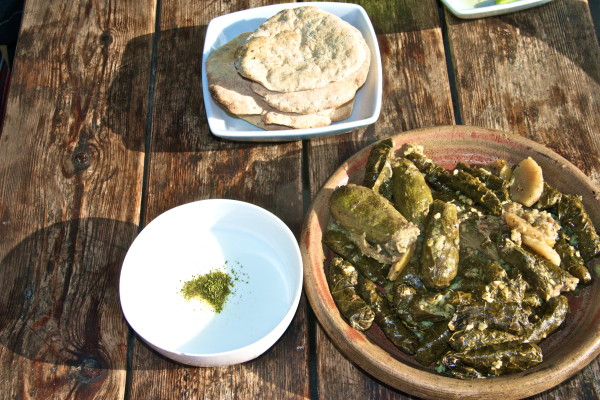 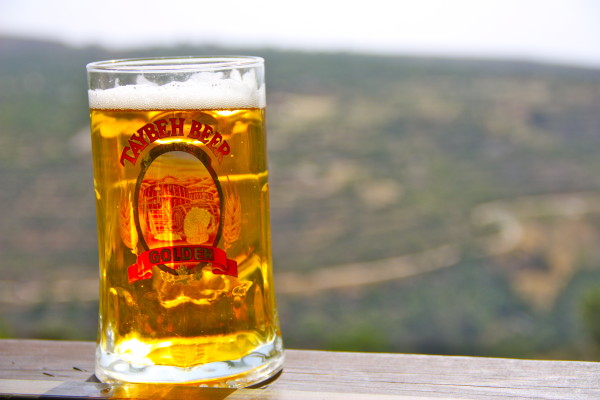 The following day we headed to Old Hebron, which started with a walk through the bustling market where we tried hard to avoid the many tour guides offering their services. Once we passed through two metal gates and answered the questions of an Israeli soldier, we were officially in Old Hebron. The area is visibly divided into two sections, though not quite as much as the first time I visited, when there was a literal concrete barrier in the road; Jews on one side, Arabs on the other. This barrier still exists though, especially at the Tomb of the Patriarchs, half of which is in a mosque, the other half in a synagogue. 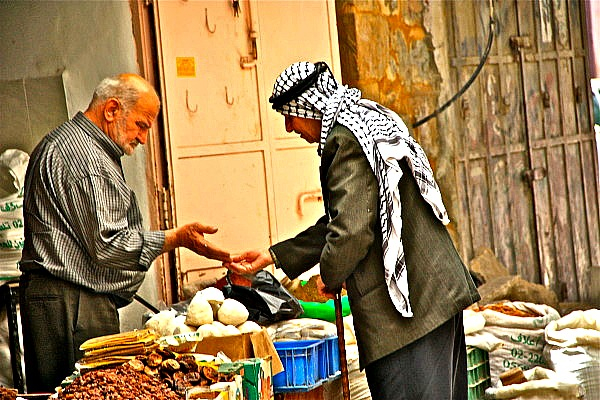 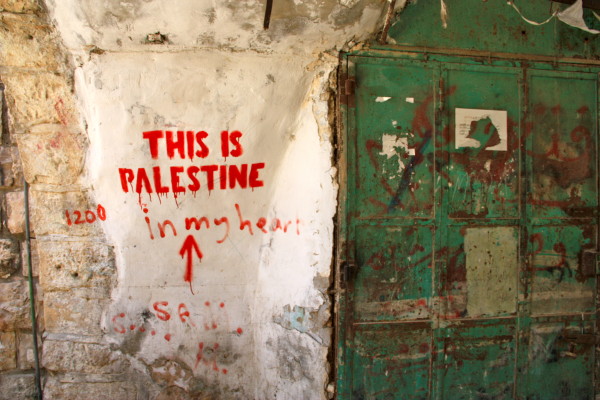 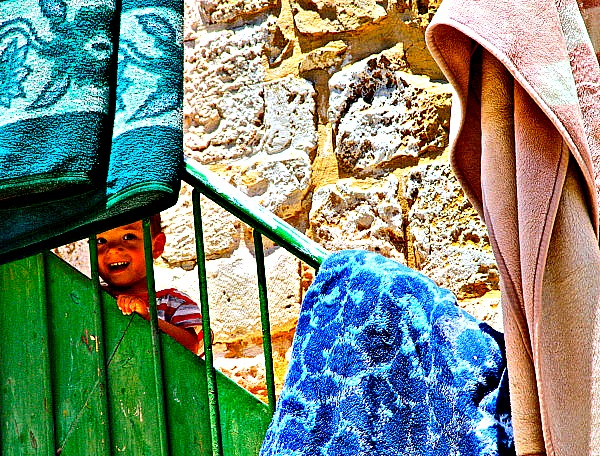 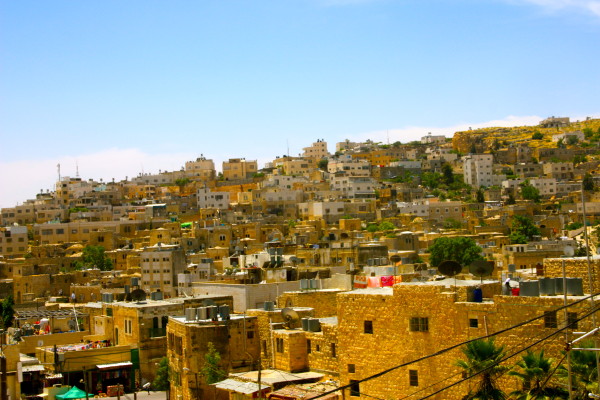 After visiting the tombs we wandered through the Jewish area of Hebron. Crossing the barrier back into Zone C felt like entering a new country, leaving behind the Arab market for a green park filled with school children. 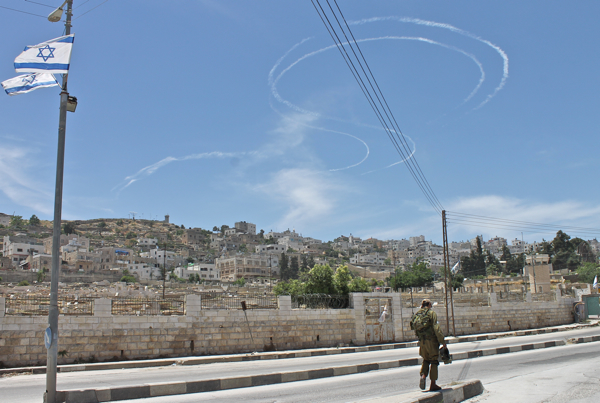 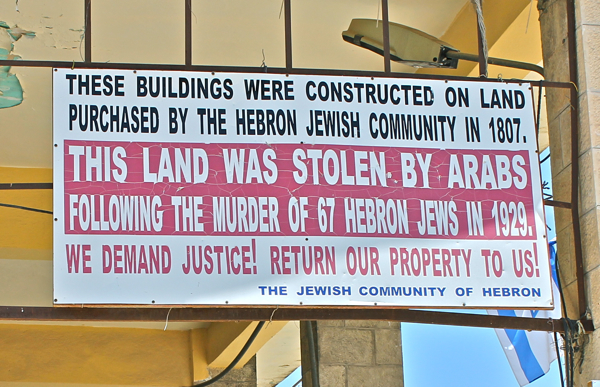 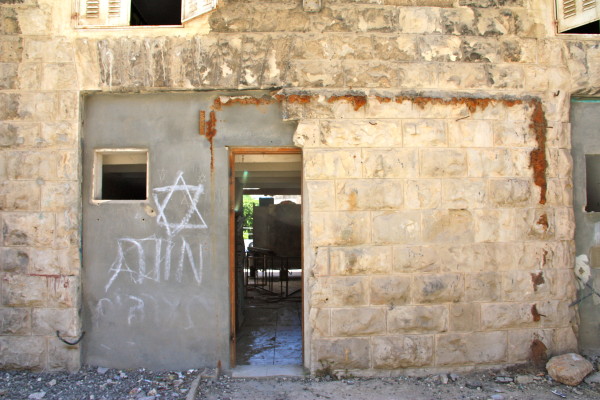 We then returned to Mo’s apartment, which is in the new part of Hebron (Zone A). While Old Hebron is incredibly interesting and an obvious tourist destination, we really liked hanging out in New Hebron, which felt much like any other Arab city. 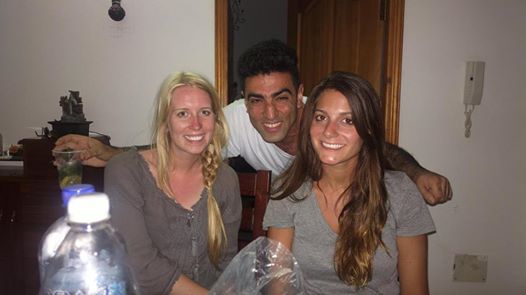 Our main takeaway from talking with Mo, some Jewish friends in Israel, and a Jewish settler was that the situation in Palestine is far from encouraging and might just always remain a bit of a mess.