What We Did In Vietnam

1 December, 2013By The Roaming CoconutsPosted in Vietnam

Vietnamese food is probably the most delicious we’ve had on this trip.  Pho, spring rolls, rice noodles,  banh mi and loads of fresh herbs.  So delicious! 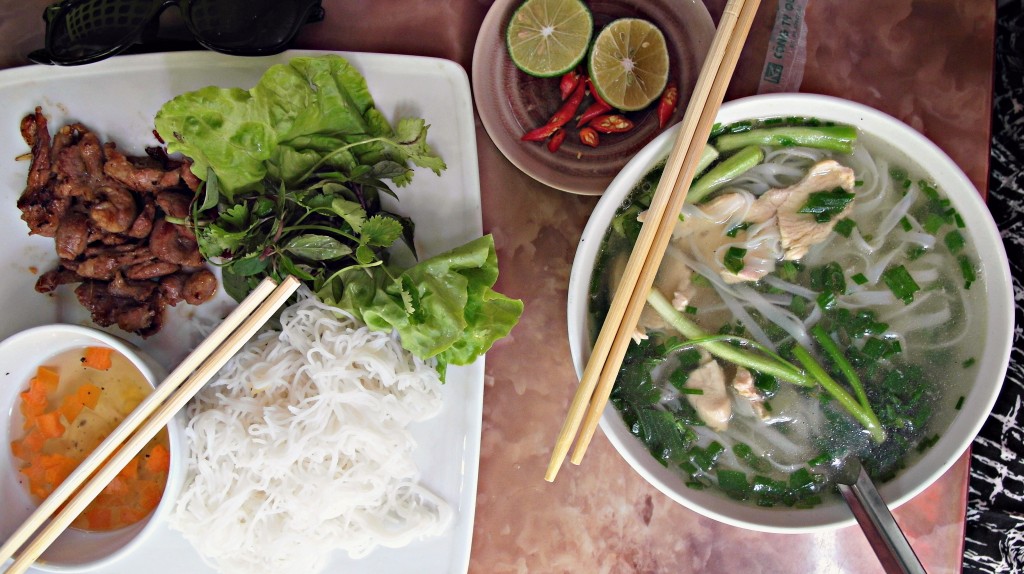 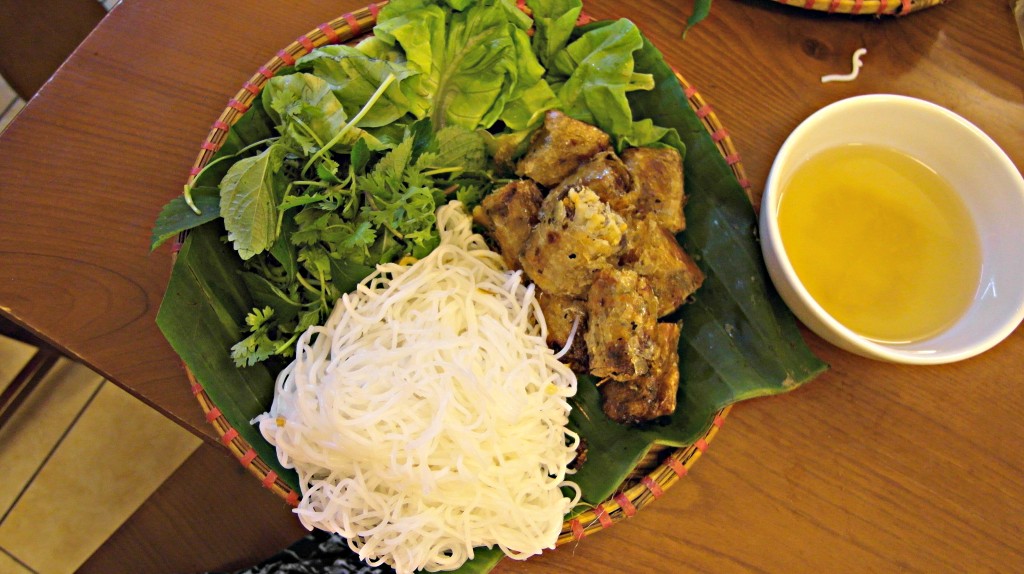 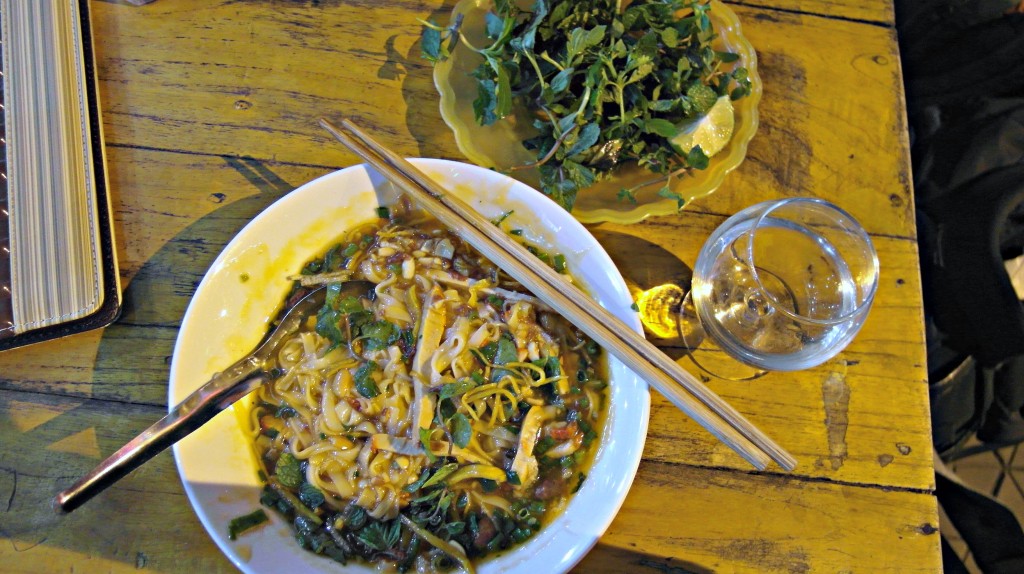 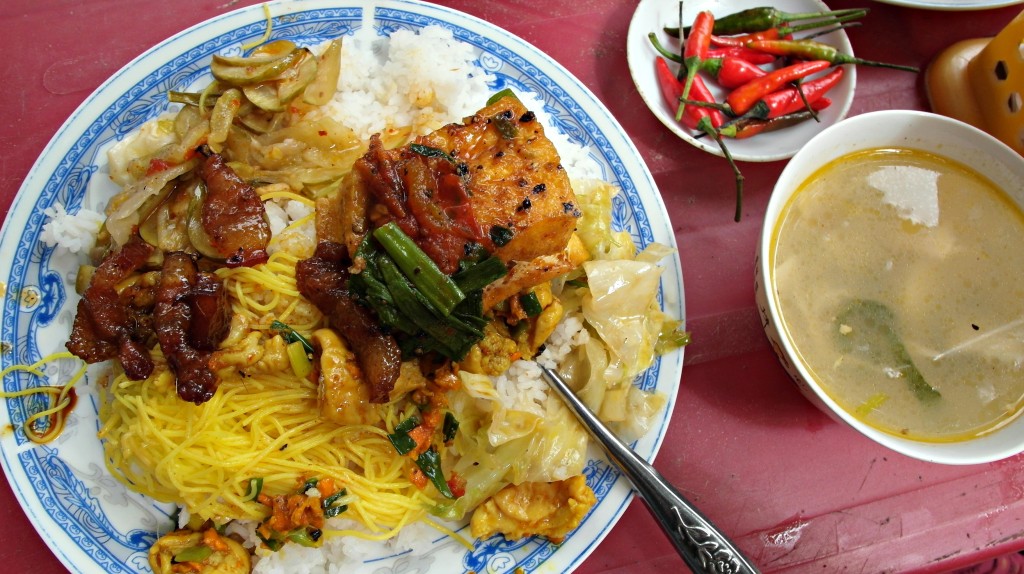 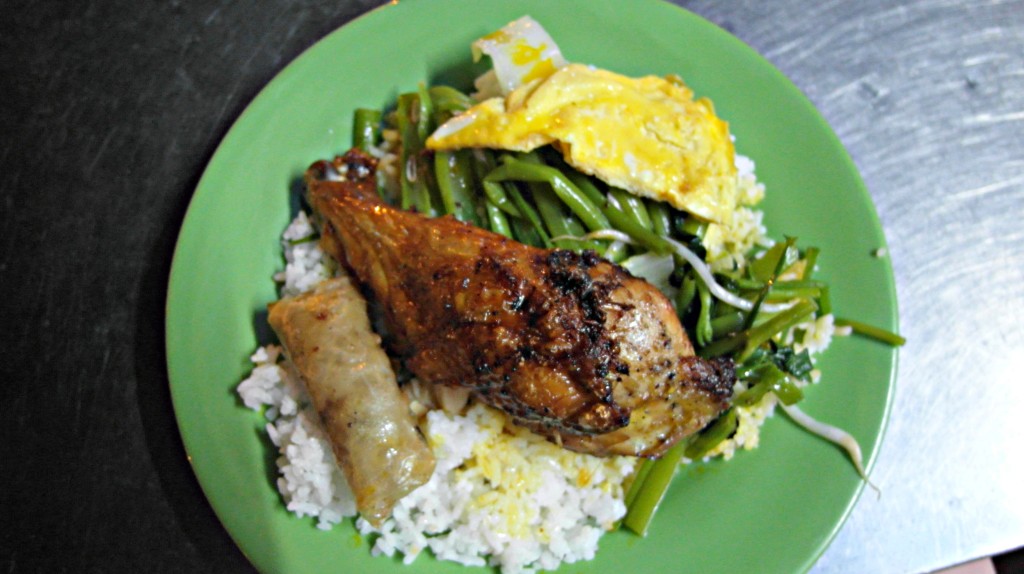 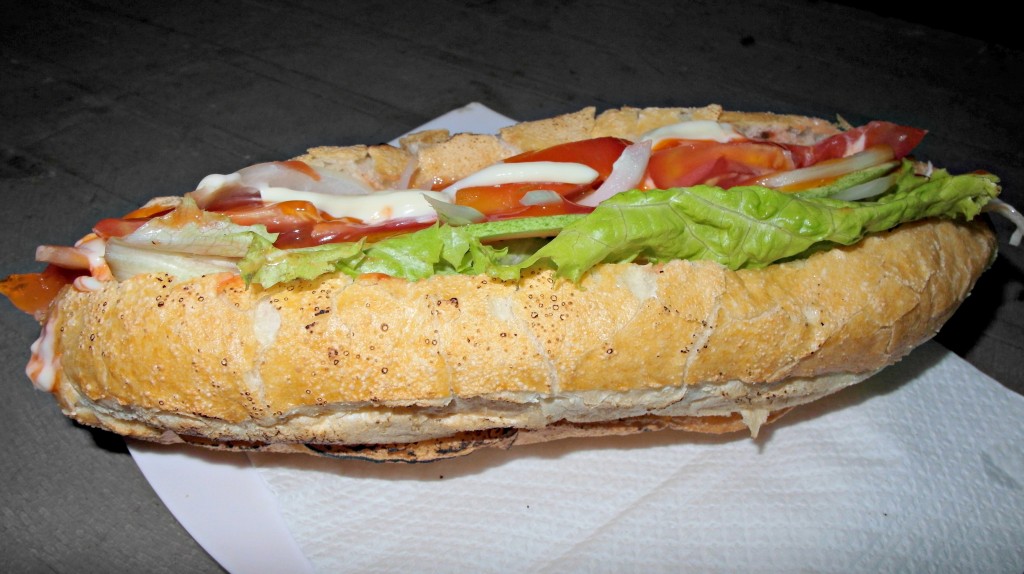 Lot’s and lot’s of Vietnamese coffee.  I’m not sure why it’s so good (all of that condensed milk maybe?) but it is. 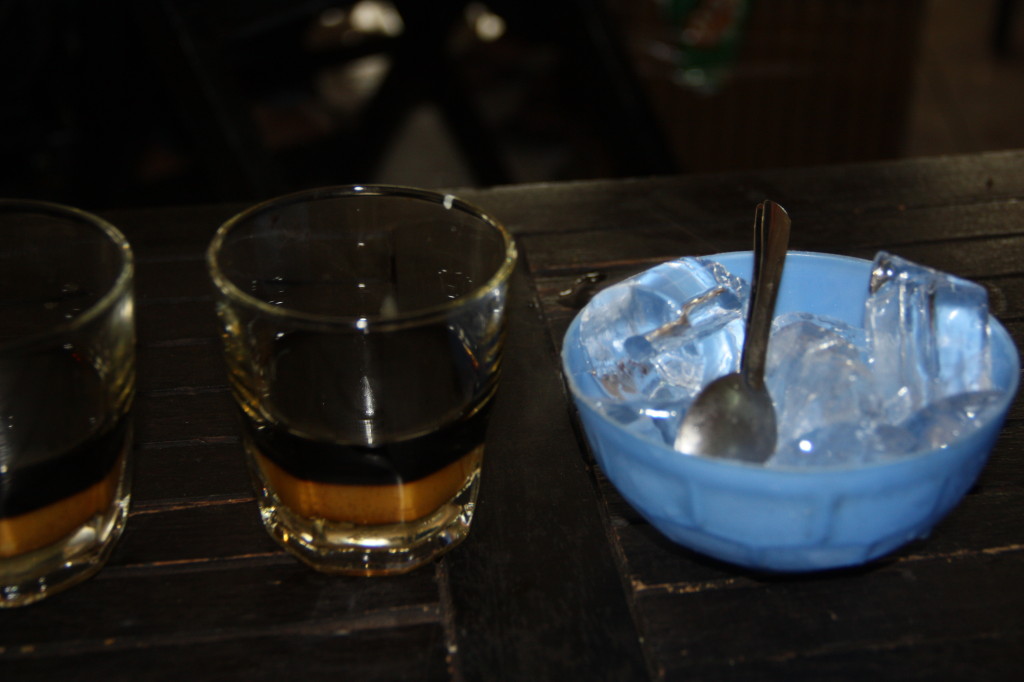 We spent a few nights in Hanoi.

French architecture, cheap beer, cheap spa services and the above mentioned delicious food.  Oh, and fruit shakes.  Yeah, we were happy to be back in Southeast Asia.

Then we went on a Halong Bay cruise.

Sure, Halong Bay is super touristy, but everyone we talked to said it’s a must-see, and they were right.  There is a countless number of tour agencies offering cruises and a countless number of cruises to choose from.  Silvia and I booked ours through Tony’s Hostel, and chose Lemon Cruise, one of the cheaper options.  We figured after our boat trip in Indonesia (20 people, 1 toilet, no sinks/showers, 4 nights) we could handle everything.  For $65 we got round trip transportation to Halong Bay, one night on the boat, one night in a hotel on Cat Ba island, entrance to a cave, a guided hike and all meals.  Most tours do not include water or alcohol.  If you are planning on bringing your own booze be sneaky about it or risk a $15 “fine.”  It is possible to do Halong Bay independently, especially if you plan on spending additional time on Cat Ba Island or hate having your time strictly scheduled, though we heard you don’t save any money doing so.  We  enjoyed our cruise– decent food, good people and beautiful sites. 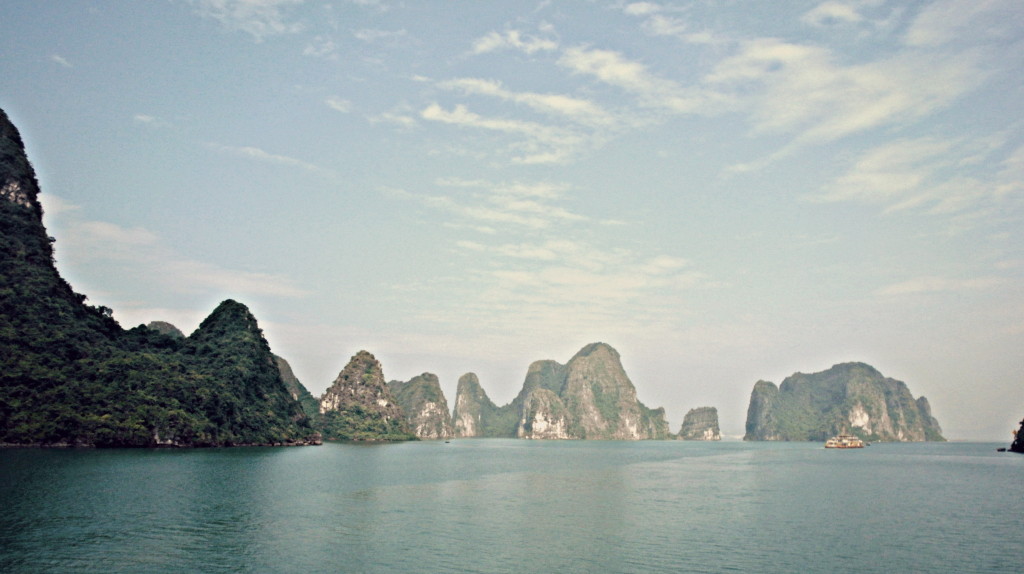 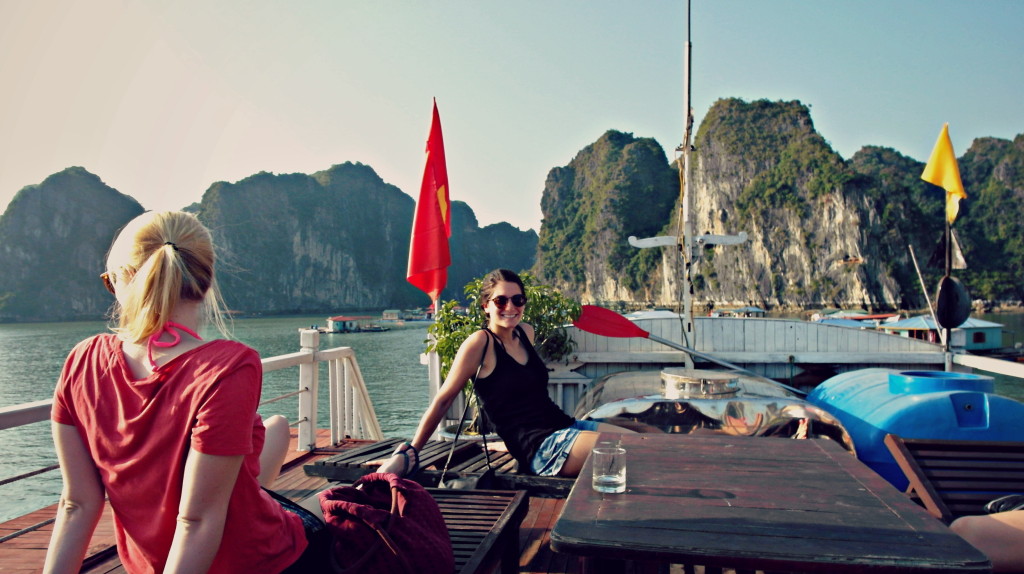 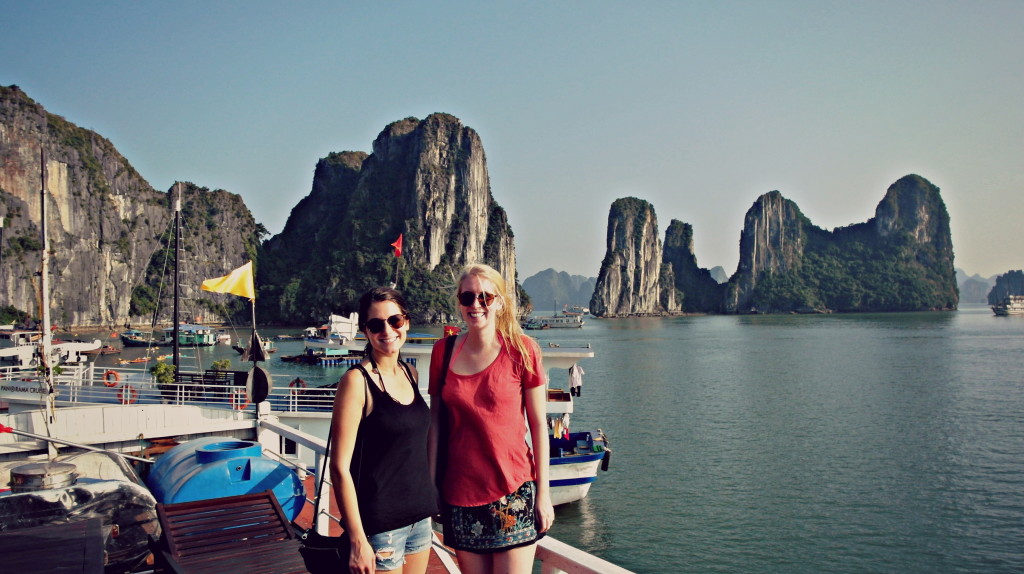 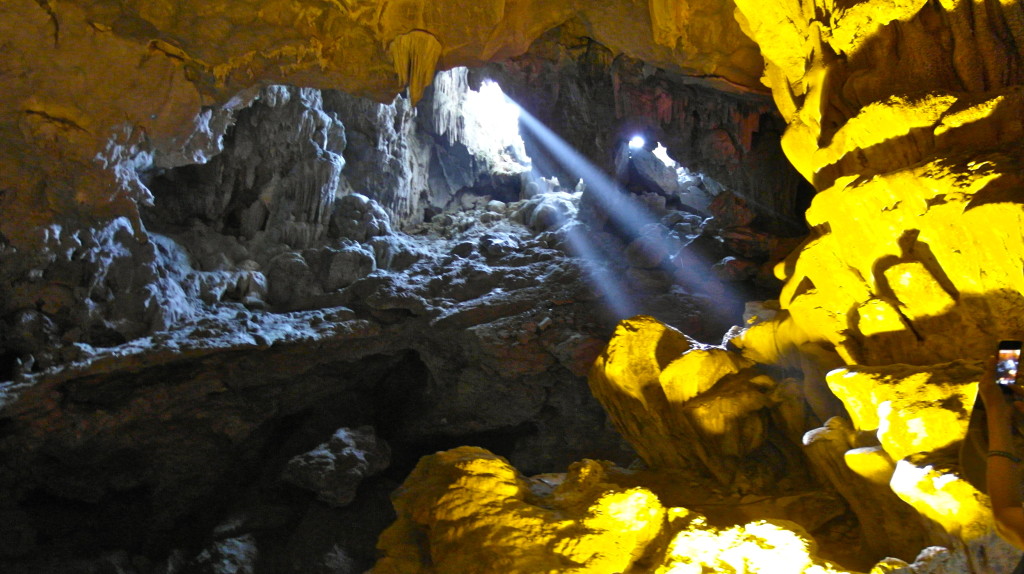 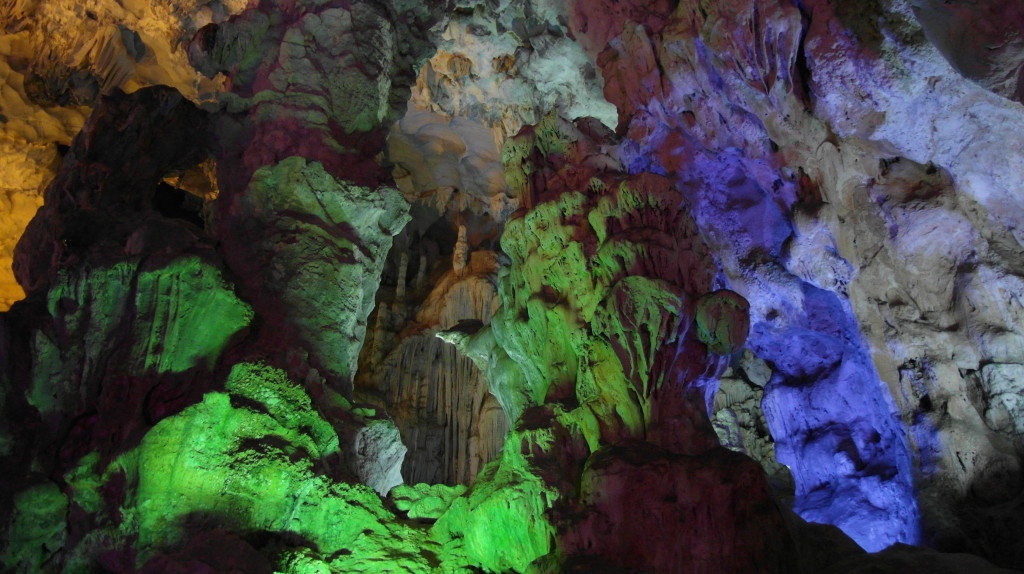 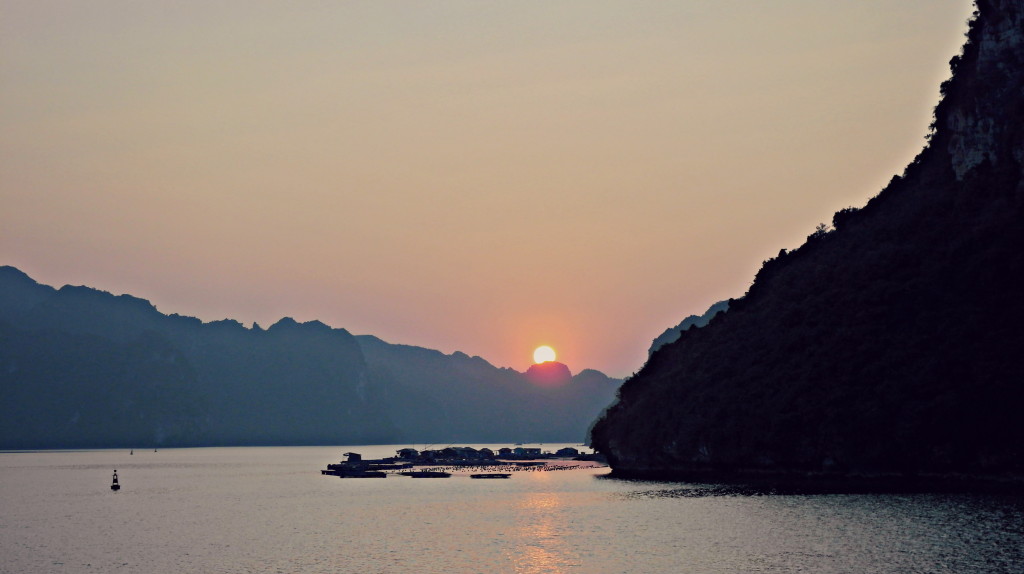 And then there was Nha Trang.

Which, is skippable.   Especially if, like most backpackers, your trip includes Thailand’s beaches. Strangly enough, Nha Trang has become something of a Russian resort town in the past few years, which means prices have gone up on pretty much everything. It also meant that locals would address us in Russian. Central Asia flashback?  The beach is nothing special but there is some pretty good nightlife, if you like partying with college kids on holiday.  We enjoyed relaxing at the Louisiane Brewhouse, where you can get fresh sushi, good beer and rent a chair by the pool for just $2. 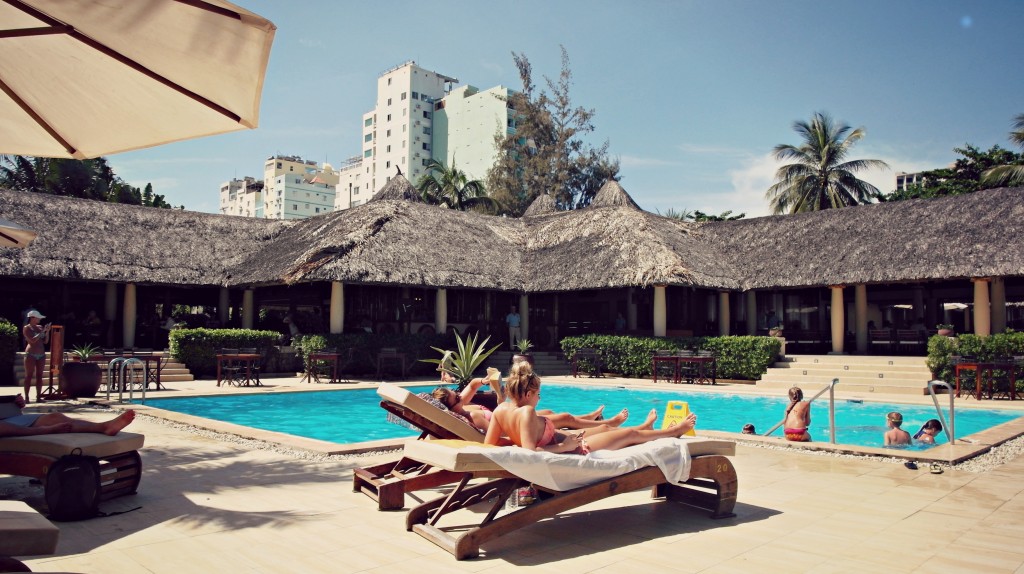 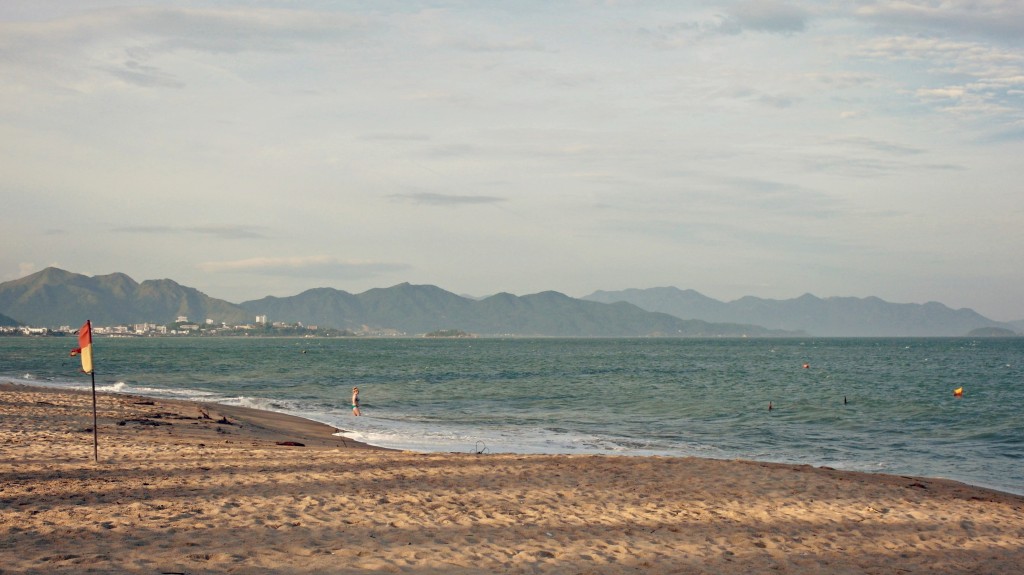 We stayed at the Backpacker’s House Hostel. $7/night with breakfast, $5 without.

Then there was Ho Chi Minh.  Ugh.

We ended in Ho Chi Minh City (Saigon) and well, we were only there together for a night and we already told you about Danielle’s purse getting stolen, which unfortunately pretty much sums up our time there. The night bus from Nha Trang was pretty comfortable, though! 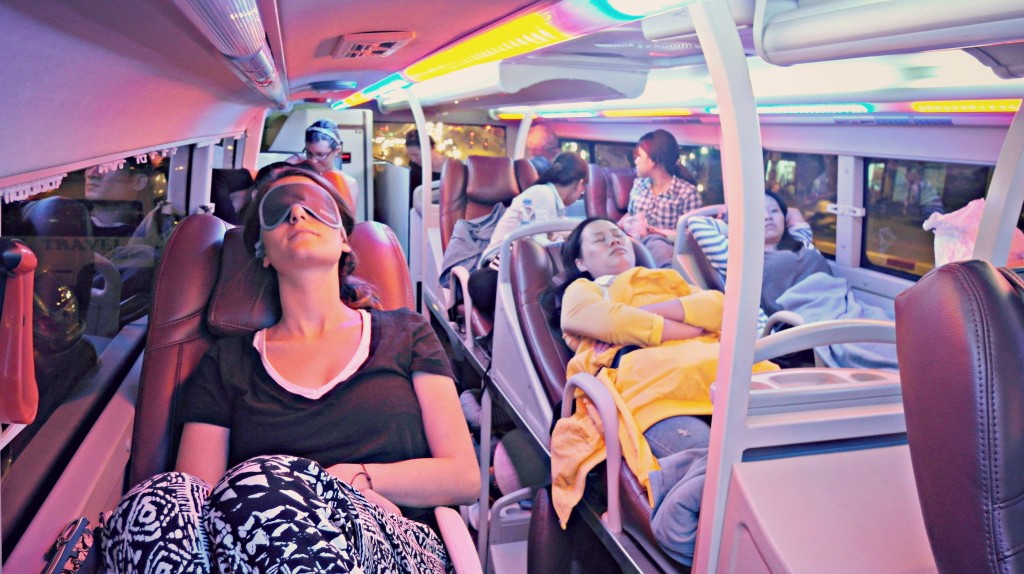 And then it was time to part ways! Danielle still wants to  check out a few more countries, some of which I have already been to  so I decided to return to Chiang Mai to volunteer for a month. But don’t worry, we will still be traveling and will try to plan a reunion somewhere. In the meantime we’ll be blogging about our separate experiences over the next few months – twice the fun!

After Silvia left I spent a day at the War Remnants Museum.  A deeply moving, albeit possibly a little bit one-sided experience.  Entrance is only 75 cents, and I highly recommend visiting if you have the time. 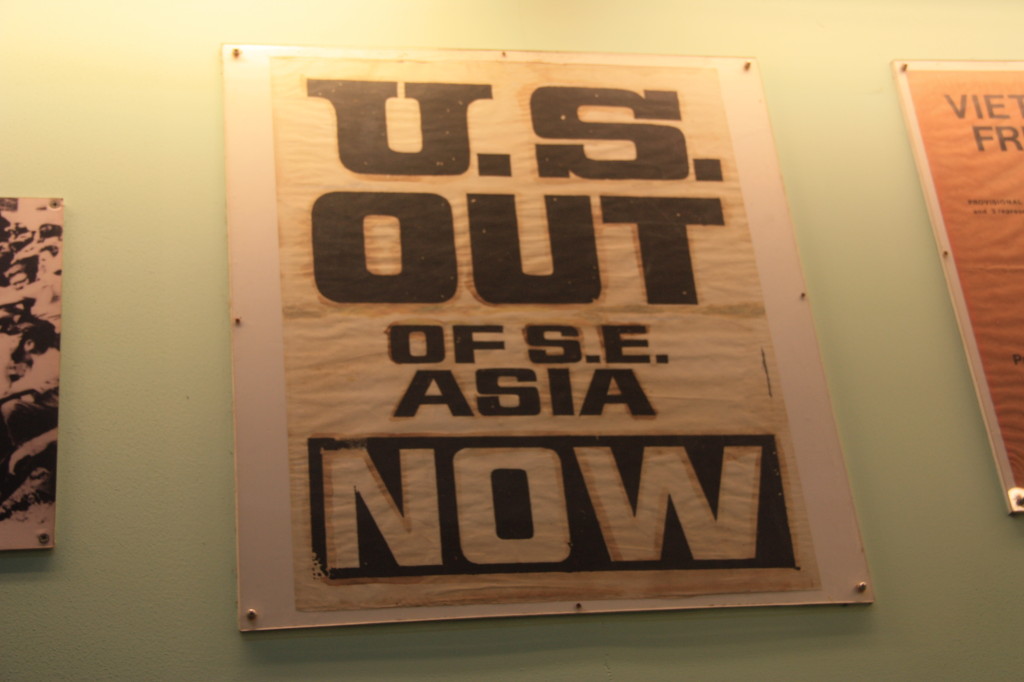 We stayed at Eco Hostel, which had a nice capsule hotel like set up in the dorm with big beds and nice privacy. $6/night.

After splitting up with Silvia I headed down to the Mekong Delta.    Sometimes doing things independently and skipping the organized tour saves you money.  In the case of the Mekong Delta, as I learned the hard way, this is not true.  Especially if your end destination is Phnom Penh.  There are numerous tour agencies in HCM that will organize everything.  I however took a local bus to Vinh Long, where I enjoyed being one of very few white faces — a first for me in Vietnam.  At my hotel I booked a tour for the next day (certainly the same ones offered in HCM) that included a boat trip down the Mekong, a visit to the floating market, lots of boring stops where they try to sell you stuff and a homestay, which was by far the best part. 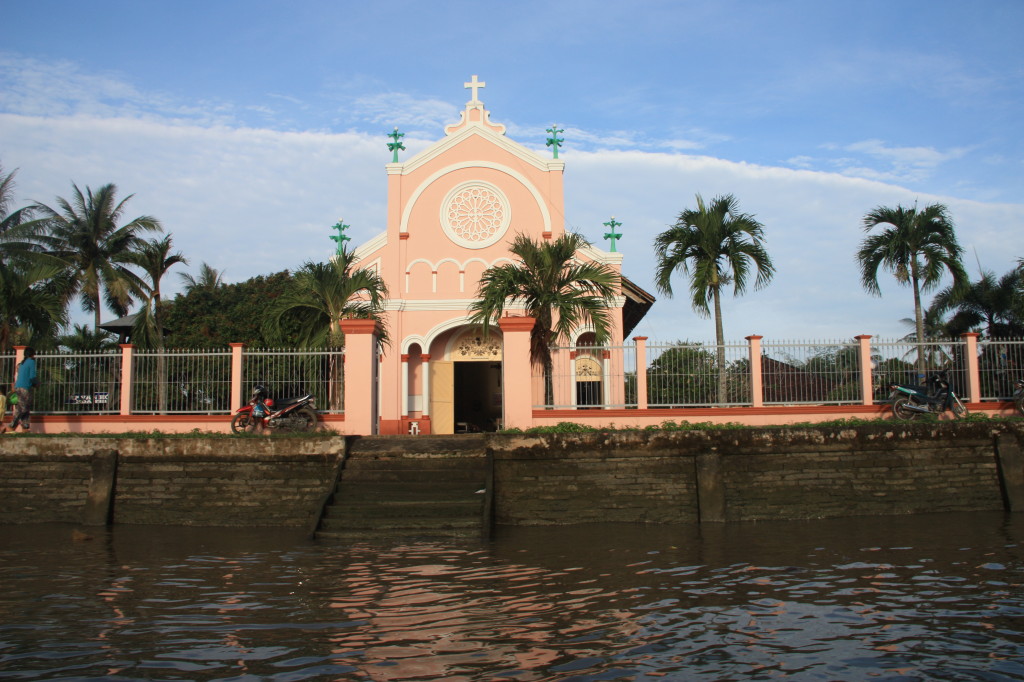 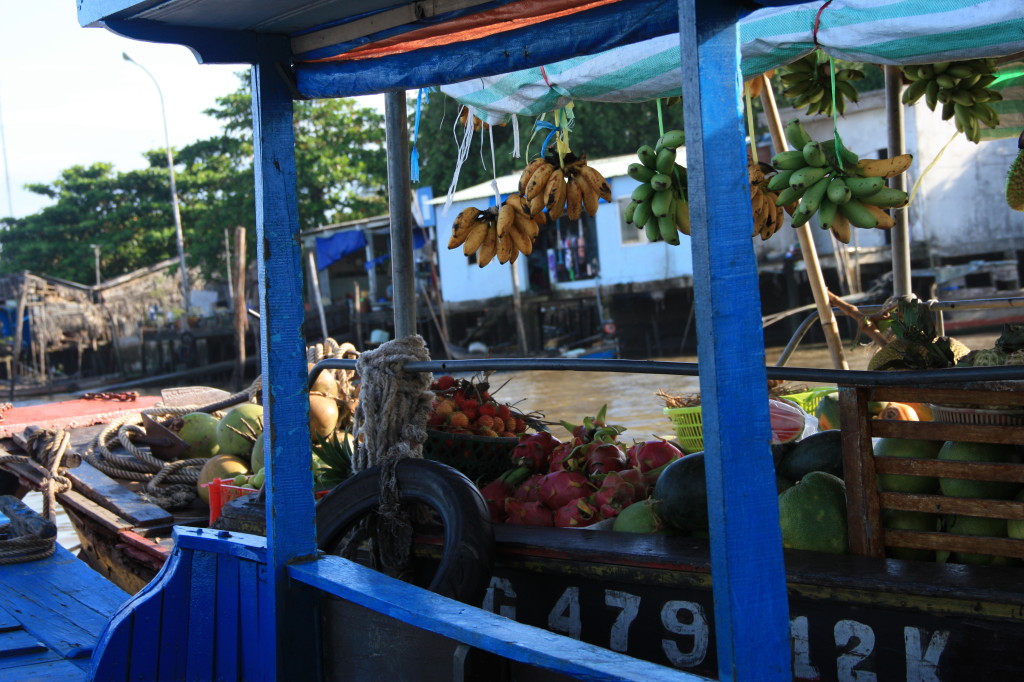 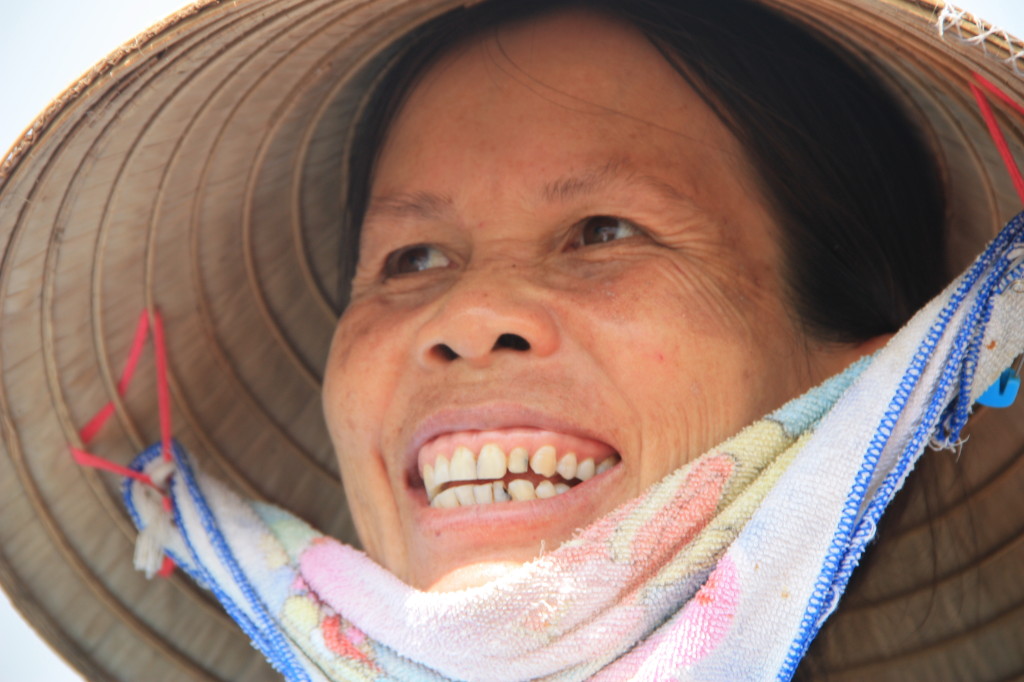 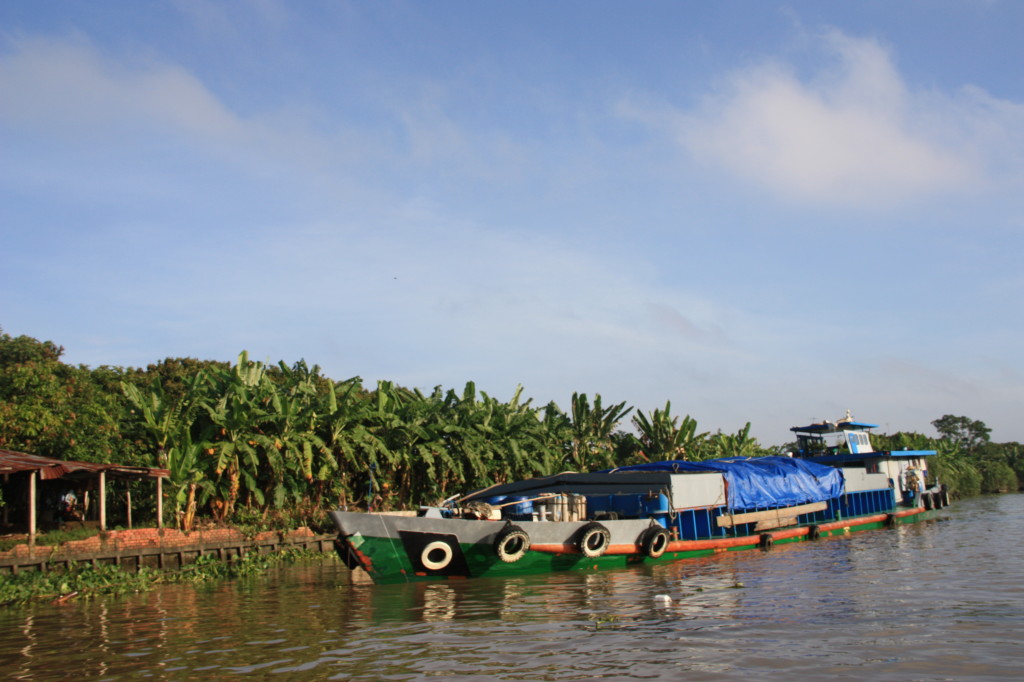 The touristy stuff only took a few hours, so I spent the rest of the day bike riding around the idyllic island of An Bing and relaxing riverside in a hammock with my book and a cold bottle of Saigon beer.  Not the worst way to end a rather rough trip. 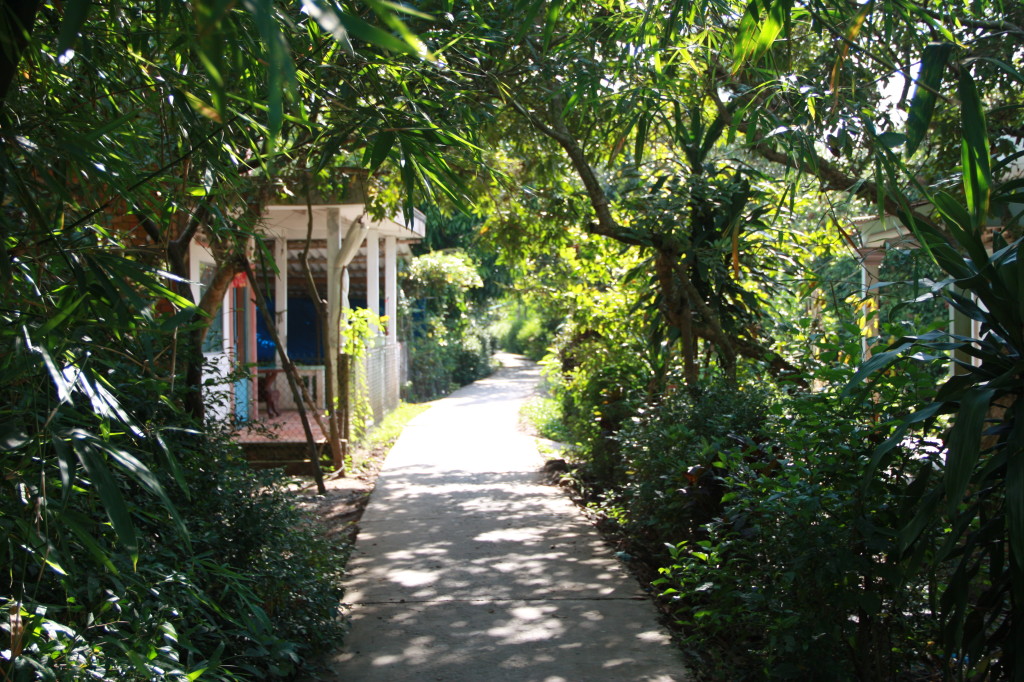 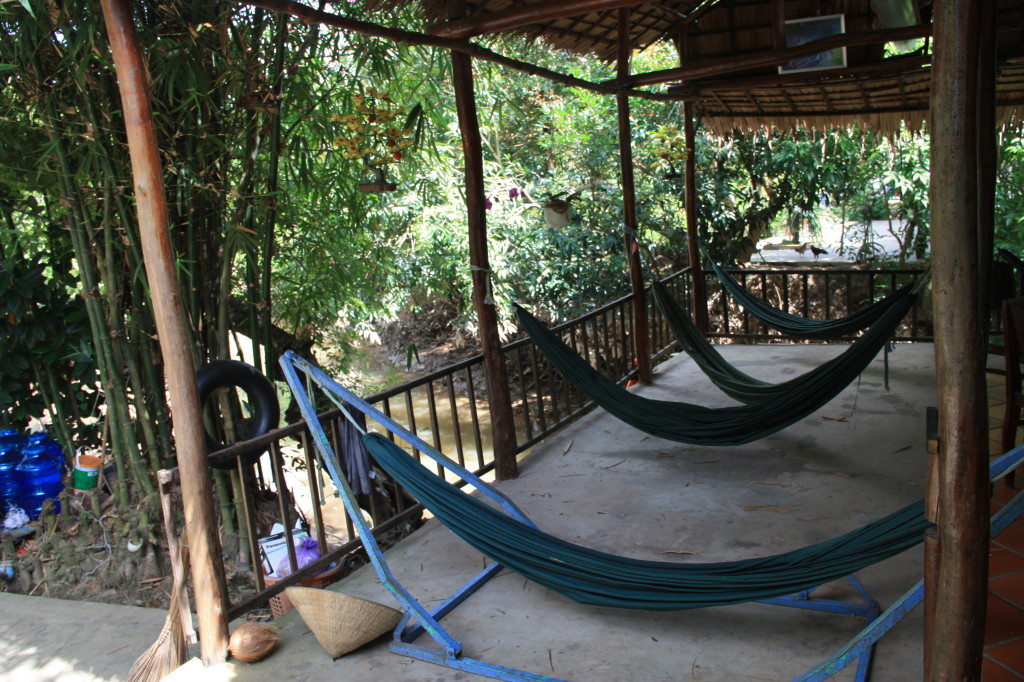 I should add that while An Bing is small and peaceful, it does have one extremely weird zoo type place (I forgot the name but there are signs all over)  which I do NOT recommend.  I stopped by because I heard  you could go ostrich riding, which sounded cool, but the place was actually super depressing and full of caged animals just waiting to die.  I may have tried the crocodile fishing though. 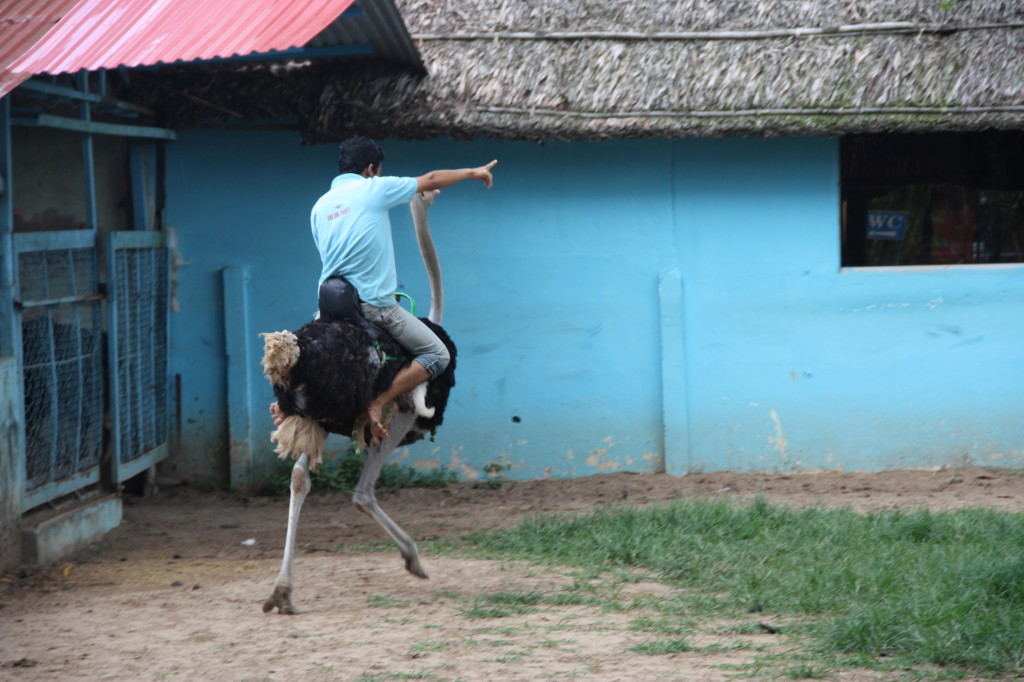 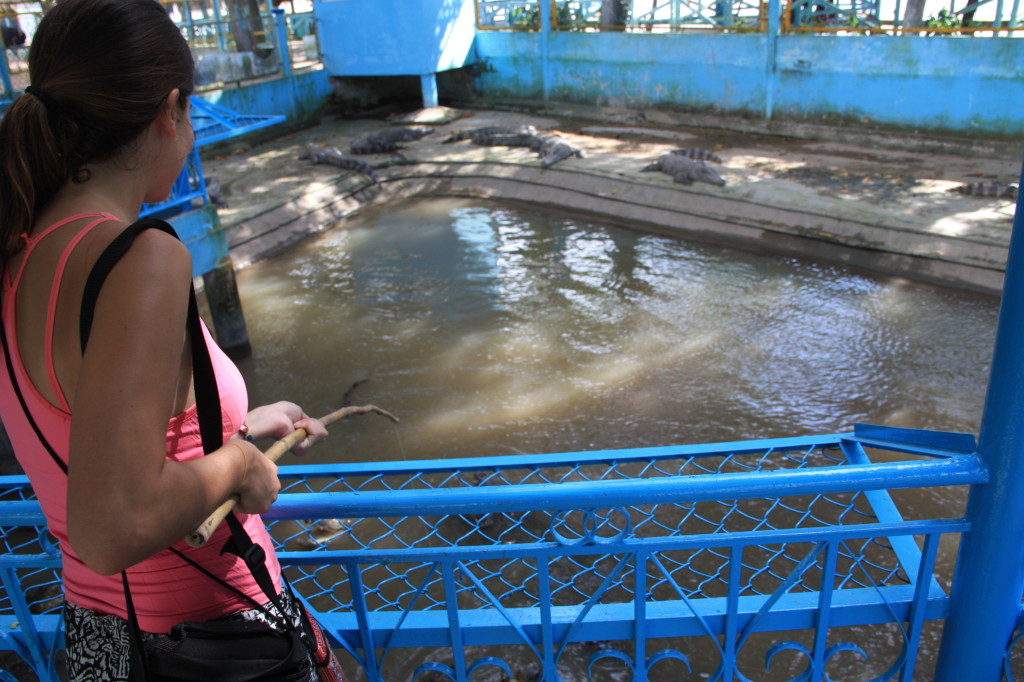 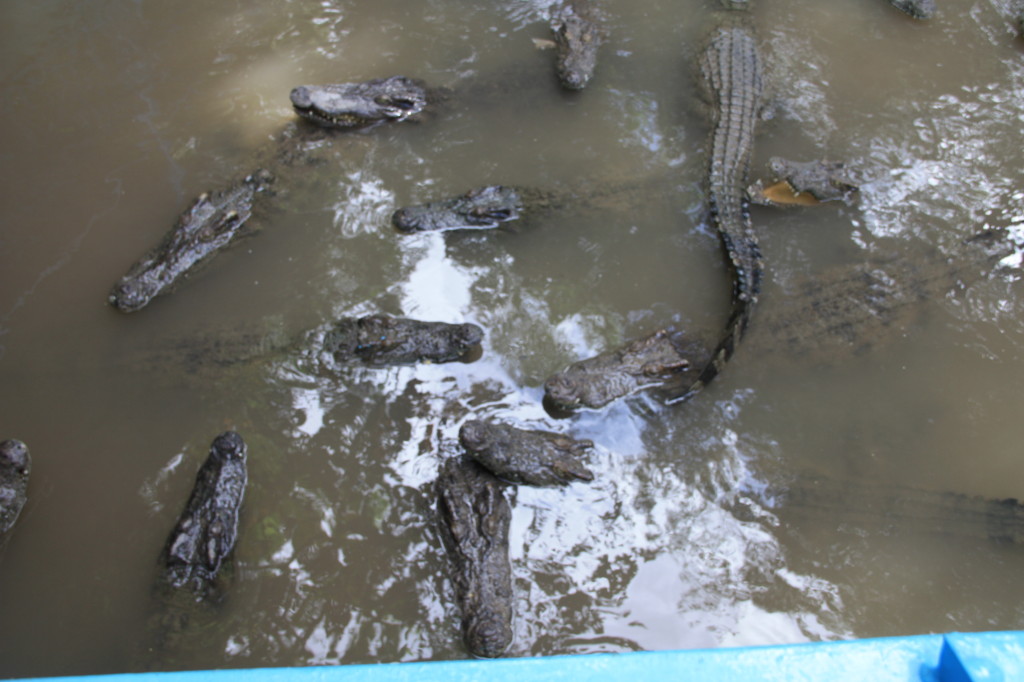 4 thoughts on “What We Did In Vietnam”