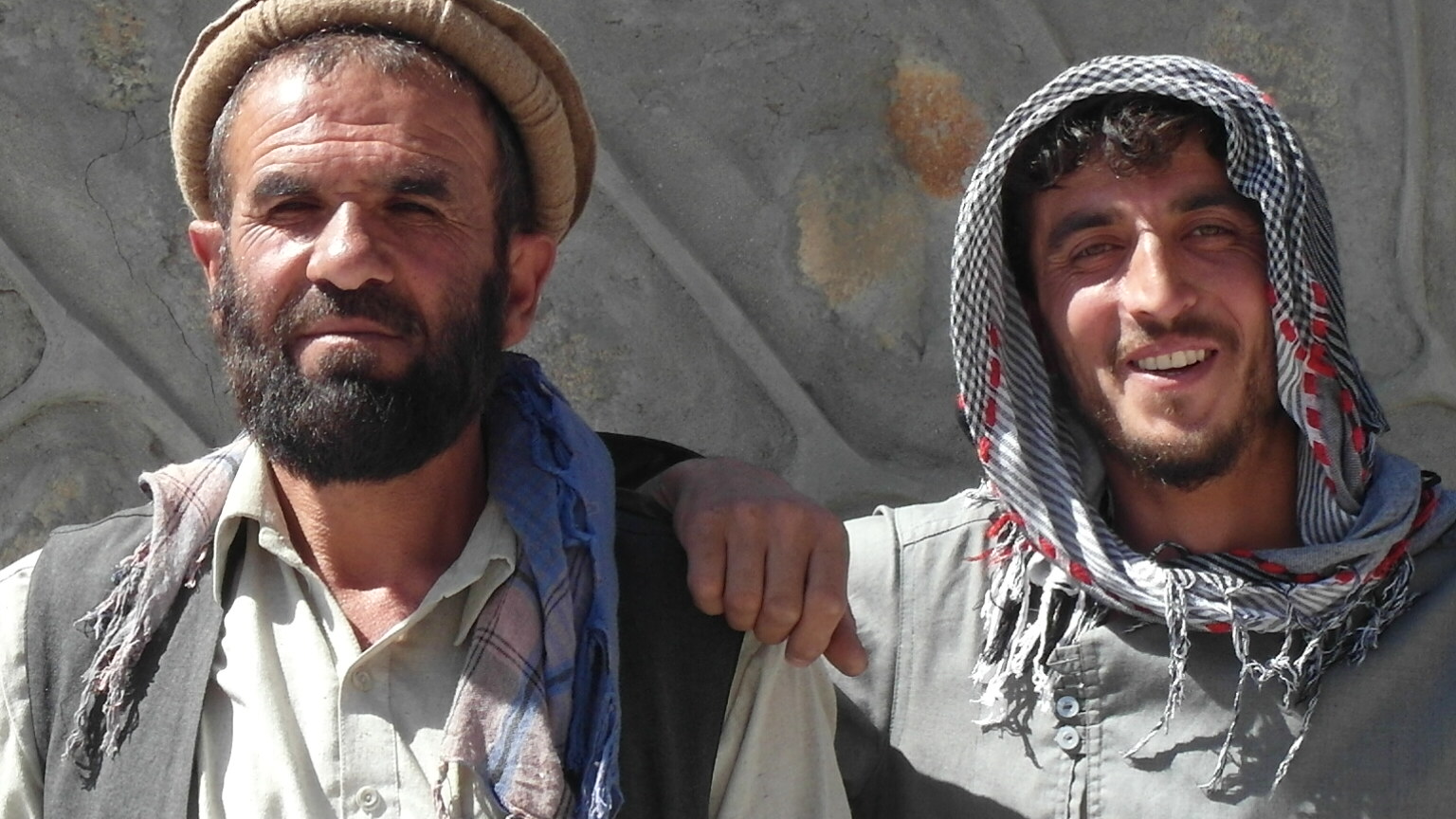 An Afternoon in Afghanistan (sort of)

7 October, 2013By The Roaming CoconutsPosted in Afghanistan, Tajikistan

The border guard adjusted the gun slung across his back and reached out to take our passports.

“Do you speak Russian?” he asked.

“We’ll keep your passports with us here, and you can pick them up when you return to Tajikistan.”

We handed over our passports and crossed a bridge into a strip of no-man’s-land between Tajikistan and Afghanistan. 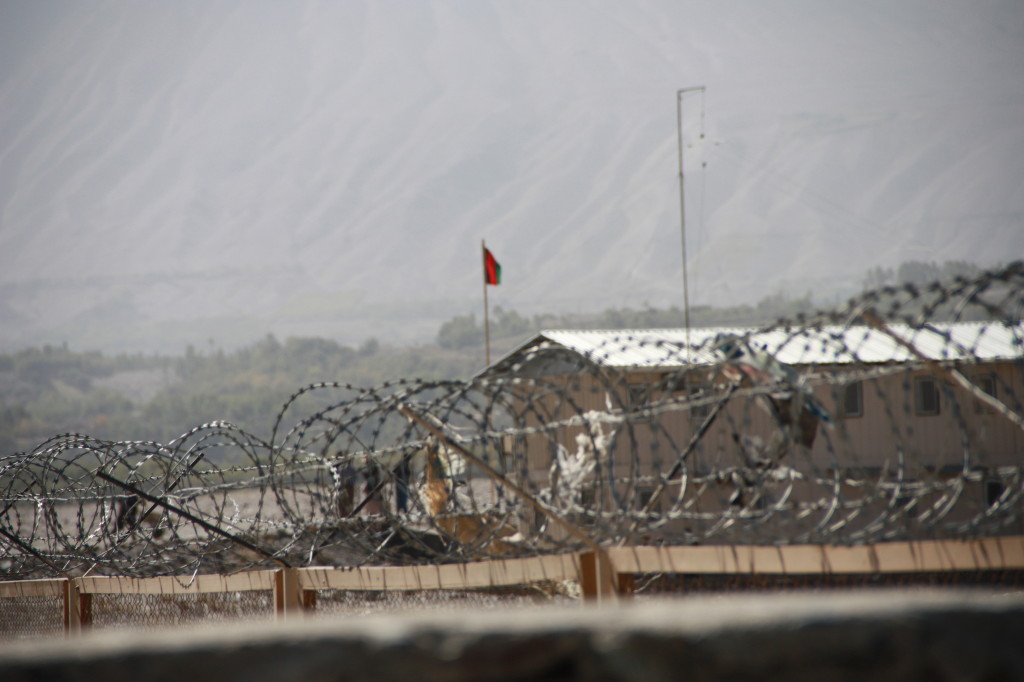 Slicing a border between the mountains of Tajikistan and Afghanistan, the Wakhan Corridor has been consistently praised by travelers we’ve met as “breathtaking,” “unreal,” and “not to be missed.” We took the hint and decided not to skip it.

We timed our drive down from Khorog with Ishkashim’s Afghan market, held on Saturdays between the two borders on the Afghan side of the Panj River. I mean, if we were going to be staring out the car window into Afghanistan for hours on end (not to mention the trip along the Panj from Khorog to Dushanbe), we figured we should at least get a chance to hang with some Afghanis for an afternoon.

The drive down through the valley did not disappoint, though our skills at taking photos out the window of our very bumpy van might have. 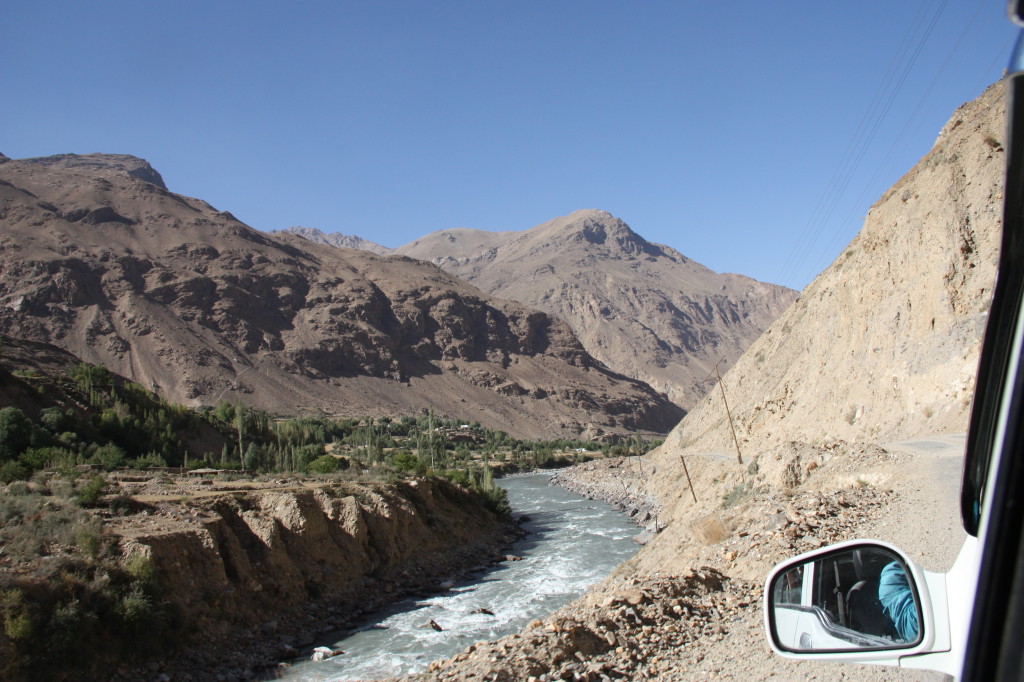 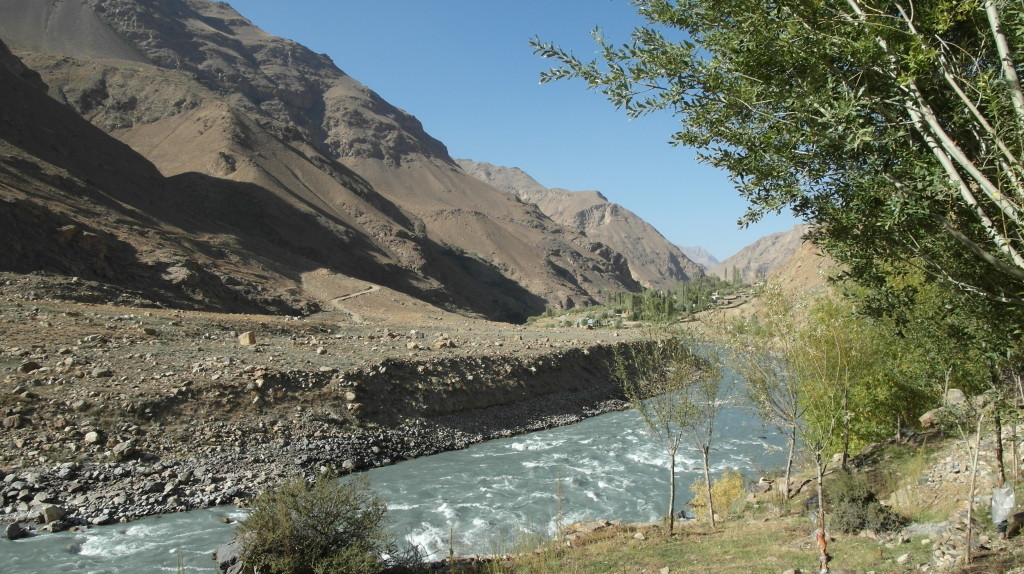 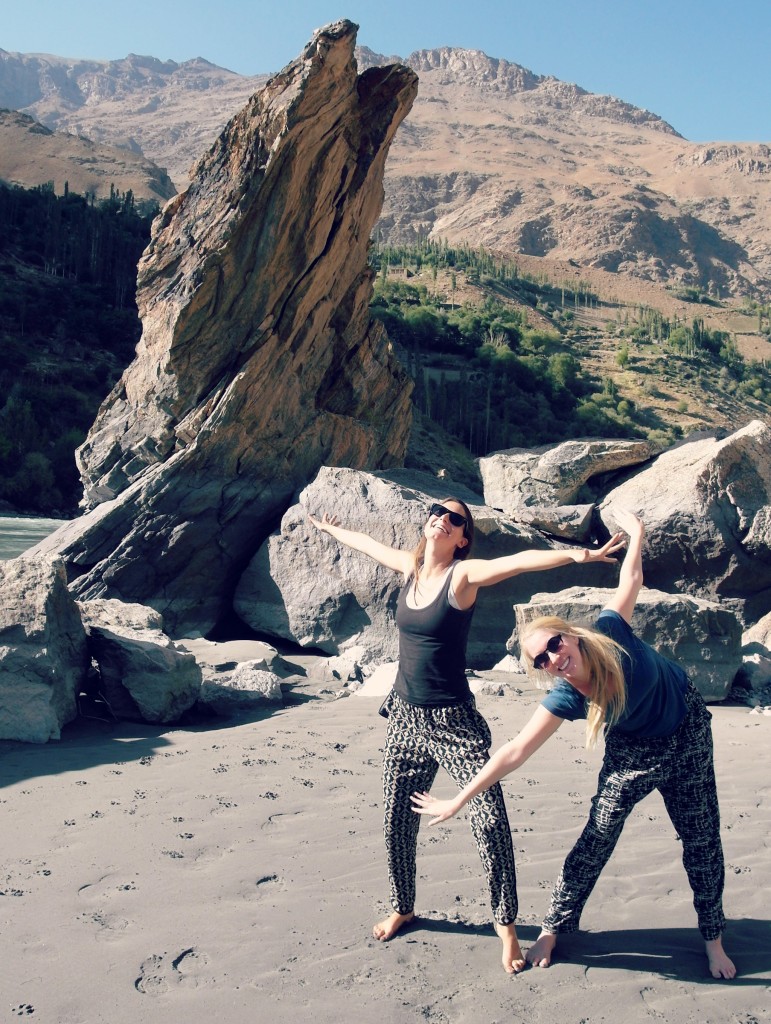 After spending the night with a host family in Ishkashim, we caught a ride to the border crossing three kilometers (two miles) out of town. The market is held on most Saturdays as a chance for people from Tajikistan and Afghanistan to come together to buy and sell their goods, most of which consist of cheap clothing and household items from China.

I’m sure the people of Japan would be less than pleased to see where their high energy biscuits ended up.

Having grown up immersed in American media, Afghanistan doesn’t exactly ring pleasant bells in our minds. I guess our prejudices were clear as Sasha nervously pointed out a rope tied around a man’s waist and, without really thinking, we all blurted out “Canada” when asked where we were from.

But after an hour or so of wandering through the stalls and chatting with merchants we began to realize that actually, these people were incredibly kind and found no problems with our being American. They happily posed for our photos (snapping pics of us on their phones in return) and crowded around to help us haggle for some Afghan trinkets (top secret Christmas presents). 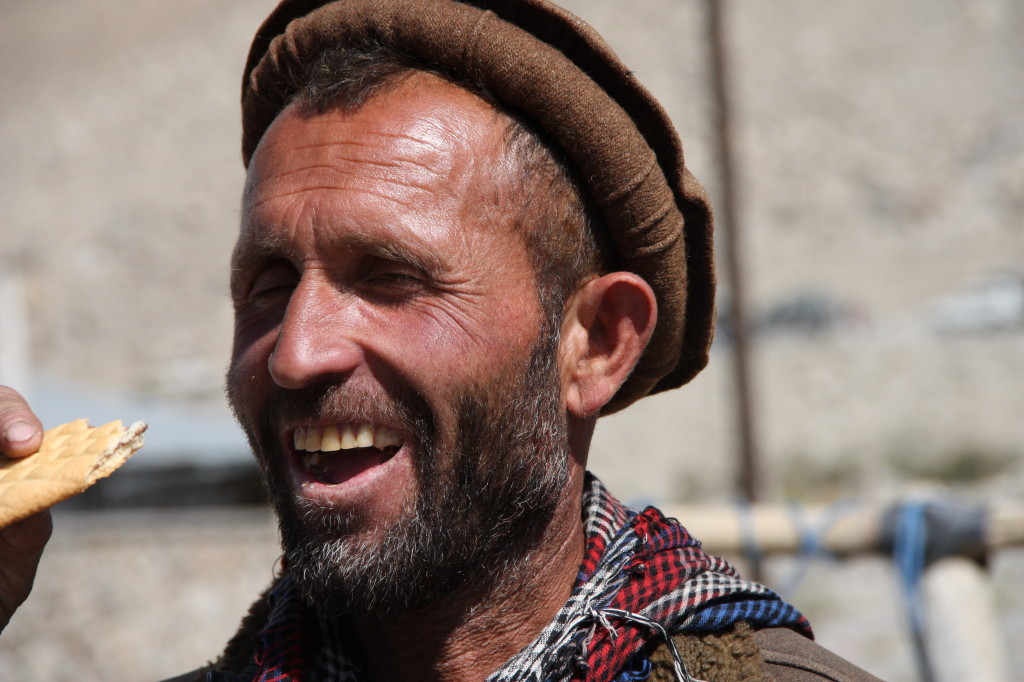 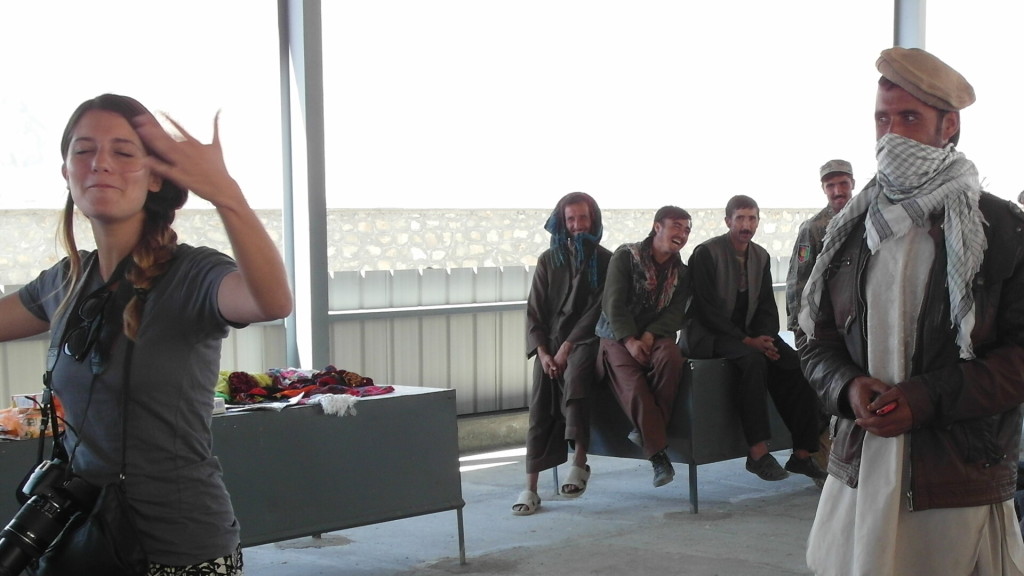 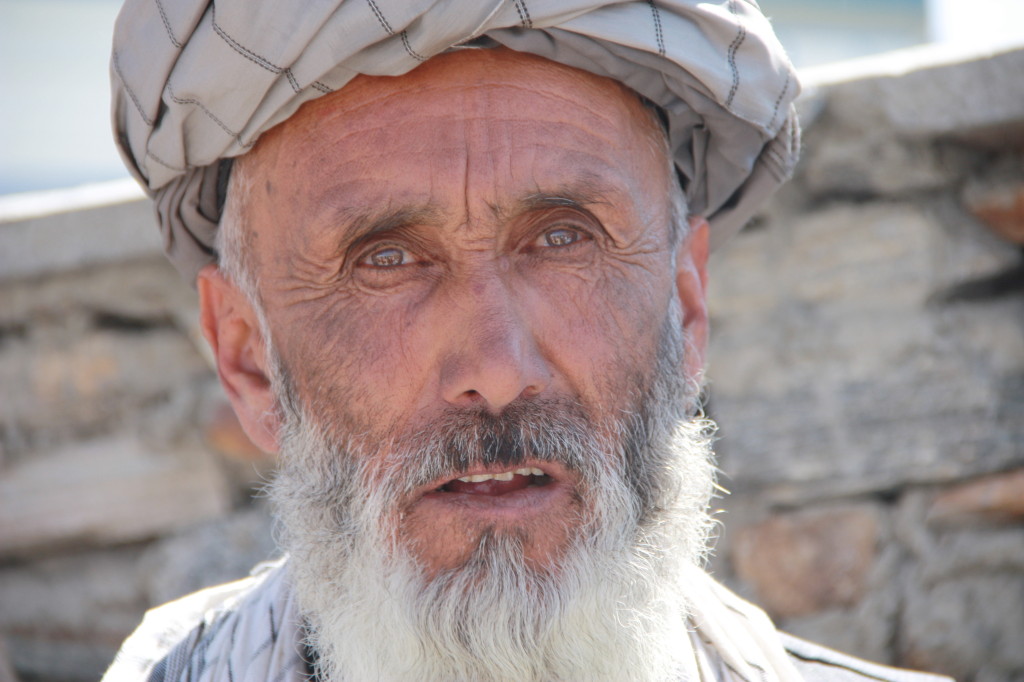 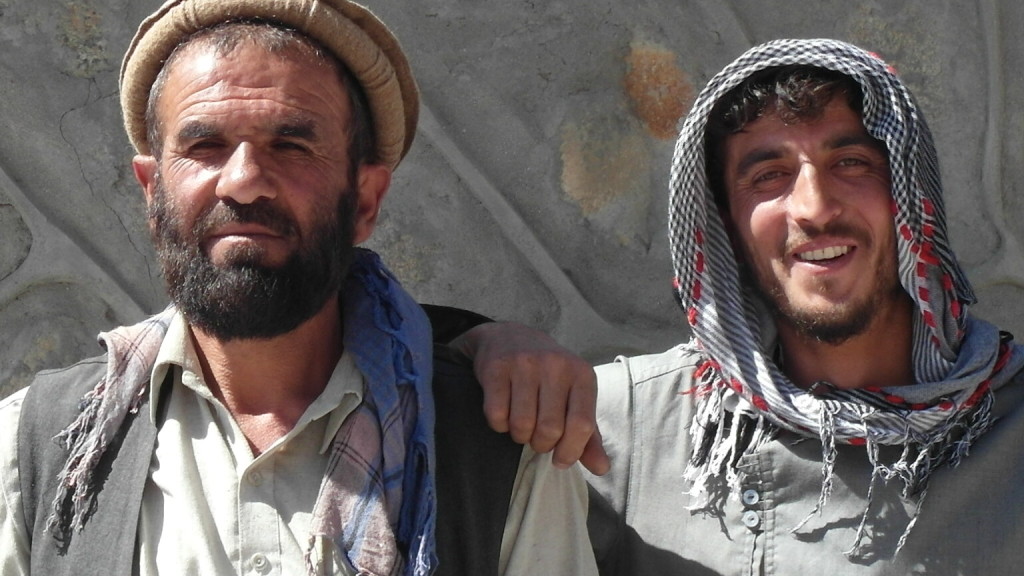 All in all, the Afghan market in Ishkashim was a great experience. We left with heavier bags and deeper sunburns (at least I did), wishing that the visa to Afghanistan didn’t cost a hefty $200 for US citizens. Afghanistan is definitely on our travel bucket list for the future!

[box] We took a public minivan from Khorog to Ishkashim for $8, and then found a shared taxi leaving from the market back to Khorog for the same price. We stayed with a host family in Ishkashim for $10 per person, including breakfast and dinner, which we found by simply asking around when we arrived in town. The Afghan Border Market in Ishkashim is held on Saturdays from 9 am to 3 pm, though they were still setting up when we arrived at 10 am. The market has been closed a lot in the past due to conflicts and illness outbreaks, so be sure to check if it’s running before going. [/box]

8 thoughts on “An Afternoon in Afghanistan (sort of)”