Maasai Mara: My Adventure at Kenya’s Most Popular Park

3 May, 2014By DaniellePosted in Kenya

I hadn’t really planned on visiting any national parks while in Kenya, and certainly not Maasai Mara. While iconic in name and famous for its high concentration of big cats, local Maasai people and of course, the Great Migration, because it’s just too expensive. Entrance is $80 per DAY, which doesn’t include a vehicle, guide or accommodation.[box] Who are the Maasai? One of Kenya’s roughly 42 different tribes, and perhaps the most well known abroad, the Maasai are recognized by their elaborate and colorful beaded jewelry, stretched earlobes and iconic red robes. Maasai are semi-nomadic pastoralists who put great value on their cows, which they use to measure wealth. Maasai people are lauded as fierce warriors — up until recently boys had to kill a male lion as a rite of passage into adulthood. While many Maasai work in the tourism industry, they are one of the few tribes that have remained quite traditional — polygamy and female circumcision are still prevalent.[/box] 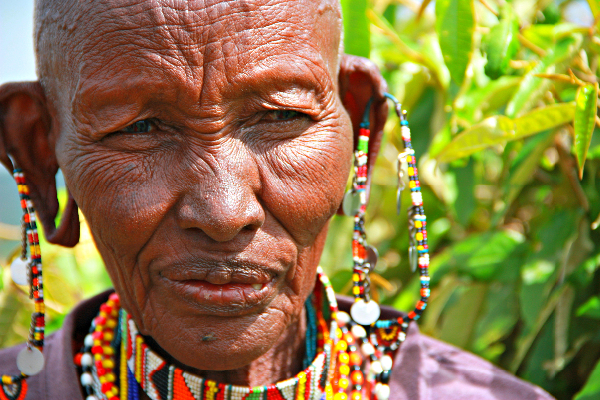 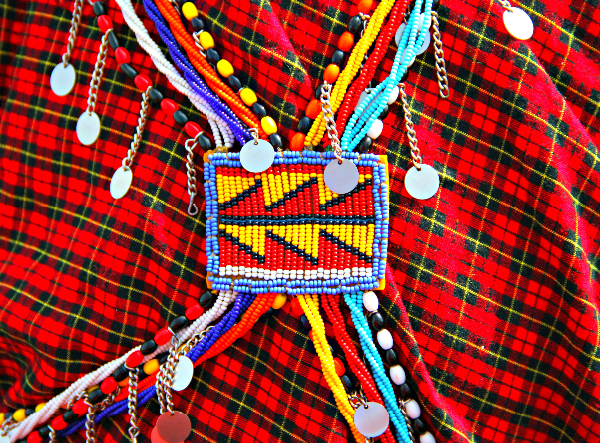 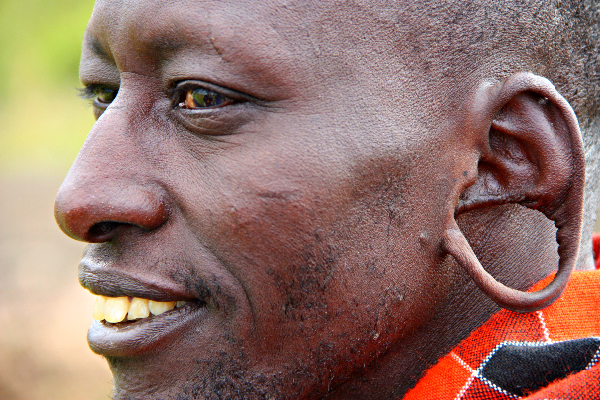 But, the longer I was in Kenya for, the more I heard about Maasai Mara, to the point where I had to ask myself, am I really going to come all the way here and skip the most famous park? Total FOMO. So when a friend I had been traveling with said she figured out how to do it cheaply and asked me to join, of course I said yes. And so began one of my favorite adventures of all time:

We set out for Maasai Mara by our preferred method of transport: hitchhiking. We were hoping to make it all the way to the park, but a wrong turn slowed us down. We made it as far as Narok, the largest town before the park around dusk. With more then 80 miles of unpaved road ahead of us, we resigned ourselves to spending the night. Luckily, according to Lonely Planet, “Narok is surprisingly hassle free and friendly.” Unfortunately, that didn’t seem to apply to drunk men,who seemed to account for the majority of the population. We quickly escaped to the recommended Kim’s Breeze Hotel, which boasted self contained rooms, hot water and the lovely scent of sewage. Luckily I’ve become quite accustomed to this type of luxury. We opted for a single room to save money, but the manager quickly informed us that “two girls sharing a bed isn’t normal,” and we would have to get a double. I’ve heard stories of same sex friends being denied rooms all over the region (though it would be perfectly acceptable for a female prostitute to share a single with a male client). While much of the world has been making leaps and bounds towards accepting homosexuality, East African countries have become increasingly intolerant, with Uganda going as far as pass a bill which allows homosexuality to be punished by life imprisonment.

Anyway, Kim’s Breeze was a bust — the power went out literally 30 seconds after we checked in. So much for a hot shower….er um, any shower. But as they say, TIA.

Not wanting to spend even a second more than necessary in Narok we woke up at 6 am and set off to look for transportation. We made it all the way to Sekenani, a small, dusty town in walking distance from one of the park’s three gates. It was there that we met “A” and “S” two twenty-something Maasai brothers. They approached us to try and sell us a game drive the following day in their Land Rover, and they sweetened the deal by offering to take us to our campsite for no additional charge. They were already giving us a great deal — 8000 shillings, or just under $100 for two game drives, one in the morning and one in the afternoon. Game drives usually run at around $40 per person per game drive. After asking a million questions and getting A to promise us our money back if we didn’t see any lions, we decided ‘why not?’

We piled into the Land Rover when I thought of another brilliant cost cutting measure.  “A, can we camp in your yard?” Now I’m pretty sure, no, I’m certain A has never had clients ask to sleep in his yard before, but he was game, and offered us two choices. We could either stay in his mother’s village alongside the cow dung huts, or we could stay about 50 meters away in his yard. We chose the latter solely because there was less cow poop on the ground, making setting up the tent slightly easier. And so, much to the amusement of the local children, we set up our tiny, one-person tent. Before we went to bed, A had one more proposition for us: he would enter the park from the side, therefore avoiding the gate, and the $80 entrance fee. We would give him $45 each. Hmm a slight moral dilemma, but in the end we decided to go for it — a lot of money from park fees is “supposed” to go back into the Maasai community anyway, and we were basically just speeding up the process and cutting out the middle man. 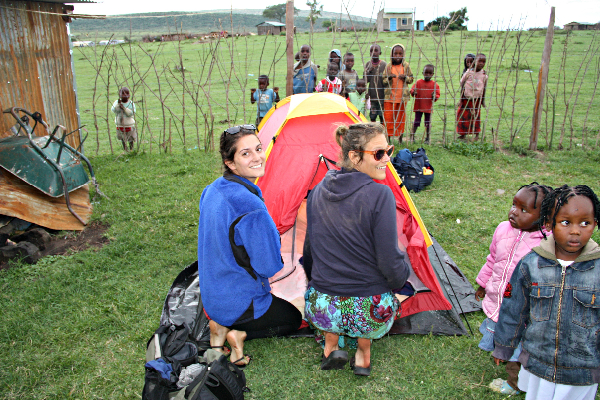 I will say that sharing a one-person tent in the middle of a Maasai village does not make for the best sleep. Nevertheless, we left for our morning game drive at 6 am, with A driving and his friend D joining us as the official animal spotter. 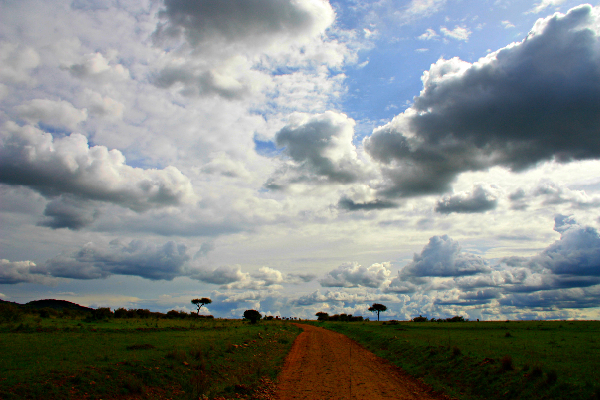 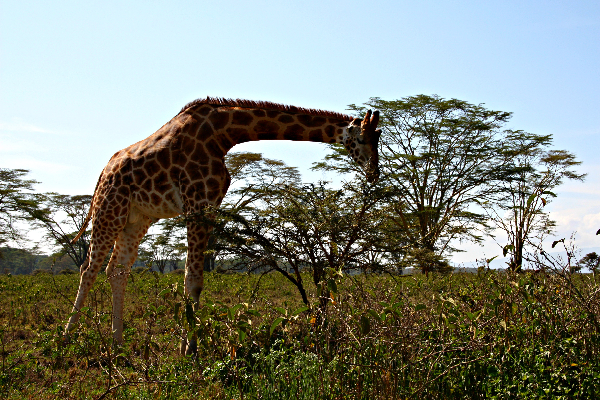 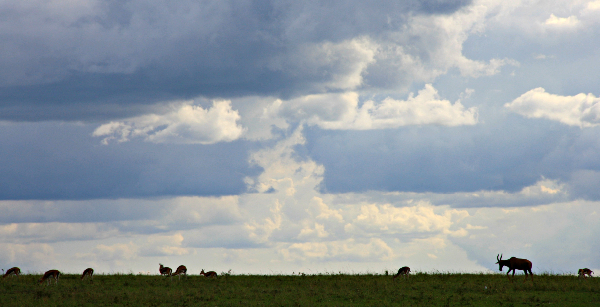 But I was still holding out for the lions. Three hours in I started to get nervous, what if we didn’t see any lions!! And then A got word that there were a few nearby, and the search was on. We did some off-roading, which I later found out is punishable by a $120 fine (whoops), and came across three females resting on a rock. It was almost as if they were posing for us. Or maybe they were just patiently waiting for us to fall off of the Land Rover. 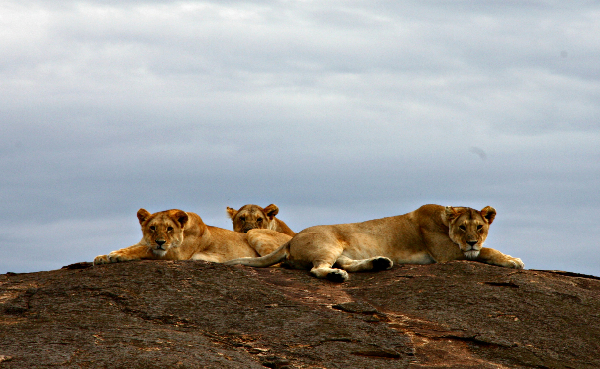 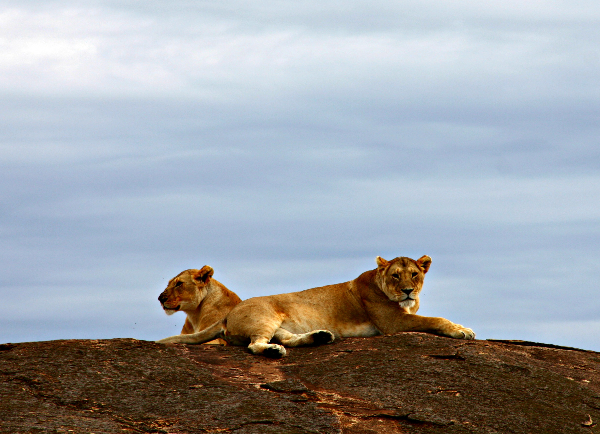 They seemed totally unfazed by our presence. so we decided what better place to enjoy a breakfast of chai and avocado followed by a bush photo shoot? It was truly a magical moment. 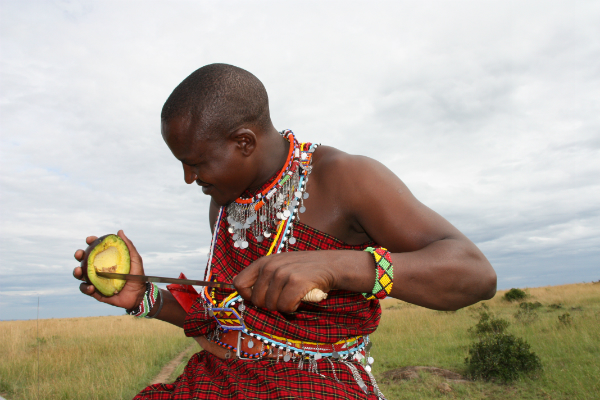 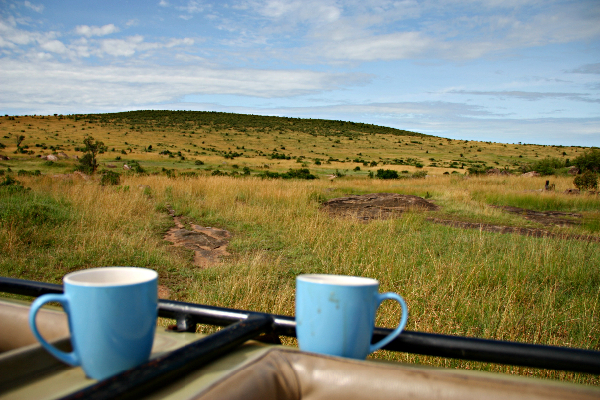 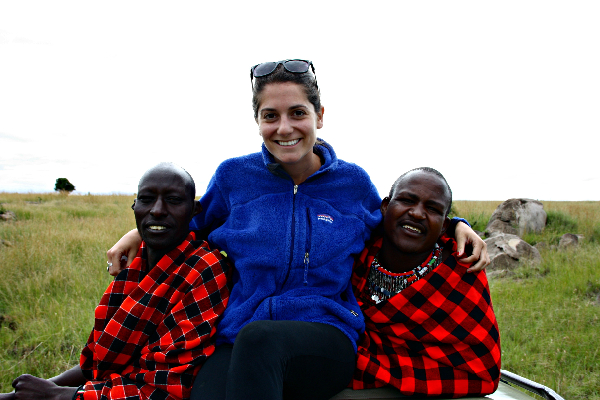 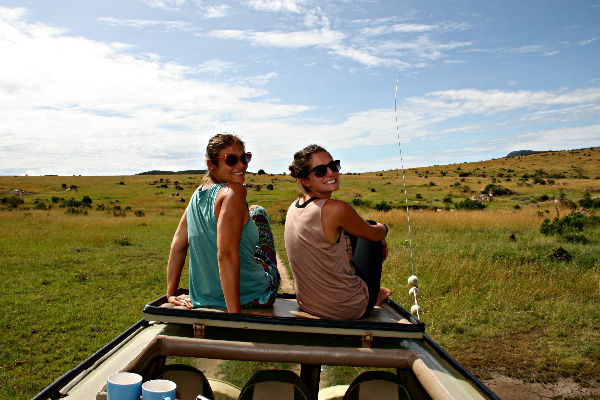 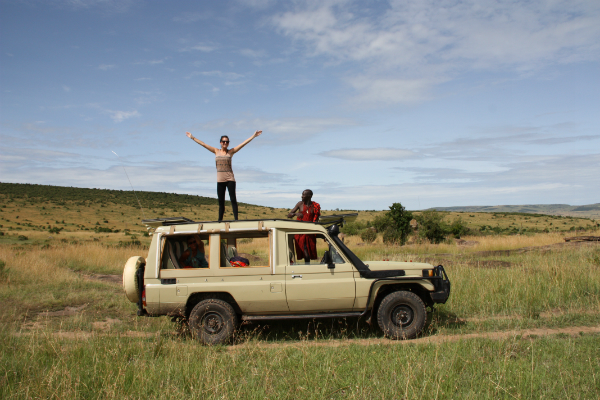 Our afternoon game drive was just as great: we saw more lions, got up close and personal with some elephants and even caught a glimpse of a cheetah. We managed to see part of a stunning sunset before we had to speed off — rumor had it the park rangers were on to us. 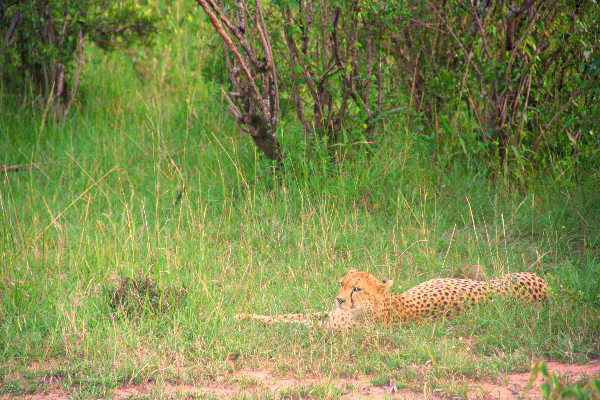 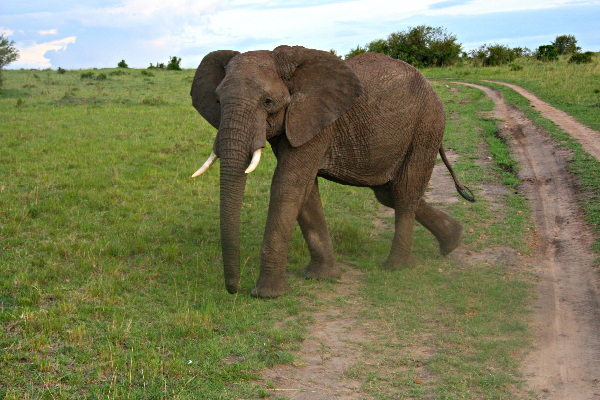 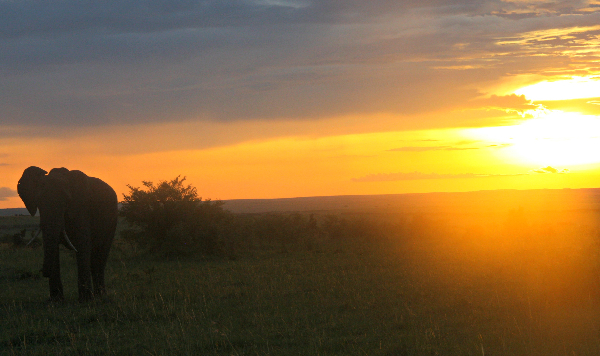 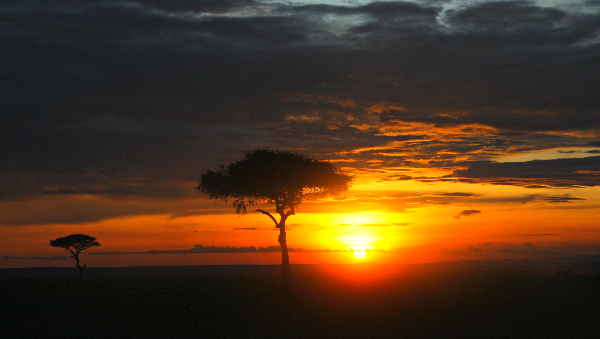 On our way back we passed a bunch of Maasai taking their cattle into the park to graze, armed with nothing but spears. Seriously, how bad ass. I’ve always had a fascination with nomadic/semi nomadic people, but the Maasai take the cake. Like, I’m a little bit obsessed. But not obsessed enough to take up A on his offer for me to be his second wife. I mean, 11 cows and unlimited visits to Maasai Mara certainly made it a tempting offer, but second?! I don’t think so.

[box] Booking a trip with A: I had a great time with A, and I would highly recommend him to other budget travelers. Going with him was exciting — I don’t know how many other guides would let you drink chai on top of the vehicle 20 feet from lions. Plus, the price was right, though 8000 shillings is not standard and you will have to bargain. The one downside to going with A is that he wasn’t super informative. If we wanted to know something, we would have to ask him to tell us, which was fine for me but might bother others.[/box]

8 thoughts on “Maasai Mara: My Adventure at Kenya’s Most Popular Park”