27 October, 2013By The Roaming CoconutsPosted in Tajikistan, Uzbekistan 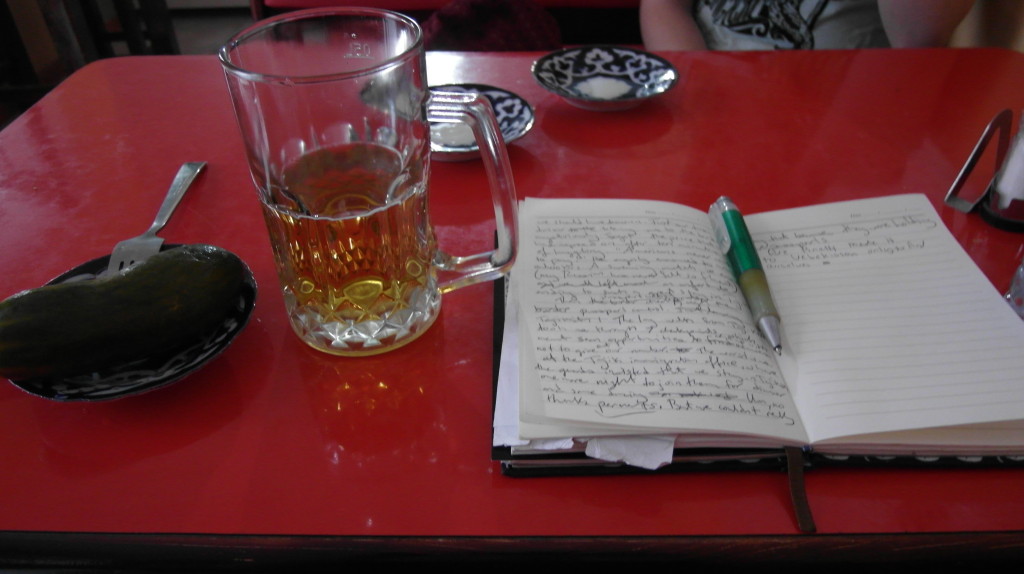 We’re blogging from a tiny burger and beer joint–one of the few places we can seek refuge from the geriatric masses here on packaged tours. And that’s only because despite the glossy sign advertising its location, this place is pretty run down. And they don’t serve cappuccino (the beer is excellent though). Does it sound like we’re complaining? We kind of are. I think Sasha said it best: “Uzbekistan feels like a slap in the face after the warmth and hospitality of Tajikistan.”

Actually, it all started on the way from Dushanbe to the border–we should have known. First our taxi driver taking us to the border mysteriously “forgot” the price that we had agreed on after ten minutes of haggling. “Americans never want to pay,” he angrily announced to curious onlookers. A screaming match ensued (my Russian has never felt so fluent), an unfortunate ending to such a great stay in Tajikistan.

Then passport control. Ugh, passport control. The long walk from Tajikistan took us through seven checkpoints, which meant seven opportunities to come up with excuses to not give out our number. The worst was at the Tajik immigration office, where the middle-aged guards insisted that we stay in Tajikistan one more night to join them for dinner and some dancing. Um, no thanks, weirdos. But we couldn’t really say that because they were holding our passports.

Oh Bukhara, what can we say about you? People come here for the Silk Road architecture, which really is impressive. But it’s been fairly hard for us to get a feel for the city when it’s swarming with tourists and all the stunning buildings are filled with vendors selling the same silk scarves. 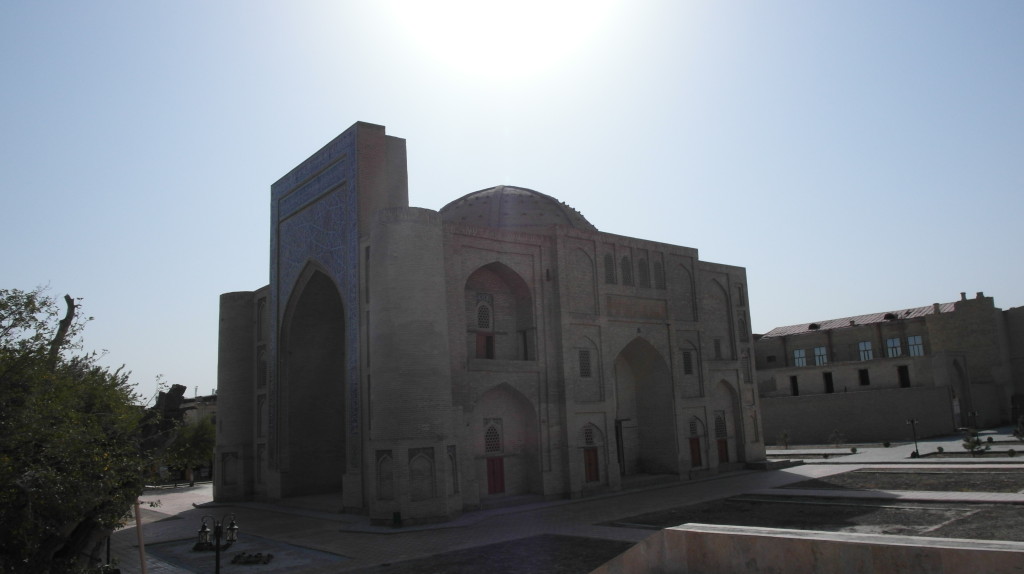 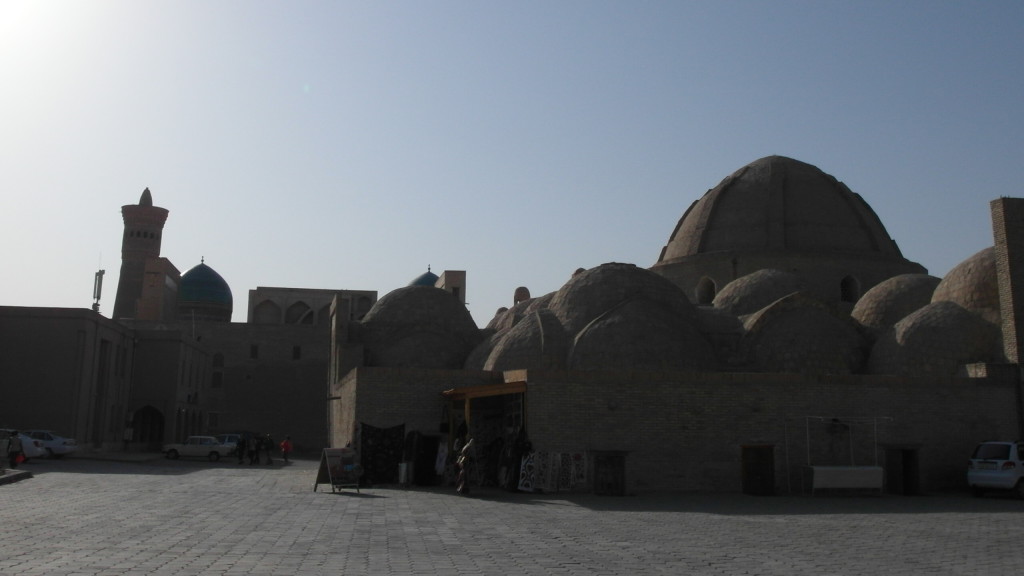 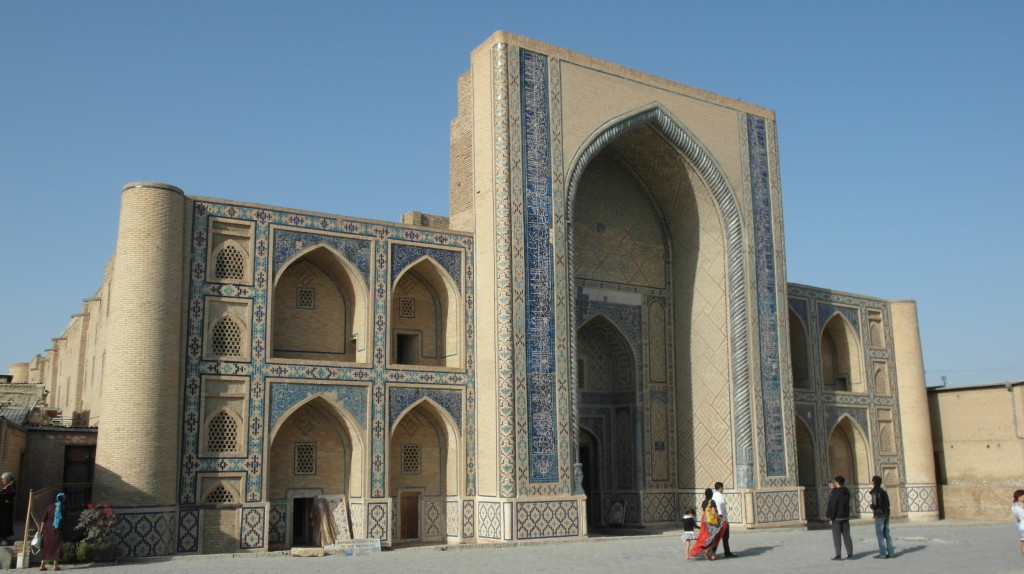 Maybe we’re being too harsh. It’s just that for the past two months we haven’t seen many tourists and have been consistently welcomed by locals with invitations to tea instead of orders to buy things. It feels like people here just see us as a potential sale.* Maybe Samarkand will be better; we really will try to give it a chance.

*Okay, right after we finished writing this post together two tour guides approached us to invite us out to dinner and dancing. They treated us to some delicious Uzbek food and taught us more about Uzbek history. They’re guides for French tourists and despite my pleading that they use Russian, they insisted in only speaking French. And my French, well, let’s just say it’s even worse than my Russian. Had they been listening to our complaints as we wrote this blog post? Hopefully not, but if they had, they certainly did a good job of redeeming Bukhara in our minds. Then again, one of them was Tajik and the other’s family is from Turkey.

Come prepared with 50 and 100 dollar bills. Uzbekistan has a black market for currency. Do NOT exchange your money at a bank or anywhere else that uses the official rate. There will be plenty of black market money exchangers eager to help you. Ask around first to make sure you’re getting the best rate. When we were there (October 2013) the official rate was roughly 2100 to a dollar, and the black market rate was 2700 to a dollar. Most bills are 1000, so be prepared to carry around some seriously fat stacks of cash. 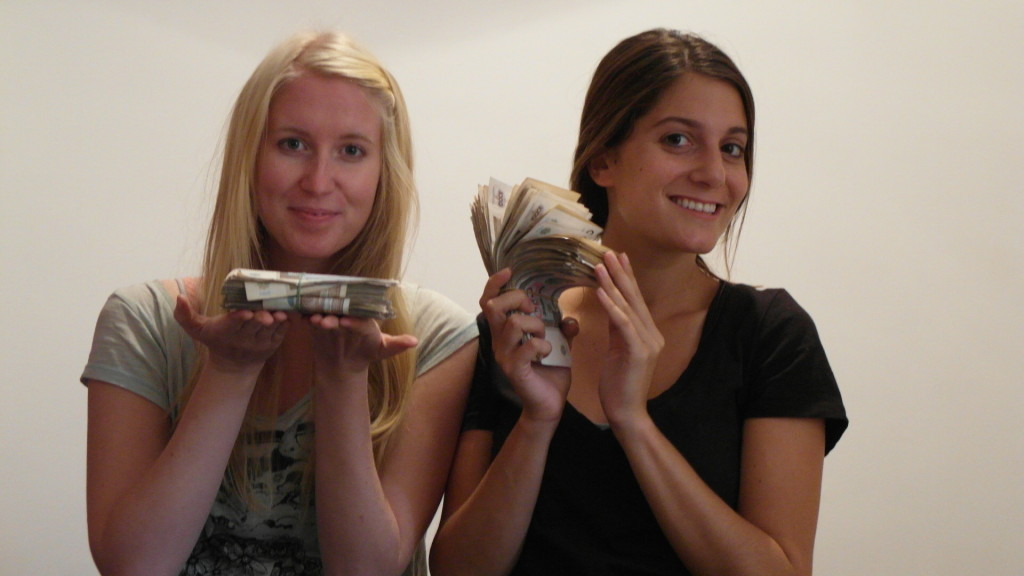 2 thoughts on “Bitter in Bukhara”