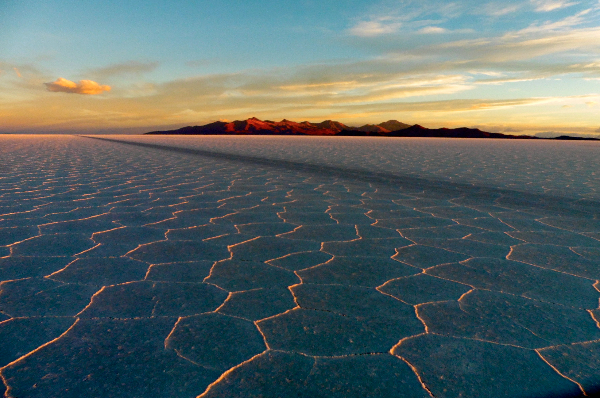 25 August, 2015By DaniellePosted in Bolivia

Visiting Salar Uyuni, the word’s largest salt flat, is at the top of any South American traveler’s to-do list — and for obvious reasons (see photos).

If you’re starting your tour in Bolivia like I was, most salt flats tours originate out of Uyuni, which is my opinion has zero redeeming qualities and not to sound harsh, but spending additional time there should be avoided at all costs. It’s standard to show up the night before you want to leave, or even the morning of to book your tour (most depart around 10:30 a.m.).

Choosing a tour operator was a rather agonizing experience for me, as all of the tour companies have an equal amount of horrific online reviews.  And by horrific I mean drivers drinking on the job, reports of anti-Semitisim, food poisoning etc.  While I’m usually a bit obsessive about seeking out the best of the best, I had to settle for the best of the worst and well…..hope for the best. In the end (that is, after spending hours going from tour office to tour office) I realized it didn’t really matter, they are all going to the same places and doing exactly the same things (see below). 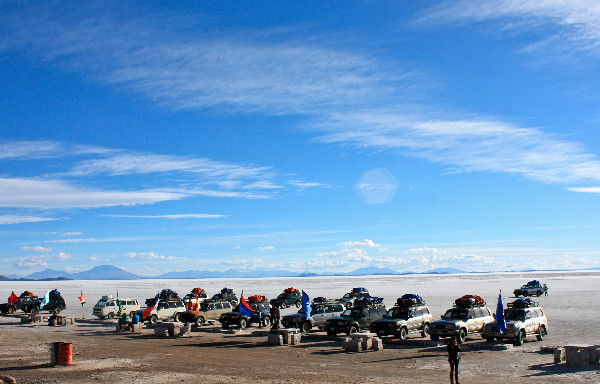 I went with Expediciones Lipez, and payed 700 Bolivianos (roughy $100 USD) for a 3-day 2-night tour, including transportation, accommodation and meals. Unless you are paying double the price to go with a company such as Red Planet, it’s unlikely you will have an English speaking guide.

Our first stop was a train graveyard, where locomotives from the 1970s served as the perfect backdrop for many a traveler’s photo shoot. 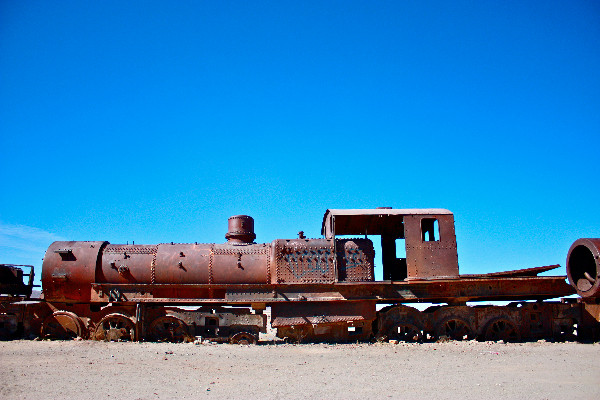 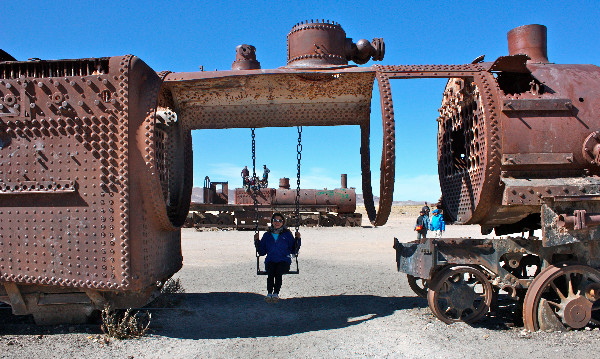 This was followed by lunch at a salt hotel, which was followed by what I was most looking forward to — an afternoon spent on the salt flats. The landscape was unlike anything I had seen before, with cracked white salt stretching as far as the eye could see. 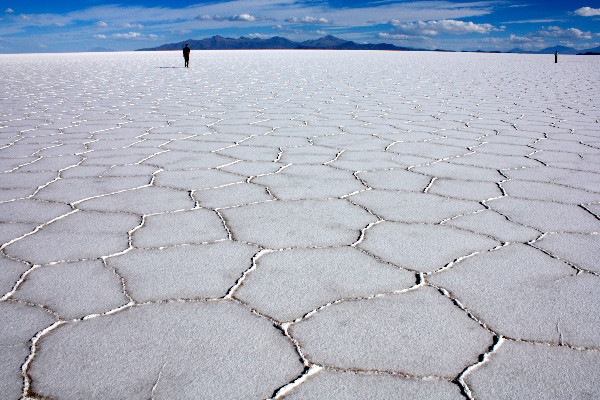 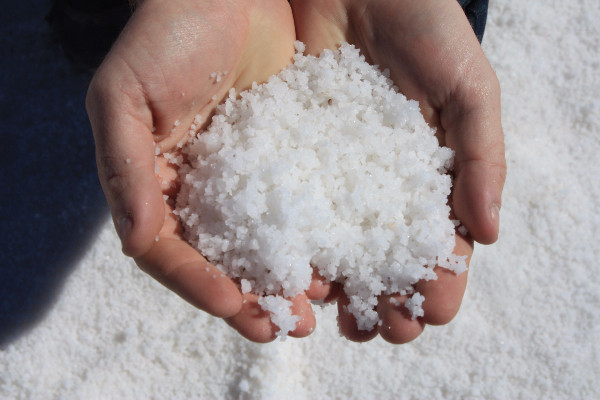 We spent our free time trying to copy some of the more creative perspective photos that can be found all over the Internet, only to find out they’re not quite as easy to master as one might think. Yet, armed with a banana, Pringles container, and tiny llama figurine, we put forth our most valiant effort. 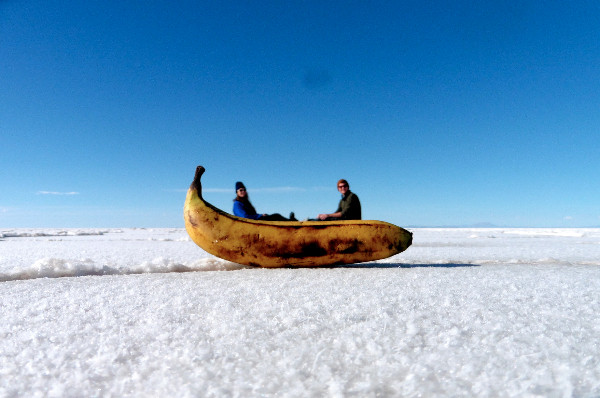 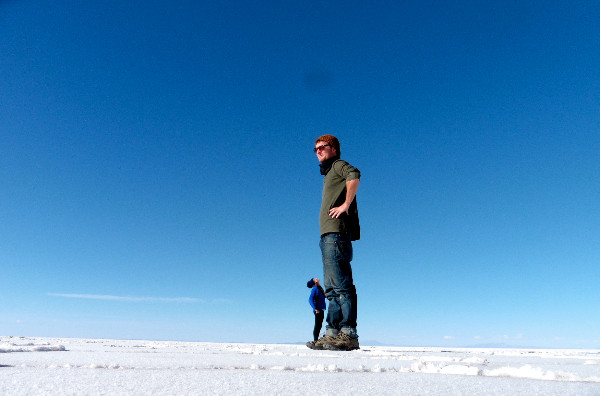 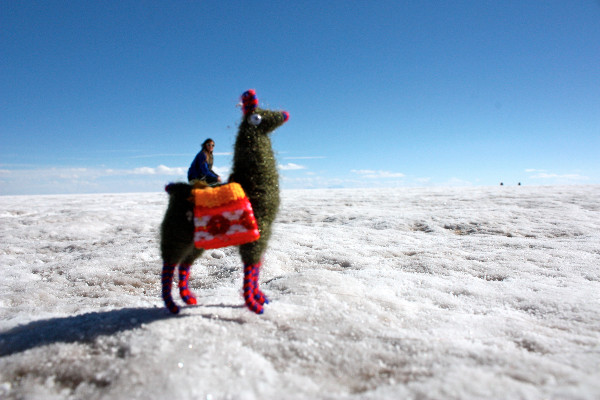 Our final destination for day was a cacti covered hill known as Fish Island, which in my personal opinion (probably, hopefully,) looked just as cool from the ground as it did from the top, which required a $5 entry fee. 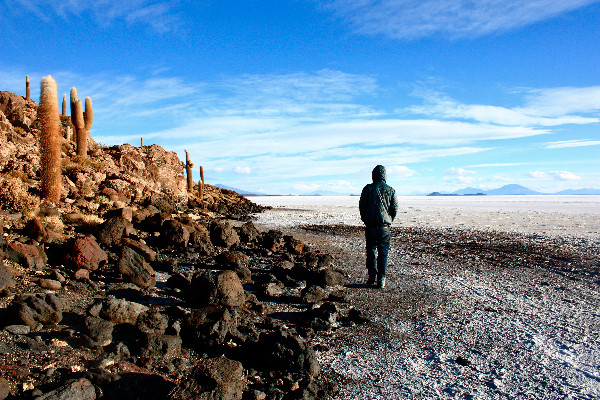 Before leaving the salt flats we caught what had to be one of the most memorable sunsets of my trip. When booking with our tour group, we made them verbally promise that we would remain on the actual salt flats for at least one sunset. Totally worth being that customer, right? 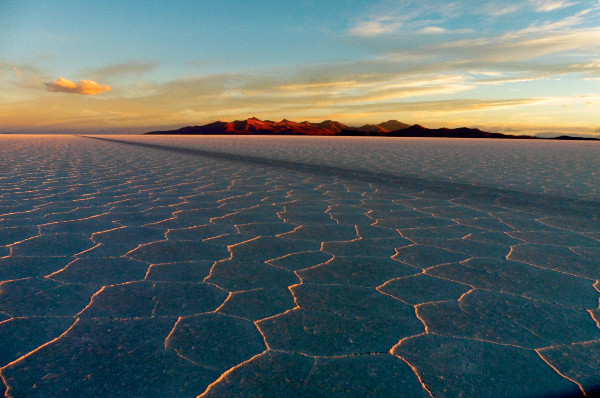 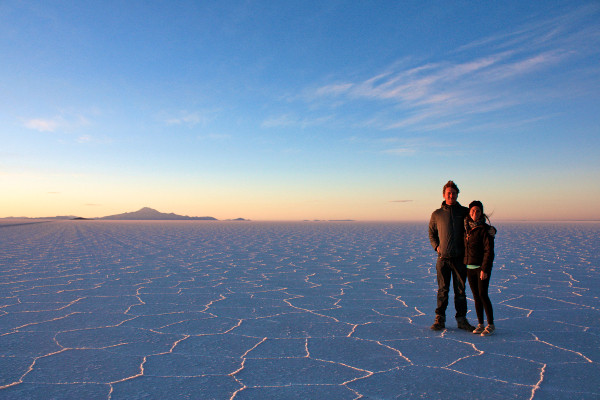 We retired for the night to yet another salt hotel — the walls, beds, table, chairs, literally everything made of the mineral. I highly doubt J and I were the only ones to lick the walls in the privacy of our room, only to find out that they tasted more like salty dirt than the table variety.

The majority of day 2 was spent in transit, hopping to and from a variety of different colored lagoons (there are flamingos in Bolivia?) and marveling at the Mars-like landscape; it was genuinely otherworldly. 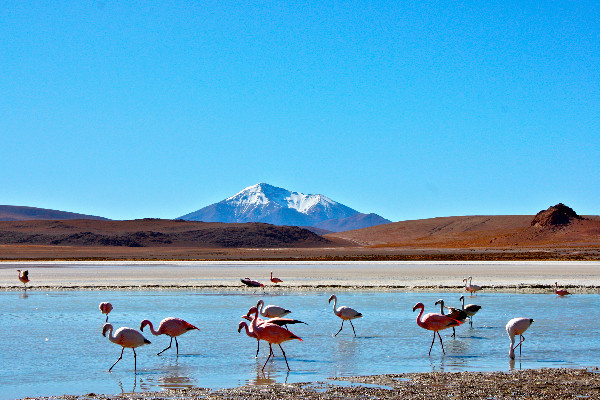 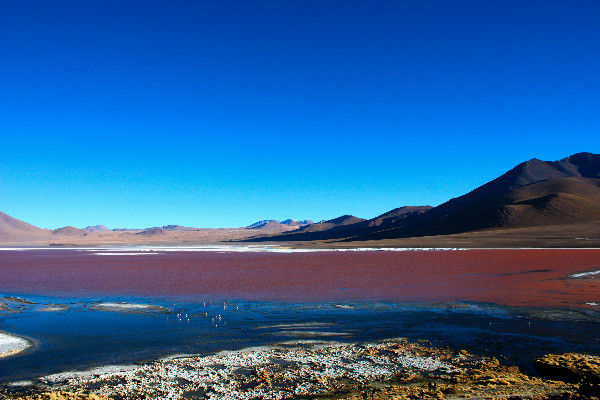 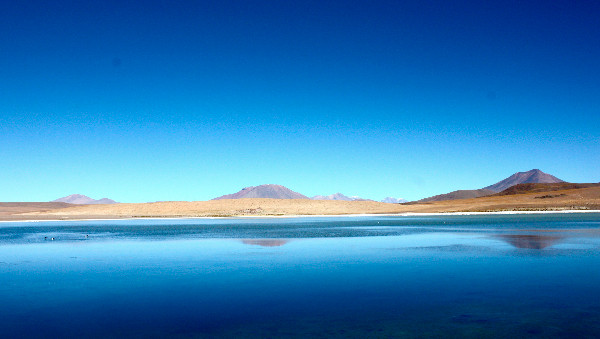 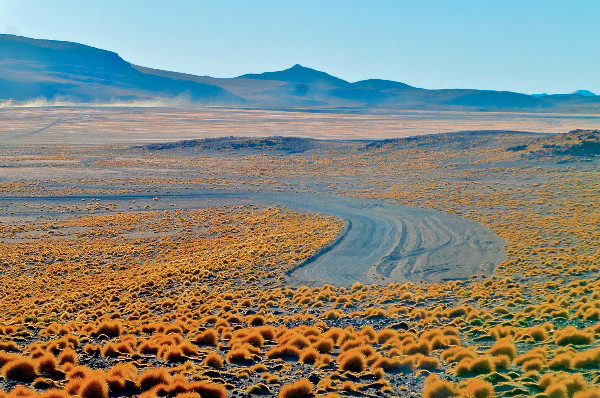 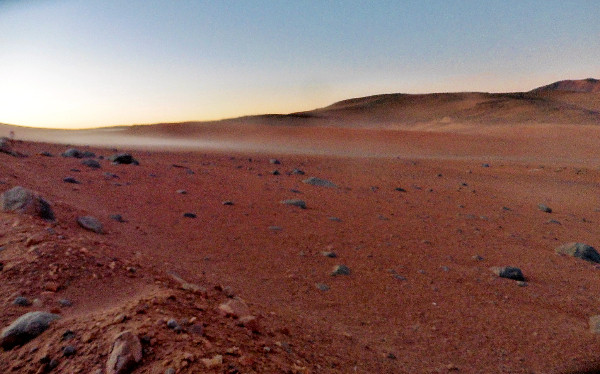 That night we slept in what had to be one of the coldest hostels of all time; no amount of vodka or blankets could help one escape the bone-chilling sub-zero temperature of the unheated rooms. (Sidenote: four things that can make an salt flats tour infinitely more enjoyable are lots of warm clothes, a healthy supply of snacks, a good playlist, and of course, toilet paper).

Our last day consisted of visiting an impressive bunch of geysers that you definitely don’t want to get too close to, hot springs that you should be braver than me and get into, and of course and a long eight-hour drive back to Uyuni. 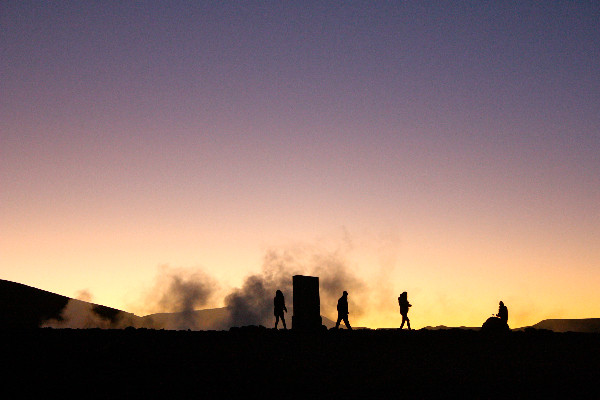 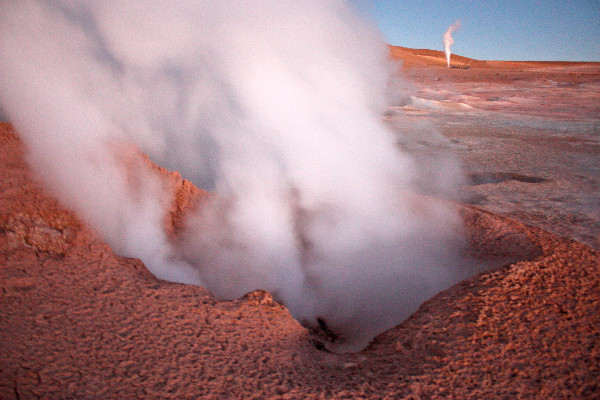 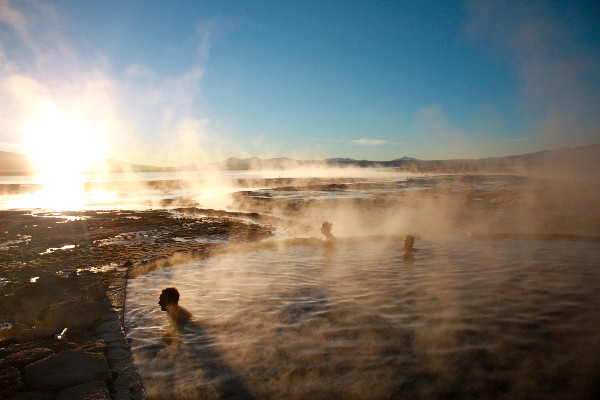