11 November, 2013By The Roaming CoconutsPosted in China

Leaving Central Asia, we knew we were in for a bit of sticker shock. Food and accomodation in China can be quite cheap, but transportation? $40 for twelve hours on a smoke-filled bus. Not ideal. So when Will, our new Chinese backpacker friend, mentioned that he was hitchhiking from Xiahe to Jiuzhaigou but needed a female or two to help him catch rides, we of course jumped on board (don’t worry, Grandpa Norm, it was totally safe). 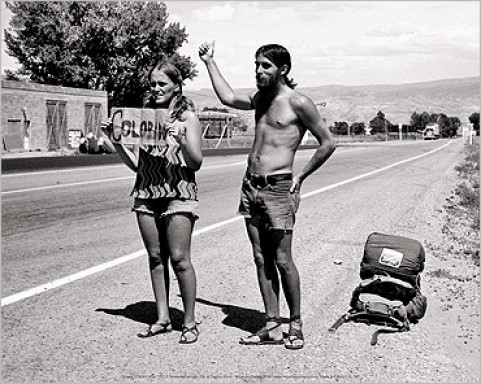 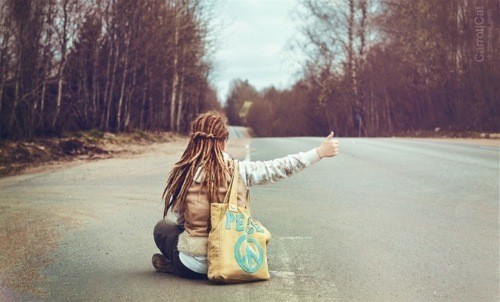 Okay, it was actually nothing like a Jack Kerouac novel, thank goodness. I loved it! Walking for long stretches with all of our belongings on our backs felt like real traveling. We weren’t just handing over money for a bus or train ticket, then plugging ourselves into our ipods and kindles until we reached our destination. Instead we were using our legs (and thumbs) to get places, passing through both towns and open grasslands in the middle of nowhere. Many of the beautiful places we were randomly dropped off in we likely never would have noticed from a bus window. Plus, it was a great way to get to know locals. Some people would only be able to take us a few kilometers, while others drove us for several hours, but they were all curious to hear our stories (well, at least Will’s as he speaks Chinese). On our second day of hitchhiking we took seven different rides to cover 200 kilometers. So much hospitality!

Like I said, I loved it. Danielle on the other hand… did not. She was fairly dismayed to realize that hitchhiking entails actually hiking. She ended up walking a few miles in her less than comfortable knock off Vans from Beijing, and do you remember how I said I try to avoid lifting her pack? She struggled a little, to say the least.

“Why do we have to walk?” She complained to Will. “Can’t we just put our bags down and wait for a ride?”

“Of course not!” Will replied. “We have to show people that we aren’t just lazy and wanting a free ride. If we keep walking they will see that we are hardworking and exhausted, and they will be more likely to stop. Trust me, I have been hitchhiking for a long time. If you don’t want to walk, you can take the bus.”

“Have you written yet about how Will was a complete dictator?” Danielle asked me just now.

Will usually insisted on doing things his way, which led to a lot of clashes with Danielle. But he always redeemed himself later in the day with his enthusiasm for, well, everything. Really, I think even his bossiness was just enthusiasm for doing things a certain way. And he never led us astray, whether it meant leaving several restaurants before finding a suitable (and cheap enough) place or teaching us the rules of hitchhiking.

On our third day of hitchhiking we struck what I guess is considered hitchhiker’s gold when we were picked up by a Chinese man with a very well-dressed dog seated beside him. We all piled into the back (obviously the dog had to stay up front) and Big Brother Wong, as we would later learn to call him, told us he could take us all the way to Jiuzhaigou Valley National Park. What luck!

Our luck did not end there, however. When we arrived in Jiuzhaigou, Big Brother Wong insisted on treating us to what was probably one of the best meals we had in China. He also insisted on having us sample some local baijiu, a popular Chinese spirit often deceptively referred to as “white wine,” though it contains 60% alcohol. Dangerous! Danielle quickly won over Big Brother Wong with her ability to easily down shots, and he nodded at her in approval. Then he turned to Will and asked if I wasn’t the Norwegian one. “Norwegians should drink more than that!” Sorry, Big Brother Wong. I’d blame my American dad, but he’s from Kentucky…

After lunch Big Brother Wong took us to a hotel and said that we could stay there for two nights for free because it belongs to his friend. He also had a friend running a Tibetan restaurant, so of course the next evening we would have to go there for dinner. And then, when we told him of our plans to go to Chengdu after seeing the park, he said that he was heading that way and could give us a lift. The nicest. 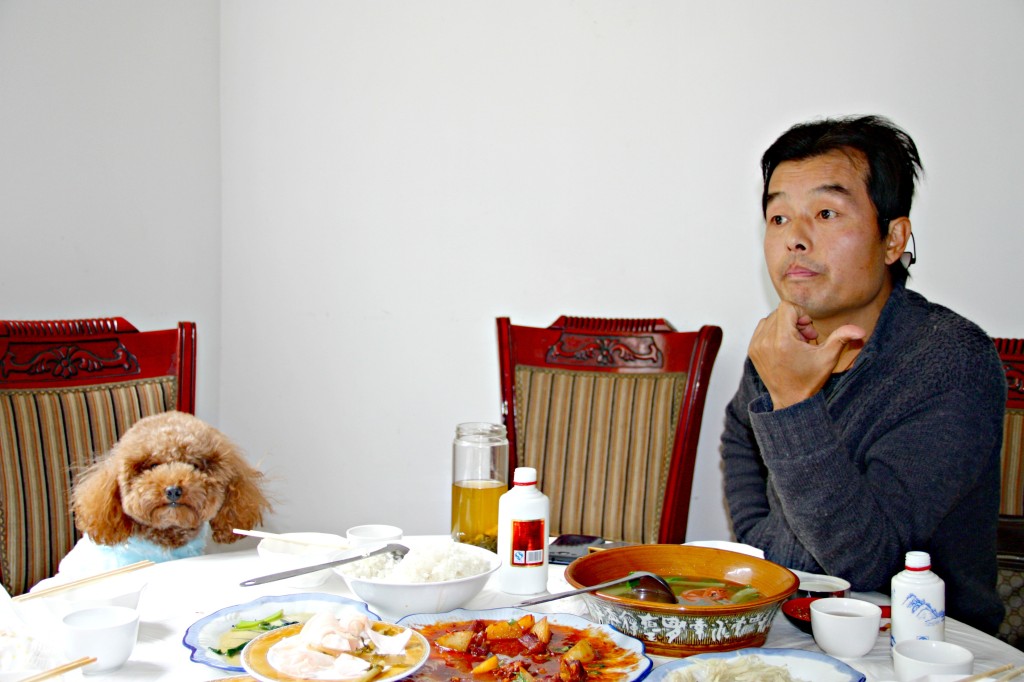 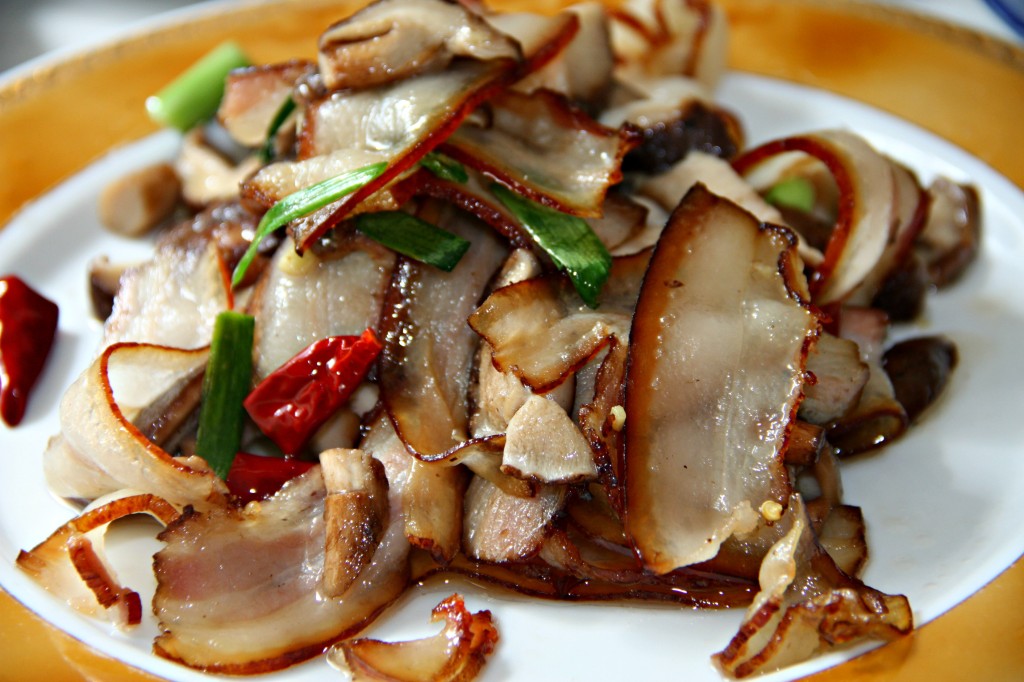 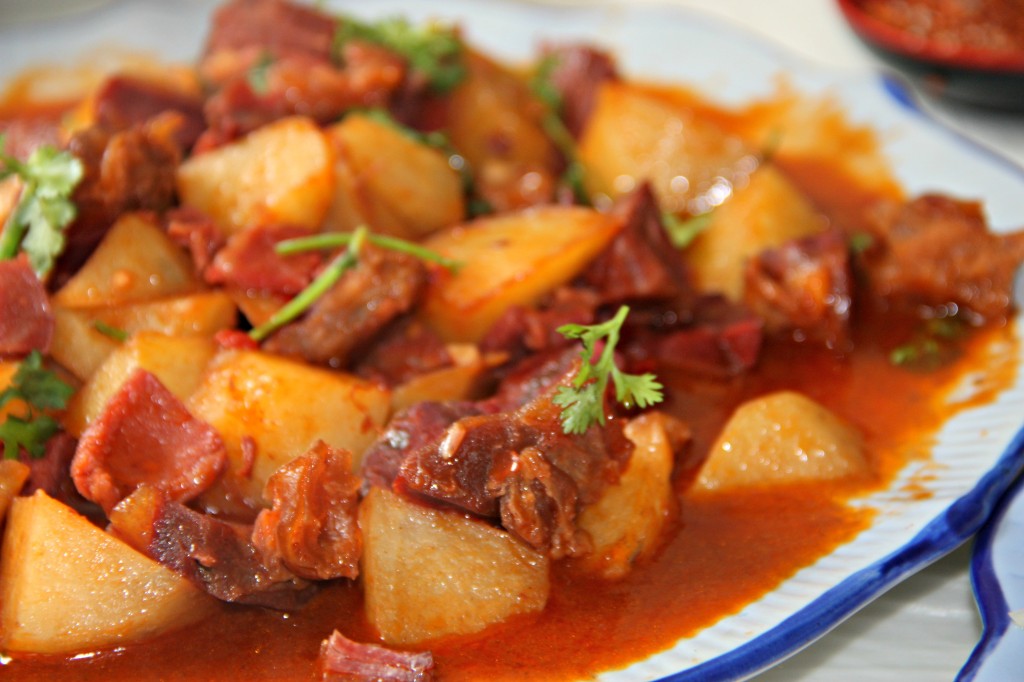 Big Brother Wong used to be in the Chinese army and very rarely smiles, but we quickly learned that he is incredibly caring and hospitable. On our last day with him he wrote Danielle and me a note (he didn’t speak English so must have had a friend translate for him), explaining that it was his pleasure to host us in China and wanting to make sure that we knew that we would not have to pay for anything (I guess he was worried that Will, who had been acting as translator, would secretly take money from us). So sweet. And a great way to end our time hitchhiking in China!

[box] Hitchhiking has recently become more popular in China, so it is not that difficult to get picked up. Generally people say it’s easier for girls to find rides, but Will also managed fine on his own. We only hitchhiked with Chinese speakers, so if you want to try and don’t speak the language, we would recommend having someone write the place you want to go in Chinese, and also a note explaining that you would be happy for them to take you as far as they can, even if only a few kilometers. People usually also asked Will a few basic questions about us before taking us to make sure we were safe, so having a note with a little personal information would also be helpful. And remember, it’s okay to say no to a ride if the driver/vehicle looks sketchy, and don’t hitchhike in the dark! It’s way better to cut the day short than risk getting stuck somewhere as the sun is going down.[/box]

8 thoughts on “Hitchhiking in China”