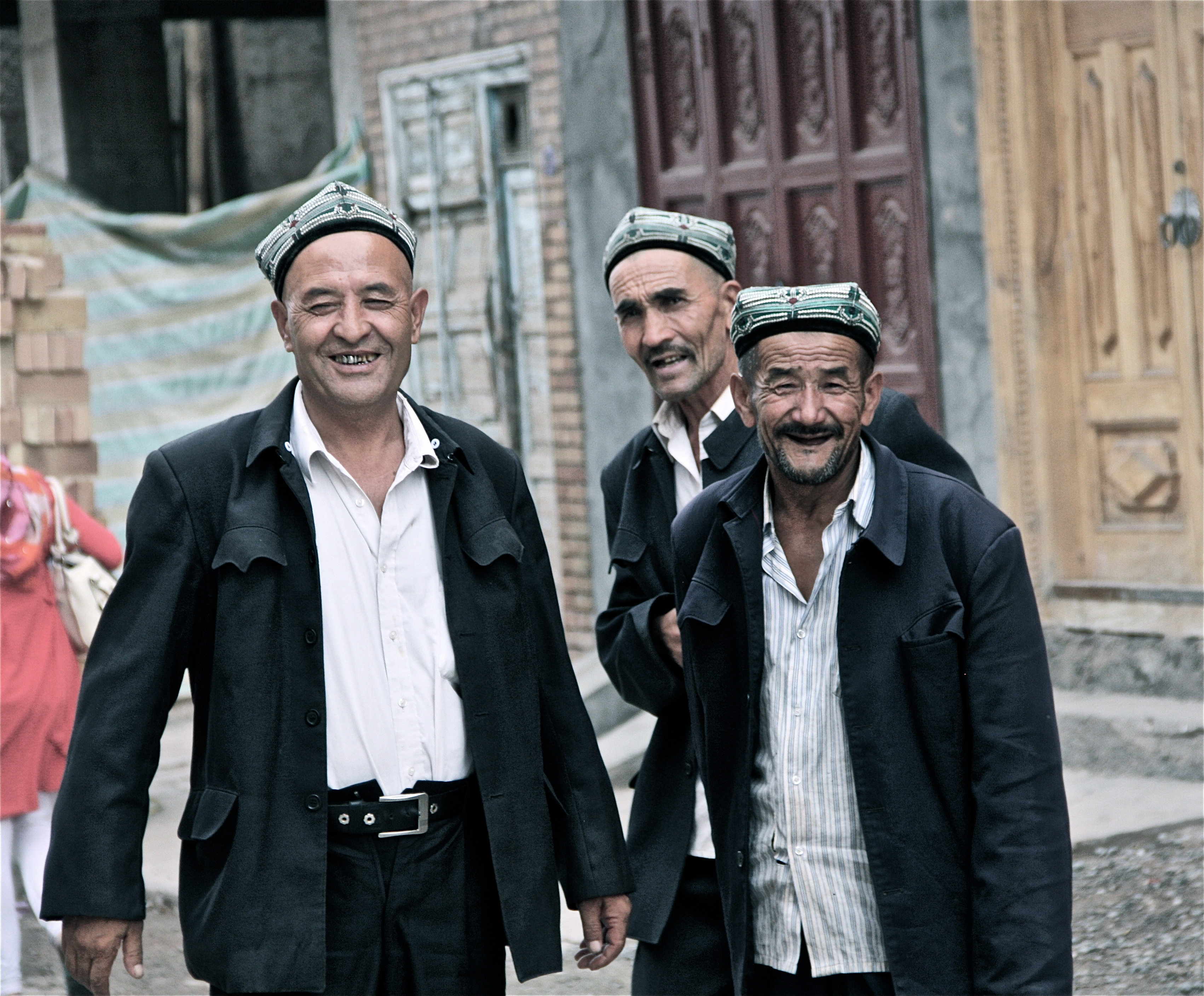 Dumplings and Naan in Kashgar

31 August, 2013By The Roaming CoconutsPosted in China

If Danielle had blindfolded me for the 72-hour train journey (uh, thanks for not doing that though) and secretly led me to Kashgar, looking around I doubt I would have been able to guess which region of the world she had taken me to. Over two thousand miles from Beijing, Kashgar feels much more like the Middle East than China. Arabic script sits alongside Chinese characters, men wear doppa hats and women keep their heads covered, luxury cars have been replaced by donkey-pulled carts, people eat fresh figs and almonds instead of chicken feet, and rice has been traded in for naan bread (although unlike with rice, it is forbidden to throw away naan; we’re still unsure how to dispose of it, so we have been eating a lot). 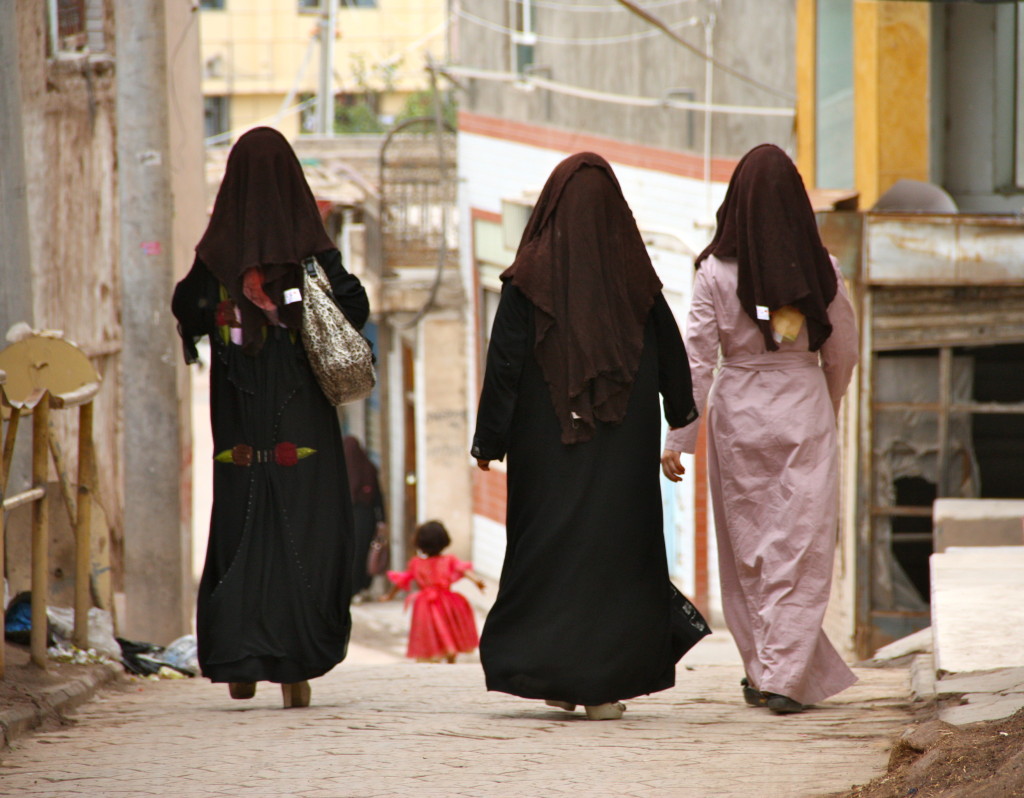 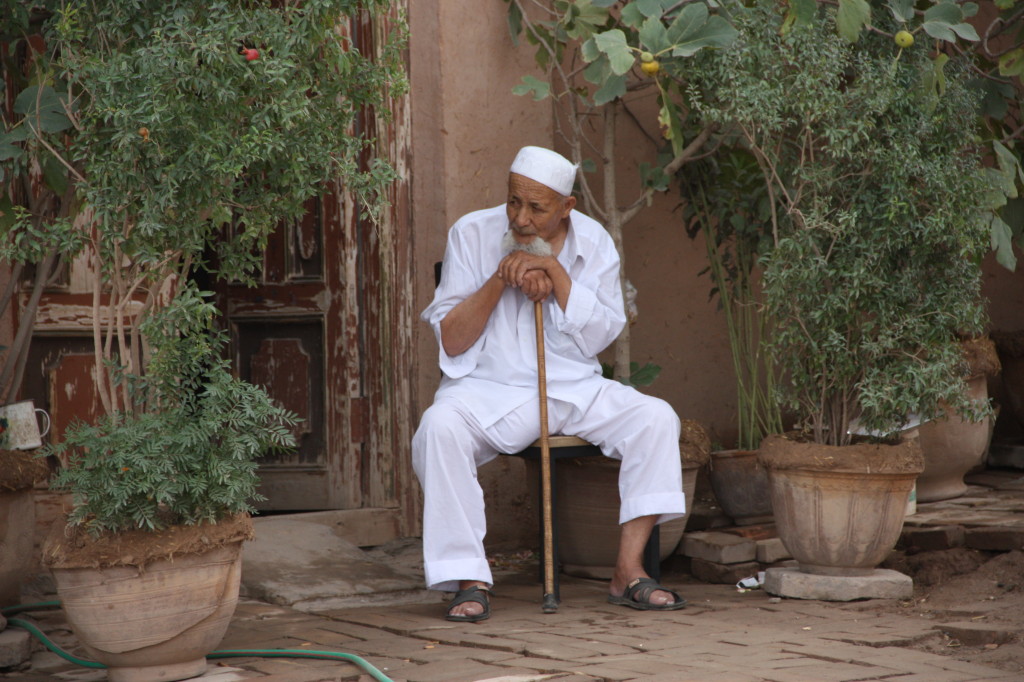 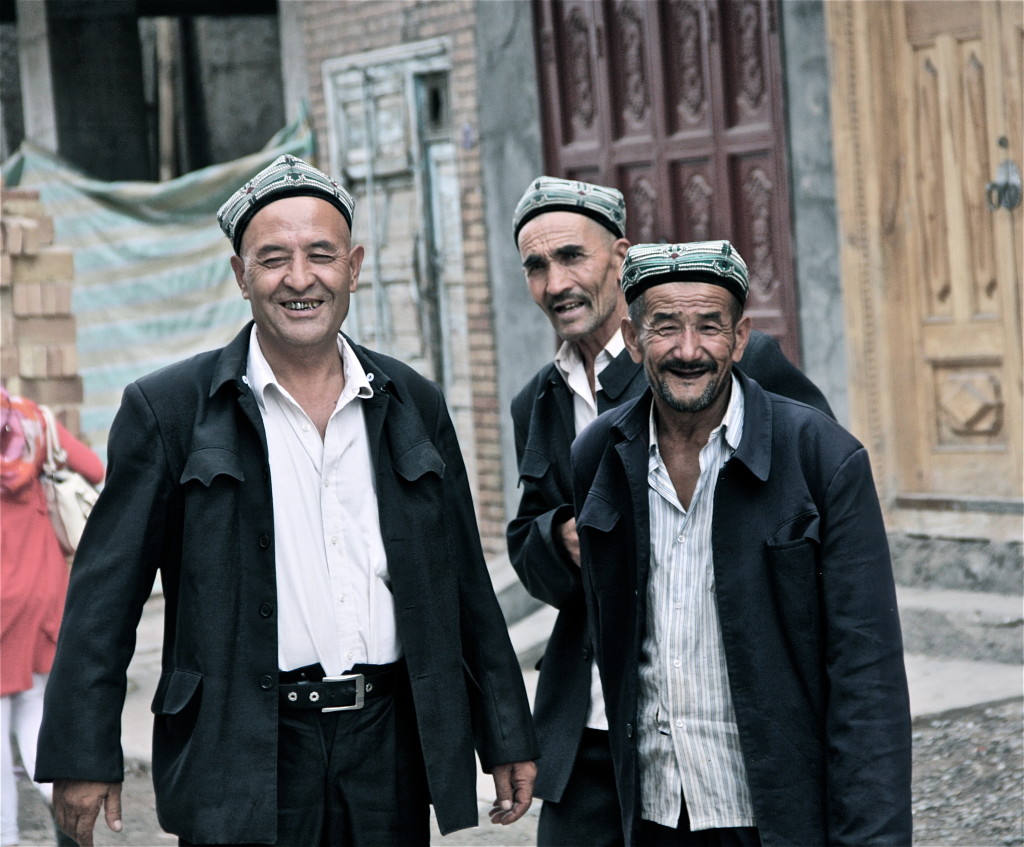 It’s all a little unsettling, not only because it looks like the Middle East in China, but also because… it really looks like the Middle East in China. That is to say, the Uyghur people here and their culture appear so different from what we’ve seen in the rest of the country, so what are they doing as Chinese citizens? Do they want to call themselves Chinese, or are we in a lesser known version of Tibet?

Ali, the Uyghur man we talked to on the train (you remember, the Hitler fan) talked a lot about the difficulties of being a minority in China and voiced a strong resentment against the government. Now, it’s a little hard for me to give too much weight to the opinions of a man praising Hitler and dreaming of moving to Saudi Arabia, but then again, the radical nature of his ideas might just be a testament to his complaints of lack of education opportunities and social exclusion. Ali seemed genuinely surprised (and skeptical) when Danielle pointed out that Hitler also would have killed his family, and when we asked how it could ever have been okay to kill innocent Jews he replied with, “Don’t you know the Jews? They’re the people killing Muslims in Palestine. They’re dangerous!” (Sasha and Danielle probably wisely refrained from pointing out that the two young women sitting next to him also happen to be Jewish). When we asked why he would want to move to a country with so few freedoms, especially for women, Ali shook his head and explained that there is no greater freedom than living according to the laws of one’s religion, something that we probably could not understand because we aren’t Muslim. And he’s right, we do have different worldviews. “You should really have a religion,” he told us before leaving, again shaking his head at these three American girls living in a profane world to his sacred. But if it were the other way around? Had Ali been raised and educated in the U.S. I could easily imagine him being just like any other young intellectual, probably discussing the merits of universal healthcare instead of genocide.

Of course Ali’s opinions aren’t representative of all Uyghurs. We also spoke with an older couple teaching at a nearby university. They hope for democracy in the future, but recognize that the government has other plans, trying to get more Chinese to move to the city to eventually outnumber and disperse the Uyghurs. To encourage Chinese to move from crowded cities in other parts of the country, the government has initiated various improvements to Kashgar, including building new housing and introducing a law that all motorbikes in Kashgar be electric. Someone also must have gone a little overboard with  lights during the city’s makeover, because at night the entire city is outlined in bright blue and green neon. Artsy? 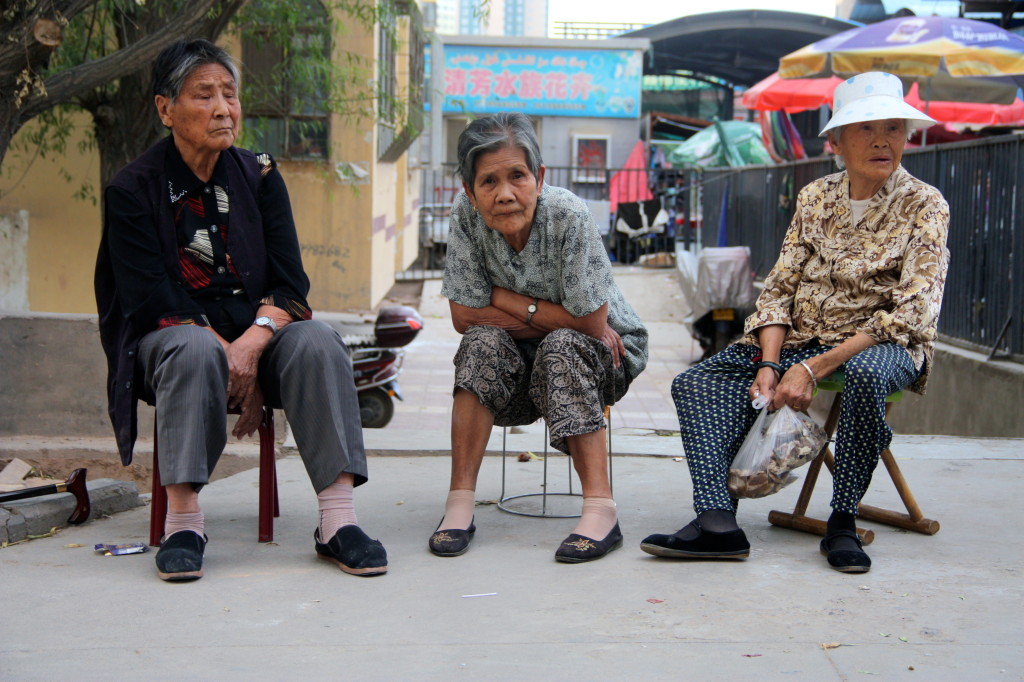 Still, we really loved Kashgar. The people were so nice, and the food! The food. Homemade noodles, fresh crispy bread, steamed buns, fire-baked rolls filled with mutton fat (favorite!), and soup with sausage and dumplings, which we later found out were actually rice-filled intestines and sheep’s lung. So, so delicious. Maybe a little too much so, because we never managed to restrain ourselves long enough to take pictures of what we ate. Sorry, guys! 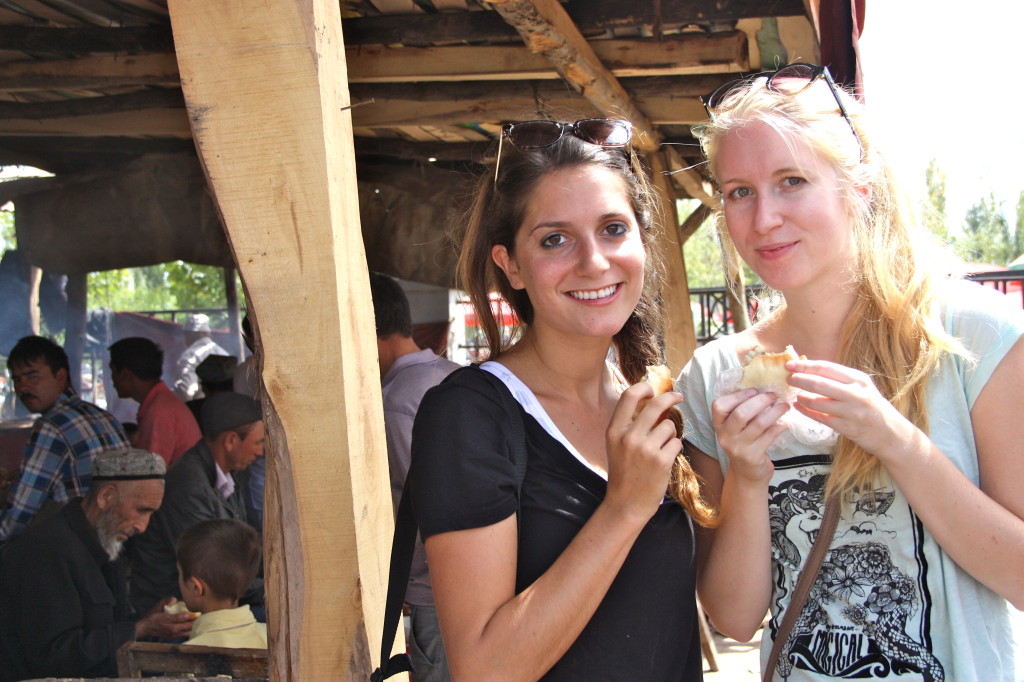 We also visited a Sunday animal market, which (surprise) also had tons of yummy food. The animals were cool too, I guess. Though a little out of control! I’m still impressed we managed to get out of there without any sheep kicks to our shins. 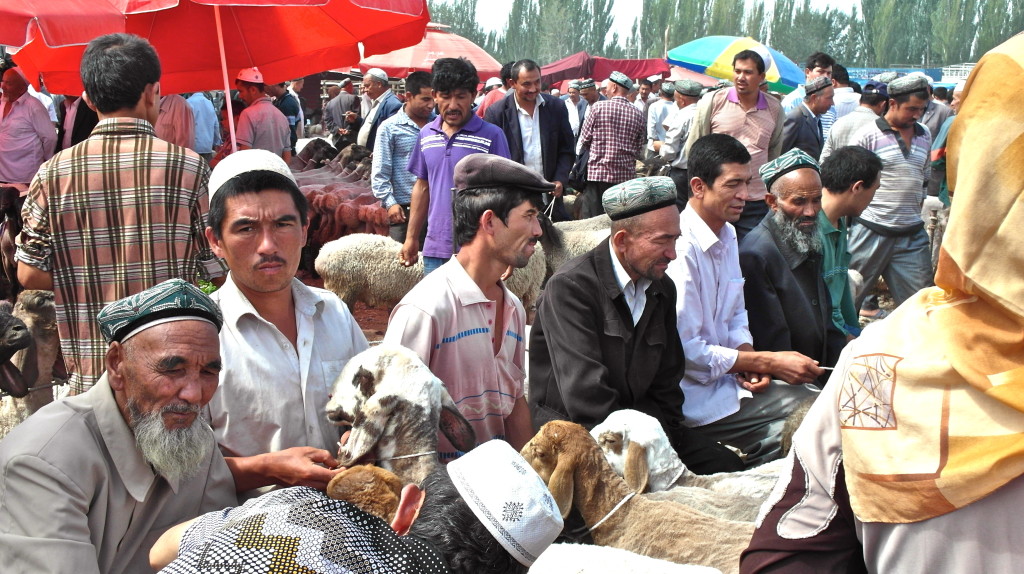 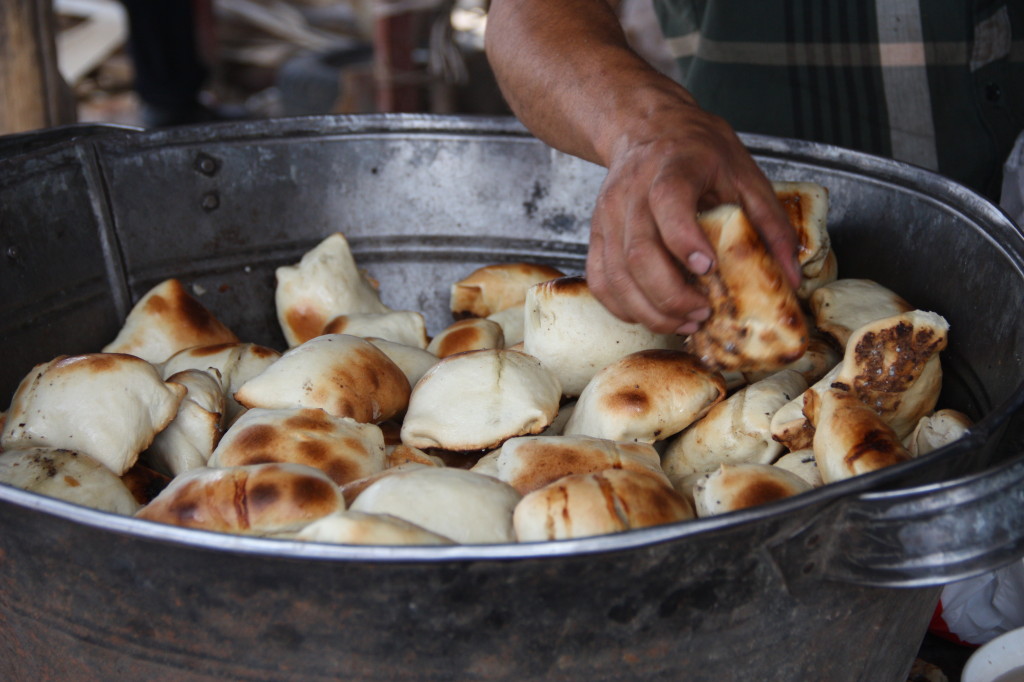 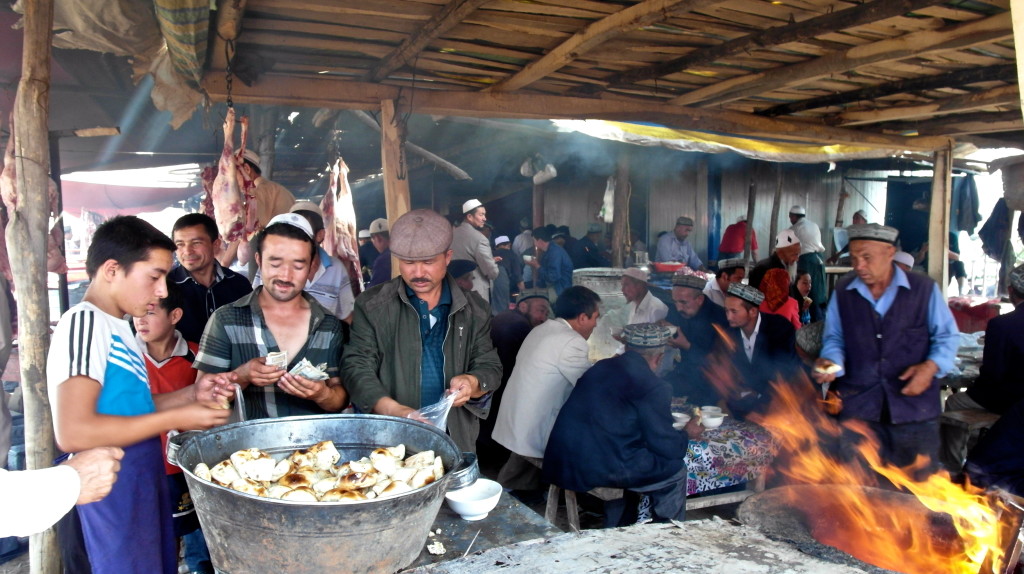 The rest of our time in Kashgar was just spent wandering around the Old Town and mud house slums, and hanging out with with Chinese travelers at our hostel (if you remember, we hadn’t booked a place to stay in Kashgar, but luckily another tourist took pity on us at the train station and brought us to the hostel he had booked, where we were the only Westerners). 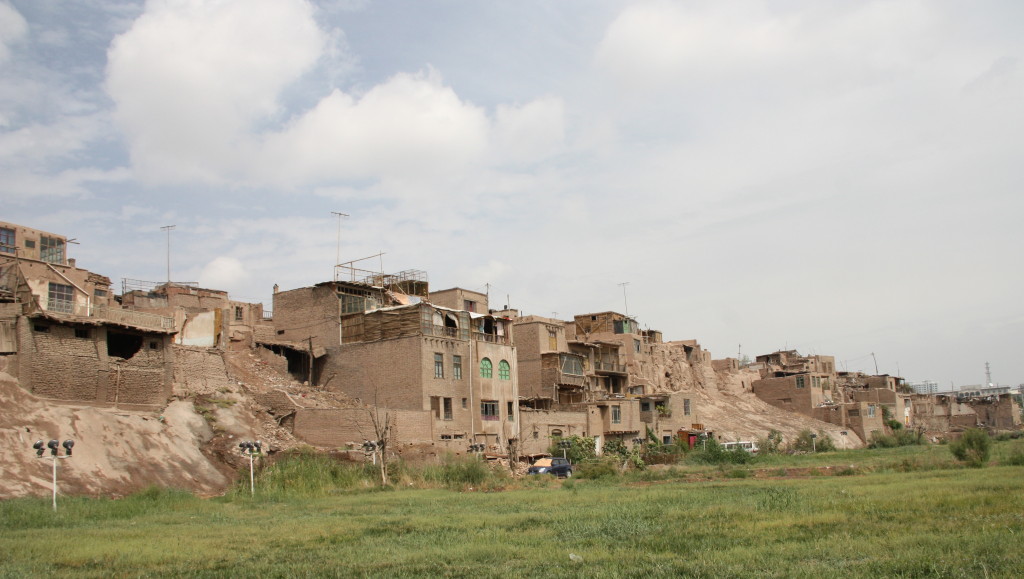 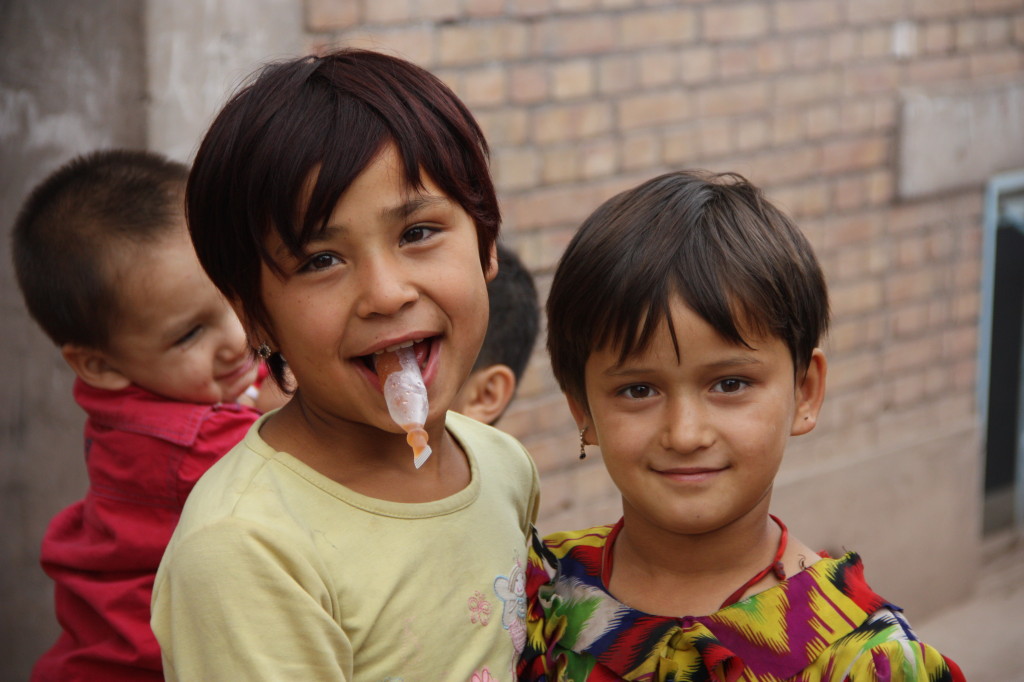 [box] We stayed at Maitian International Hostel , which was a really great experience, but few of the staff spoke English and it was a bit of a walk from town. We also stopped in Pamir Youth Hostel to get some information about getting to Kyrgyzstan and it looked pretty nice. Perhaps a better option if you’re looking to meet other foreigners and stay within the Old Town. [/box]

13 thoughts on “Dumplings and Naan in Kashgar”