25 July, 2013By The Roaming CoconutsPosted in Indonesia

“It’s dirty, it’s smelly, it’s gross.”  Backpackers we met were unanimous in their dislike for Jakarta, the overpopulated capital of Indonesia. We love a good underdog, and so wanted them to be wrong.  Just call them pretentious traveler types. But they were right. Jakarta smells like sewage, has horrible smog and the traffic — woah. However, besides the abovementioned we really liked it! We had a great and truly authentic experience (much appreciated after being in such touristy places) due in full to our Couchsurfing host, Andi. I’ve Couchsurfed before with varying degrees of success (e.g. nearly getting kidnapped in Nicaragua) and this was the best.

We slept through our train stop (surprise, surprise) so when we finally arrived it was nearly 6 am.  Andi lives in a quaint, completely non-touristy Muslim neighborhood (although Andi’s family is Christian, which explains why they were able to host us during Ramadan).  For a while we couldn’t find the house, and we were three very out of place Western girls wandering around.  But we found Javanese people to be the nicest in Indonesia, and true to form one neighbor led us to another who led us to another who led us to Andi! (Sidenote: when Andi first started hosting Couchsurfers a few years ago his neighbors thought he was a drug dealer because off all of the strange foreign people arriving at his house in the middle of thenight with big bags.  He gave a community presentation on Couchsurfing to clear the air and is now known around town as “International Boy.”)

Because we have been waking up at 4 am everyday (yeah, you read that right, not going to sleep at 4 but waking up at 4 — who am I becoming?!) we took it pretty easy.  We visited a chaotic market, felt sad for all of the caged baby monkeys for sale (seriously PETA, forget harrassing fur-clad women, Indonesia needs you!) and ate (mystery) meatballs the size of tenis balls. 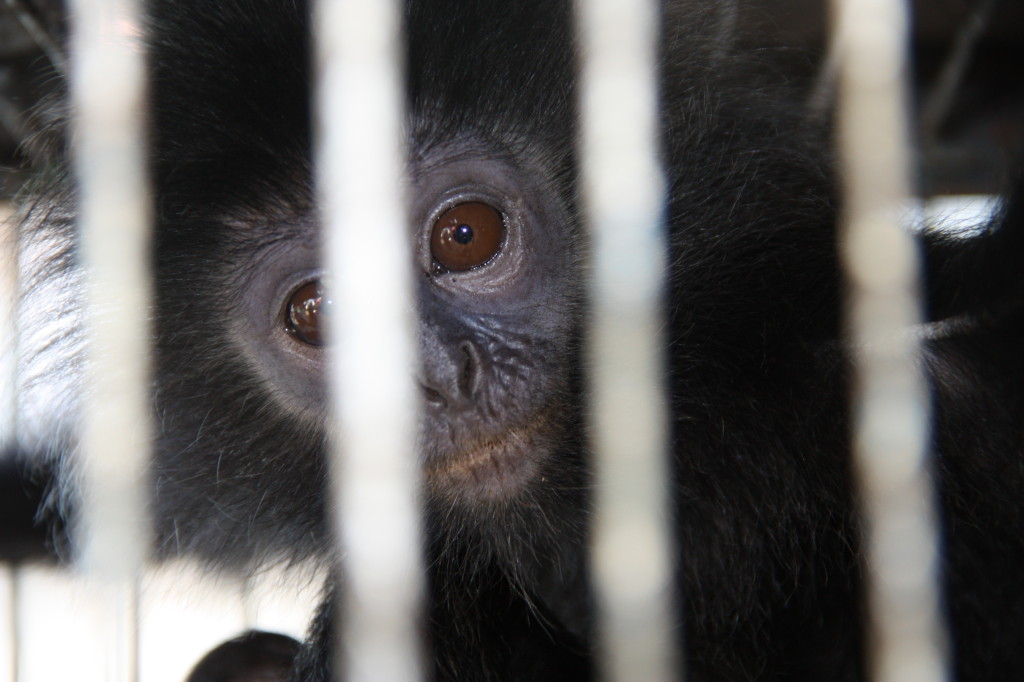 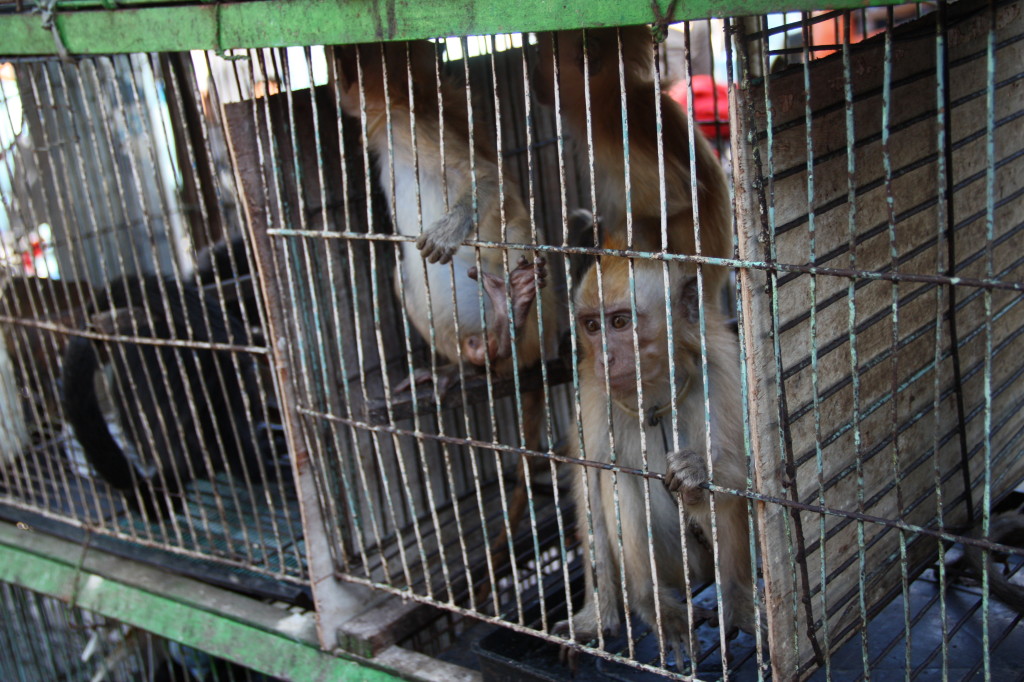 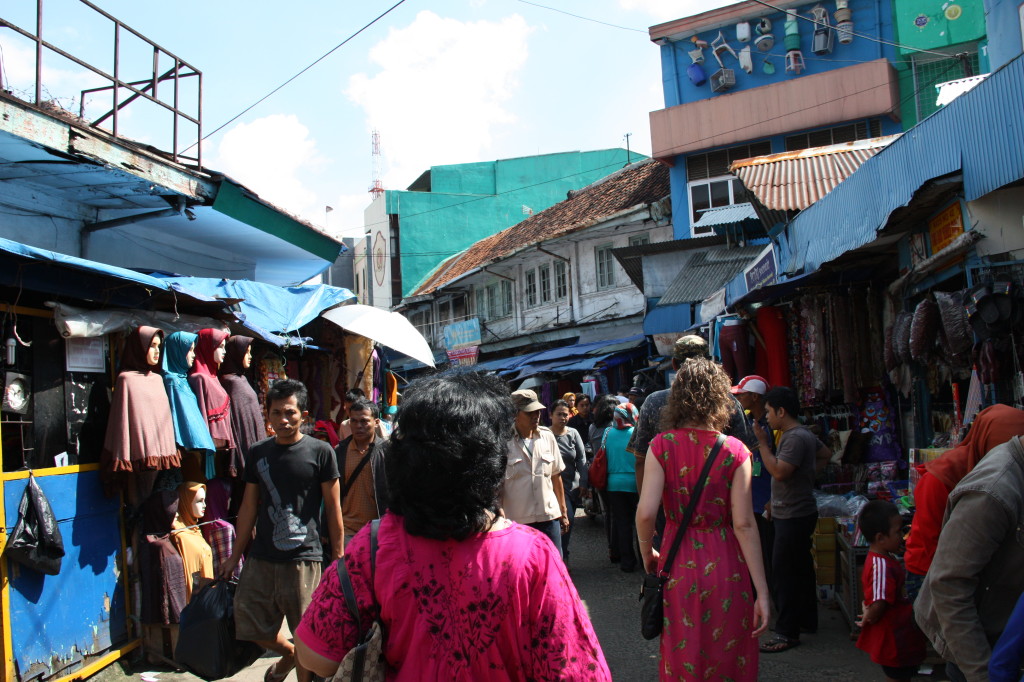 We finished the night with a very blasphemous beer (in a Muslim country and during Ramadan) as we had to wake up at an ungodly hour once more to catch our flight to Malaysia.

Night train from Yogyakarta to Jakarta: executive class $28, business class $18. We opted for business and it was fine, but if your budget allows definitely splurge for executive; I’m sure reclining seats make the 9-hour ride much more enjoyable.  Best to book the tickets at least one day in advance, which can be done at the train station.