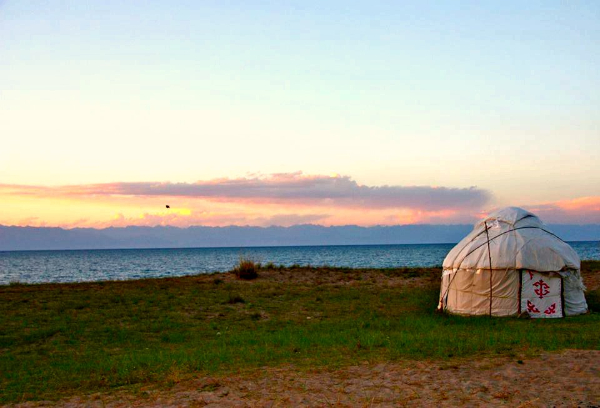 My Around the World Round Up: Part II

Central Asia.  The collection of countries otherwise known as the “Stans.” But more accurately… the collection of countries people just don’t know about. Well, save for Afghanistan, but it seems we just consider it the Middle East now.  I mean I certainly didn’t know how to spell Kyrgyzstan two years ago. And Tajikistan? To be honest – I may not have known it existed. So how did I end up spending the better part of two months making my way through Kyrgyzstan, Kazakhstan, Tajikistan and Uzbekistan?

It all started with Mongolia, a country that Silvia and I had both been dying to visit. But when you put two people like us together, it’s never that simple.  It started with studying the map. Kazakhstan is so close. Plus it’s the inspiration behind Borat. Should we visit? This led to many hours of Wikitravel-ing. Kyrgyzstan sounds even nicer AND it’s visa-free for Americans. Check! It only took reading a few blog posts to decide that Tajikistan was a must-see. And if we were going to be that close, it would be silly to miss Uzbekistan. Then the night before we were supposed to take the train from Beijing to Ulan Bator, Mongolia’s Capital, we met a group of travelers who had just returned from all of the above-mentioned countries. “You’ll never have time to visit everywhere before it gets cold,” they warned us. Hmmm. “Plus, Mongolia is expensive.” Enough said. With that, we axed our original plan and set off for the Stans. And that friends, is beauty of long-term travel without an itinerary!

My favorite Stan! Here you can expect endless opportunities for adventure, plenty of yurt sleepovers, stunning, unadulterated landscapes, tons of Israelis and lots of melty, fatty, delicious mutton samosas. Just the thought of which is making my newly vegetarian mouth water.  Kyrgyzstan is horse country which meant two things: 1) I got to go on an amazing horse trek which I LOVED because it was so beautiful and it was basically like hiking but my legs didn’t get tired and 2) I tried drink fermented mare’s milk. I wouldn’t say this was a love or something I would want to make a milkshake with, but it was certainly unique. 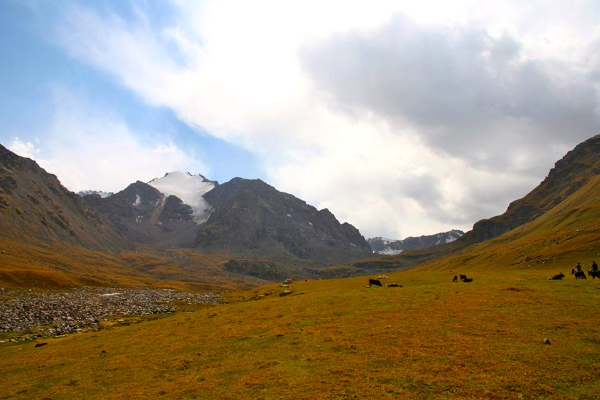 Yet my favorite part of Kyrgyzstan wasn’t the samosas, certainly not the mare’s milk and not even the buff Israeli trekkers; it was hanging my Kyrgyz family! And by Kyrgyz family, I mean the people who took Silvia, Sasha and I in late one night after we crossed  the border and had nowhere — yes, we are poor planners — to stay. (Trust me, they were happier than they look.)

After three weeks in Kyrgyzstan and lots of conversations with other travelers, we weren’t really feeling Kazakhstan anymore. But we had already spent $160 each on the visa, and there was no way we were going to let that go to waste. We stayed for exactly one week, spent a lot of time on busses (on one of which I woke up to my teenage Russian seat mate spooning me), got bedbugs and learned the hard way what happens when you forget to register with the authorities. So, not the best time. But the people were really sweet!  And the Shawarma? Top-notch. And the cotton candy! So fluffy. Honestly, Kazakhstan is a huge country and deserves way more time than we gave it. I wouldn’t necessarily rule it out…I just really hate bed bugs. 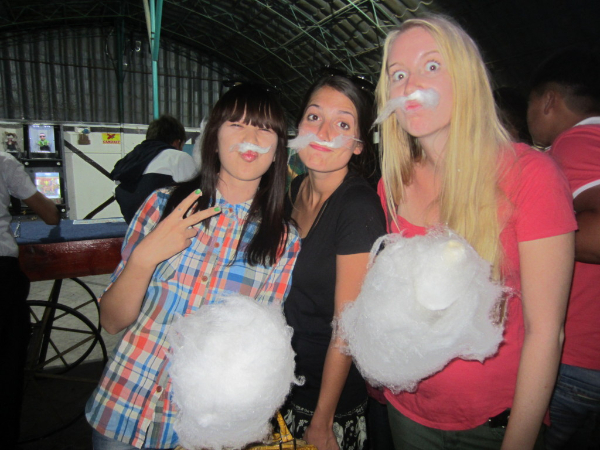 We weren’t 100% sure about Tajikistan when we set out. We really wanted to go but the country still has a bit of a reputation due to its semi-recent civil war. Though really, when has that ever stopped us? Luckily, by the time we had to decide we had heard plenty of encouraging stories, including word that the locals were some of the world’s friendliest. We traveled from Kyrgyzstan via the Pamir Highway, which, at an altitude of more than 15,000 feet is the world’s second tallest road. Hands-down the most breathtaking (albeit slow and bumpy) drive of my life. 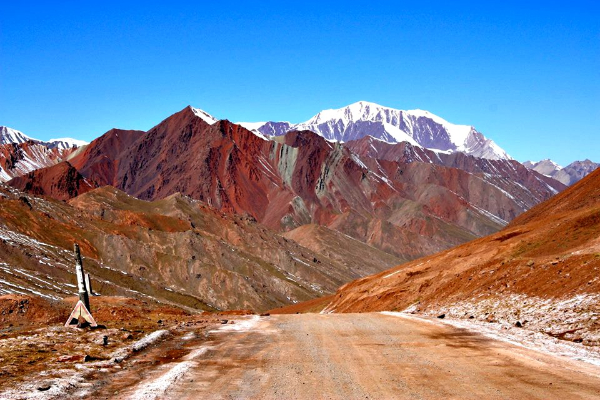 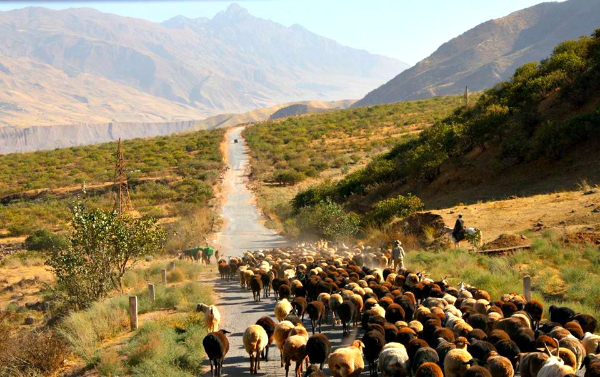 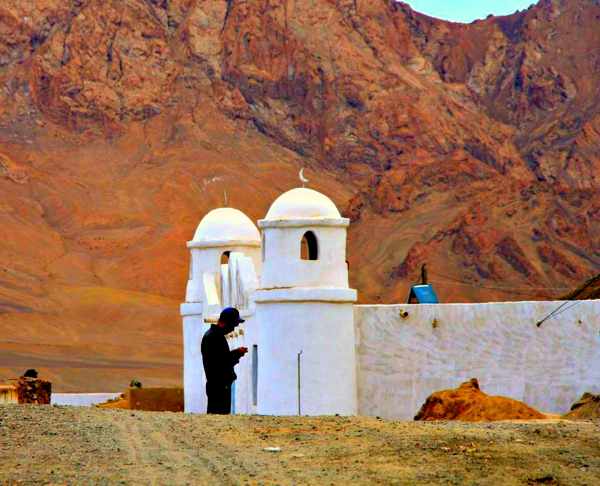 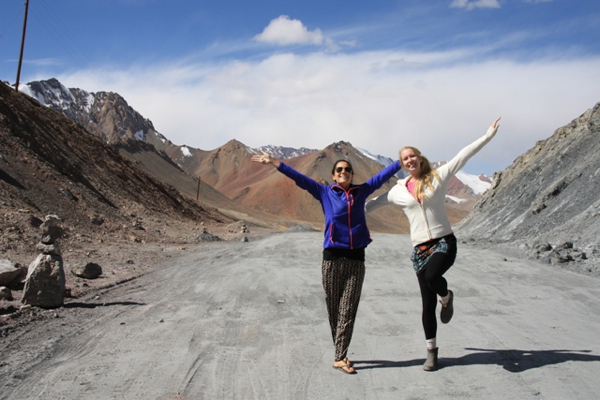 Transport is notoriously expensive, and even though everybody said we wouldn’t be able to, we managed to hitchhike most of its length, resulting in slightly uncomfortable ride with a potential mobster and his goons, and our first of many semi-truck trips. 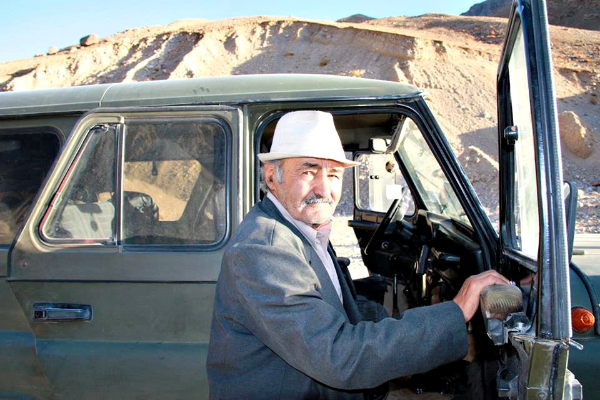 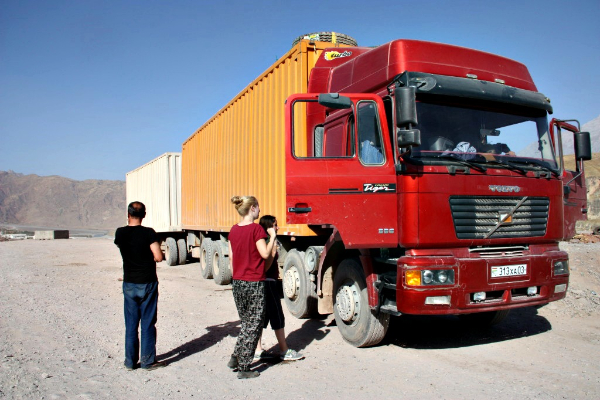 My most memorable day in Tajikistan was spent at the Afghan cross border market, a dusty strip of land nestled between the two countries where you can buy anything from authentic Afghan rugs (which I purchased and subsequently left in a Chinese taxi) to pilfered World Food Program biscuits. 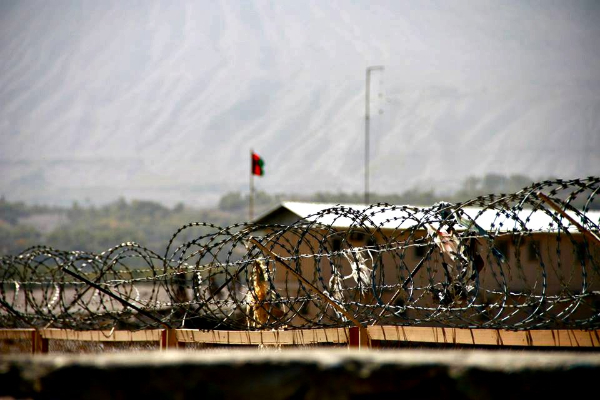 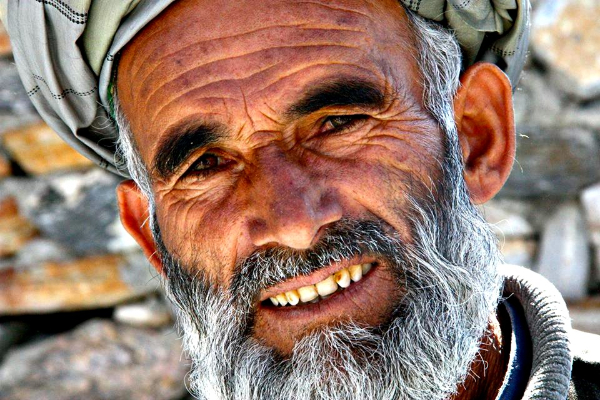 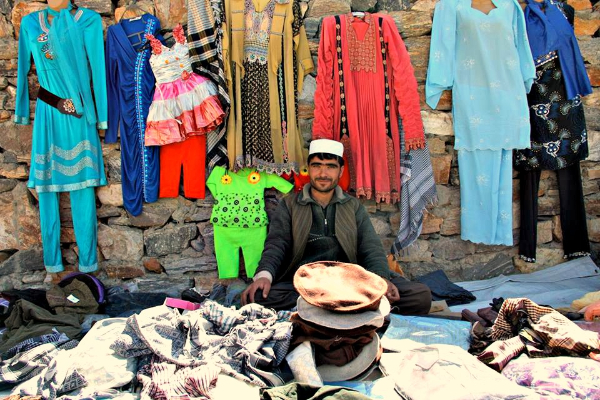 You might want to take this with a grain of salt because fine architecture just doesn’t get me excited, and why go to Uzbekistan if not for the famous Silk Road architecture? Just keep in mind, if doing so you’ll be in the company of hundreds of tour busses full of people, and I swear to you they must have some sort of age minimum — nobody under 65 allowed?  Now trust me — I’m a big fan of the geriatric crowd, it’s just anywhere with that many deep-pocketed tourists becomes expensive, and worse yet, loses some of its authenticity. Still, even I can see that the buildings were gorgeous. 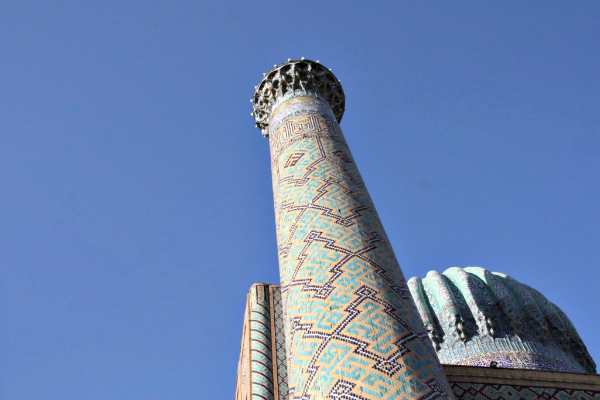 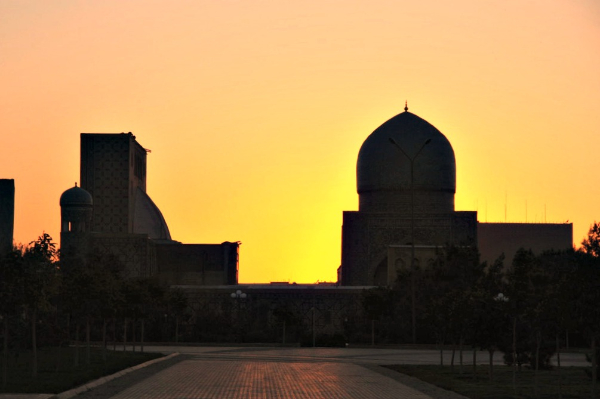 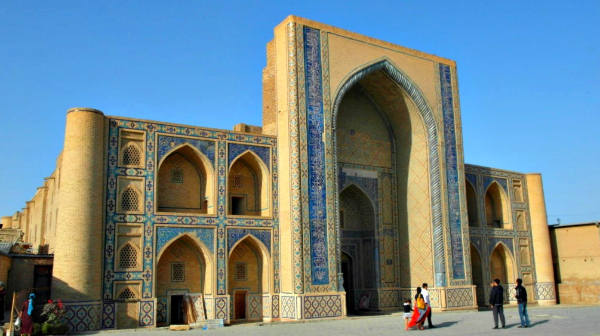 Up next: Vietnam, Cambodia, Burma and Thailand

4 thoughts on “My Around the World Round Up: Part II”