6 July, 2013By The Roaming CoconutsPosted in Indonesia

I never thought I would miss the craziness that is navigating Chiang Mai streets on a motorbike, but oh my goodness, how Bali traffic makes me long for those calm calm roads. Sitting on the back while I drove, Danielle probably had no idea how many dangerously close calls we had, lucky thing. Then again, it might actually have been more stressful to cling to the bike as we swerved around sharp bends and squeezed between fume spewing trucks, completely powerless to prevent the certain collisions about to happen. Thanks for all the trust (or silent prayers), Danielle! And don’t worry, parents, we’re done with motorbikes for the time being. Actually, I think we HAVE to be done; my hands were so sore from gripping the brakes that I couldn’t even hold my chopsticks at dinner.

It was worth it though, because Padang Padang beach is way nicer than Kuta.

And we went to a temple. 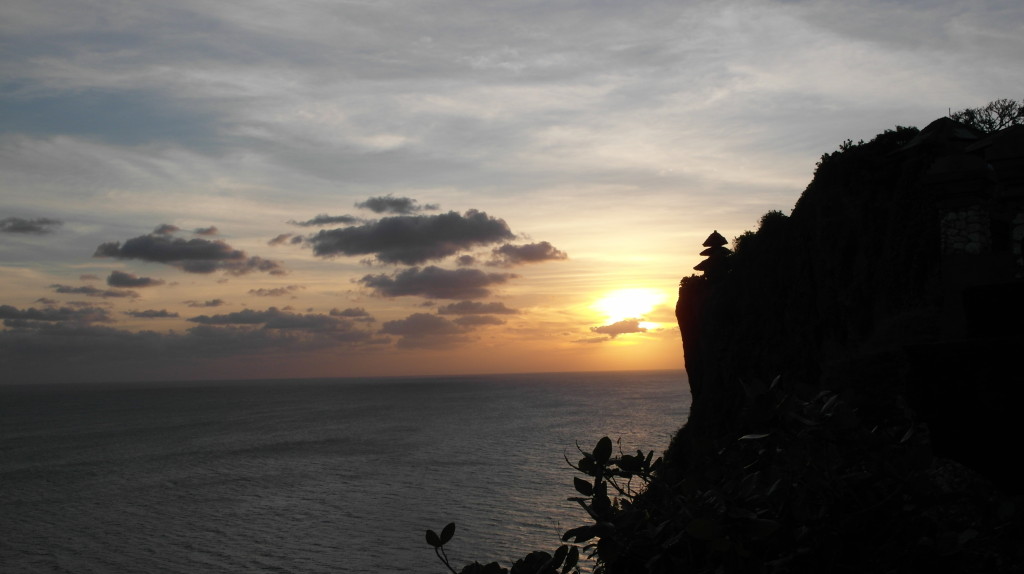 In fact, we might skip Kuta altogether on our way back through Bali. While the area certainly retains some of its beauty from the island’s glory days, its charm has been somewhat eroded by all of the tourists. Stands selling lewd t-shirts (I’m not gay but $20 is $20, etc.) line the streets alongside signs advertising magic mushrooms, the throwback drug from everyone’s high school days, which for some strange reason are legal on the island. Ironic considering Indonesia still executes people for certain drug related offenses.

While in Kuta we did come to some serious conclusions. The first being that Silvia’s skin isn’t red because she is Scandanavian and prone to sunburn. Of course not. It’s because she eats too much ketchup! At least according to some Balinese street characters.  Saucy takes on a new meaning here apparently.

Secondly, for the remainder of our trip I’ll be introducing myself as Daniela. I’m tired of having the same conversation.

So the other day when I intrduced myself to the usual reaction and gave my response of “no, it’s really a girl’s name,” my new friend’s eyes lit up.

“OHH,” he said excitedly. “Daniela, your name is Daniela!”

One thought on “Biking in Bali”