Battle and Downs: The South of England

16 January, 2014By The Roaming CoconutsPosted in United Kingdom

Oh hey blog, remember me? I didn’t totally abandon you, just took a little holiday break at home in the States. Three weeks, lots of exciting Christmas presents, and an extra ten pounds later, I hopped on a plane to London and remembered something about being a coconut.

That’s right – London! Which makes this my first blog post outside of Asia!! And while England might be no Myanmar, you guys, castles.

The castle is home to the Bader International Study Centre of Queen’s University, which happens to be where my sister Nina works. She manages the center’s field studies, which means that when she’s not at her office in the castle she’s off taking students on trips around Europe.

I’m sorry, what was that you were just thinking? “Your sister is much cooler than you… Do you even have a job?… Black sheep of the family…”  I CAN HEAR YOU! Well, not actually, but I can imagine.

It’s okay, I know Nina is amazing. She also has an amazing new intern, who happens to be one of my closest friends from when I was working in Japan. Nina + Catriona meant an obvious decision: time to visit the castle!

After I had sufficiently oohed and aahed at the place, Nina decided it was time for Catriona and me to go to battle. Wait no, not battle, Battle. As in the site of the Battle of Hastings and that reason why we all know 1066 to be a very important date. 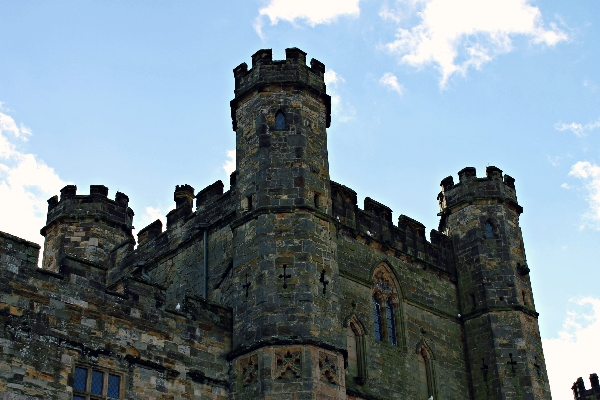 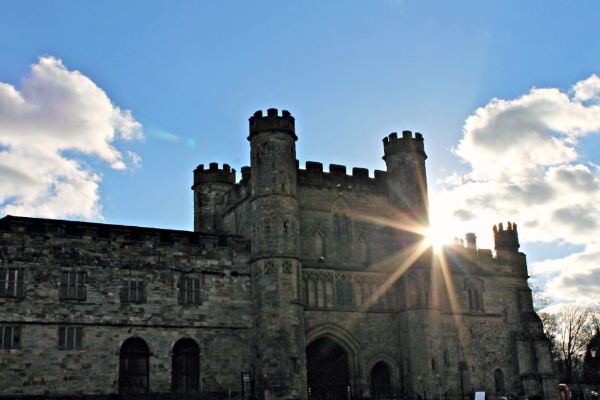 But beyond something about William the Conqueror and England as we know it, Catriona and I were a little fuzzy on the actual specifics of the battle. It was time for some very English cream tea. 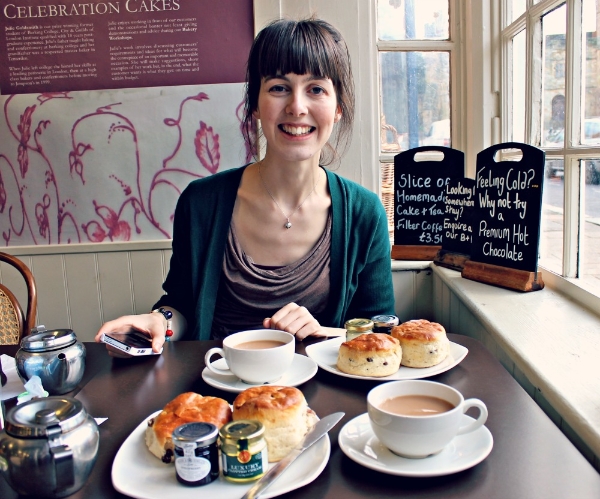 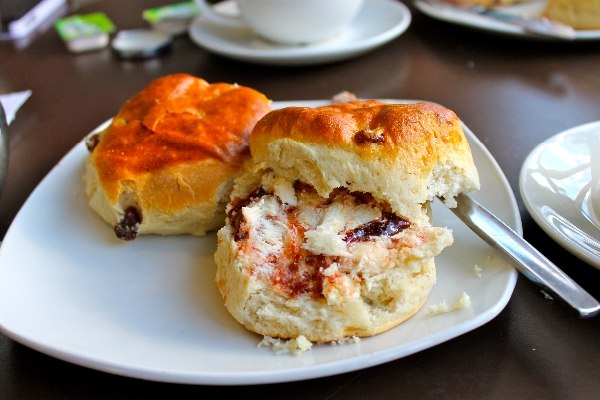 And of course a good round of jumping photos. 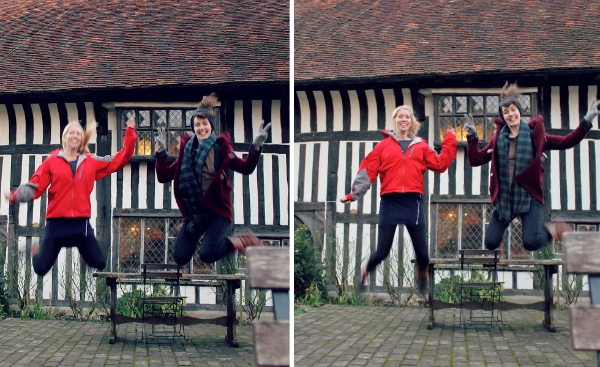 Impressive, no? Perhaps rethinking that “black sheep of her family” comment?

Besides being One of My Closest Friends From Japan and Nina’s Amazing New Intern, Catriona also happens to hold the title of Queen of the Jumping Photo. She’s the one who taught me about them in the first place, and since then we’ve been jumping our way around the world together. And since today is #ThrowbackThursday:

In front of a volcano in Kagoshima, Japan 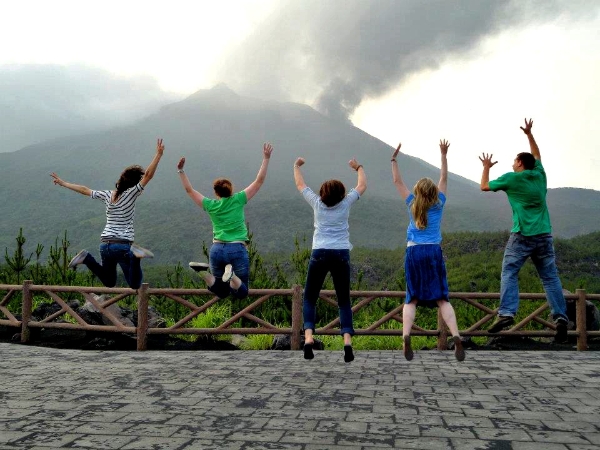 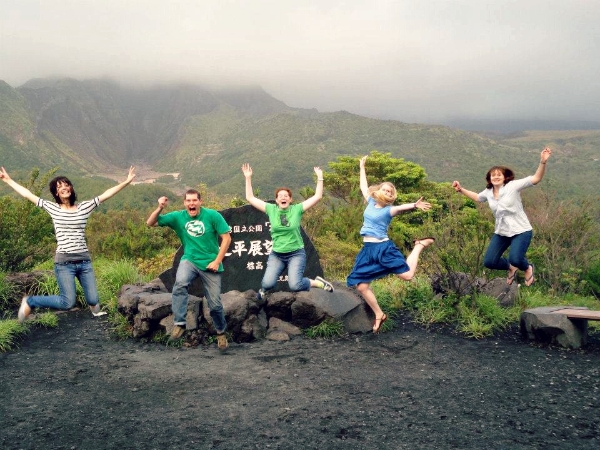 Outside a subway station in Tokyo, Japan 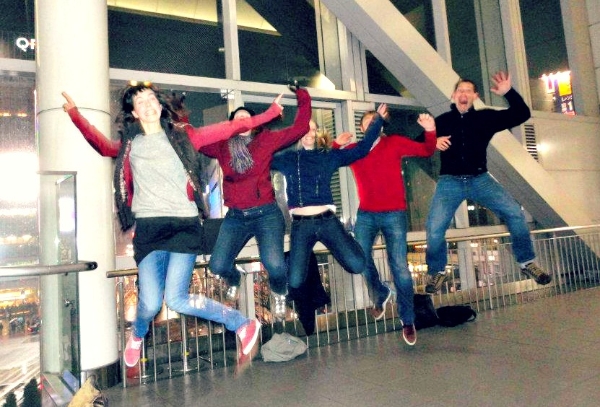 On top of Arthur’s Seat in Edinburgh, Scotland

In front of Edinburgh Castle, Scotland 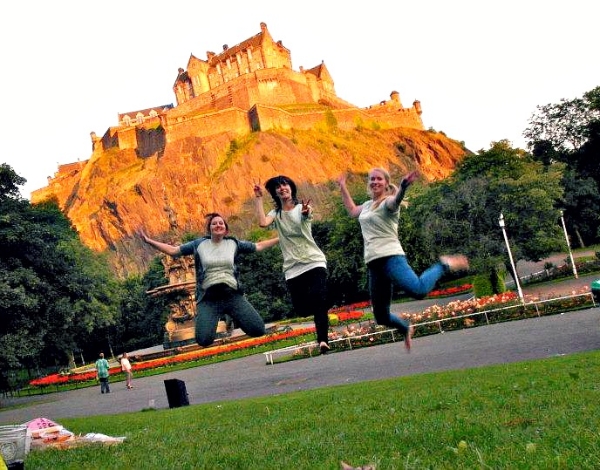 In front of the Bird’s Nest in Beijing, China 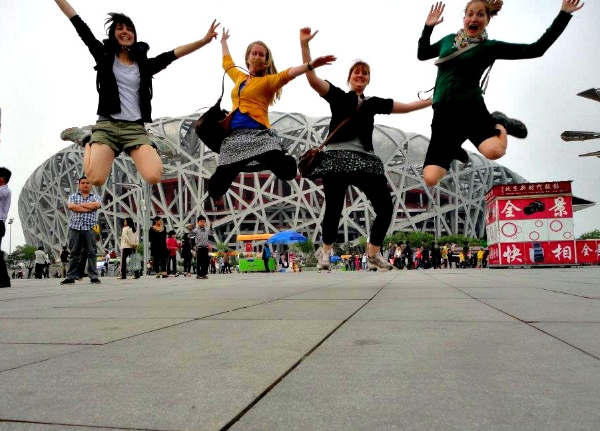 On The Great Wall of China 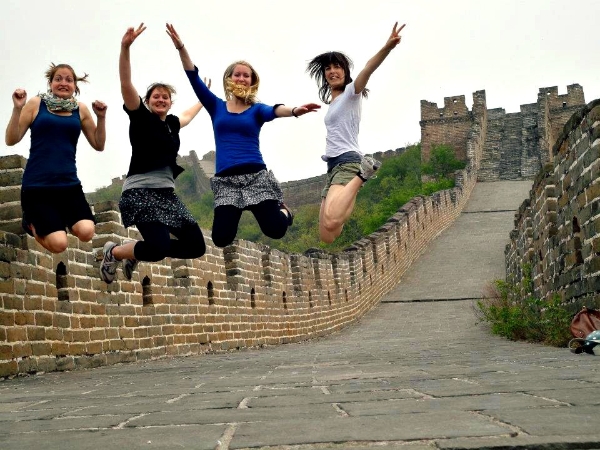 In the Forbidden City, China

But back to England.

Exhausted from all the jumping, we finished our long day at Battle with a plate of sausages and mash at the local pub. 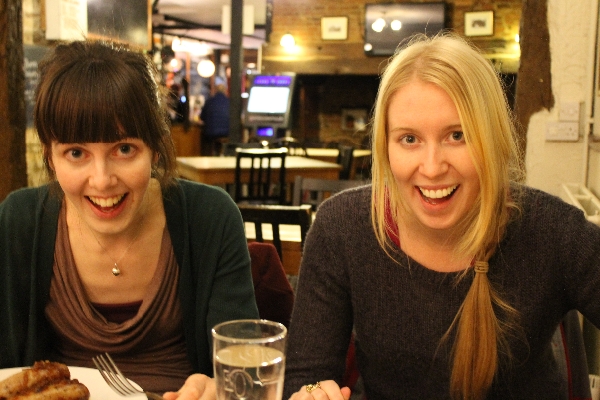 Nina was pretty jealous to hear about our adventures, so the next day she decided to take me on a tour of one of her favorite parts of living in Eastbourne: its close proximity to the famed South Downs! 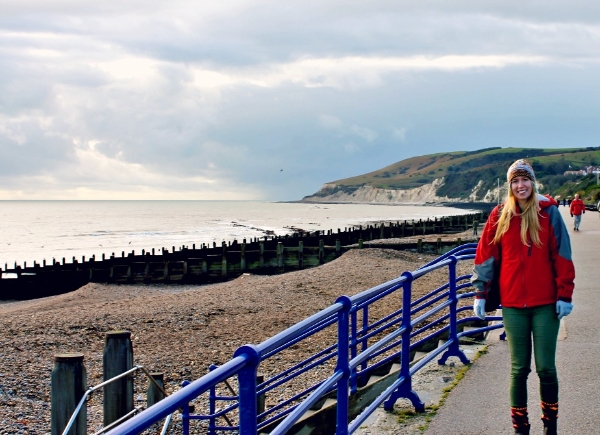 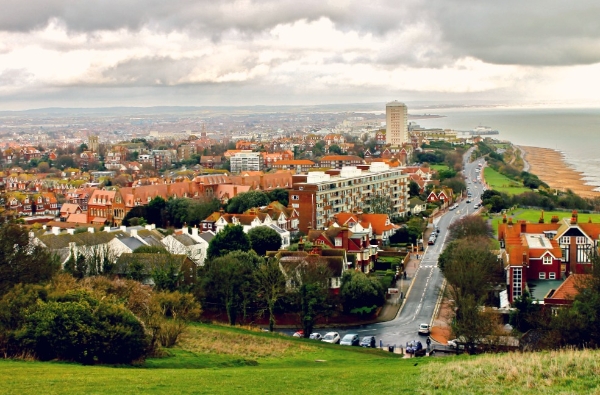 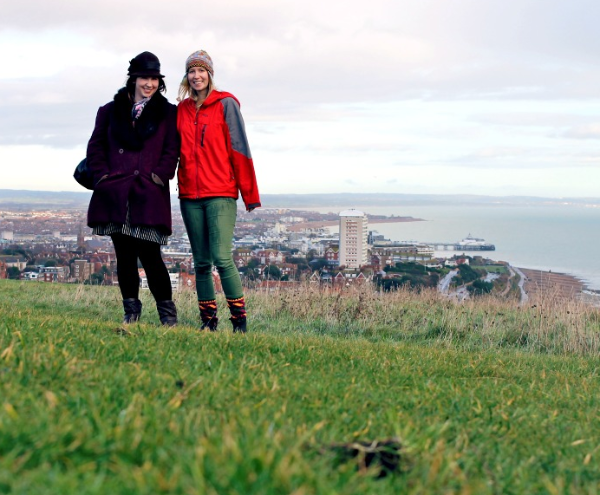 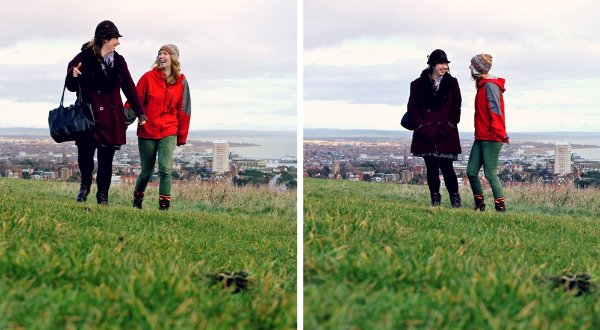 The South of England is really pretty all right. ♥

One thought on “Battle and Downs: The South of England”