Gone to the Gilis

14 July, 2013By The Roaming CoconutsPosted in Indonesia

People warned us against going to the Gili Islands.  “No police, lots of drugs and theft,” they said.  We were retold horror stories of travelers dying after drinking methanol laced jungle juice.  But a quick Google image search persuaded us that the islands were just too beautiful to miss.

We were still a little worried that Gili Trawangan, the largest of the islands, would be Kuta 2.0 but we decided to go for it, with the possibility of day trips to the smaller Gili Air and Gili Meno.  Luckily this decision turned out to be a good one, and we quickly fell in love with Gili T. 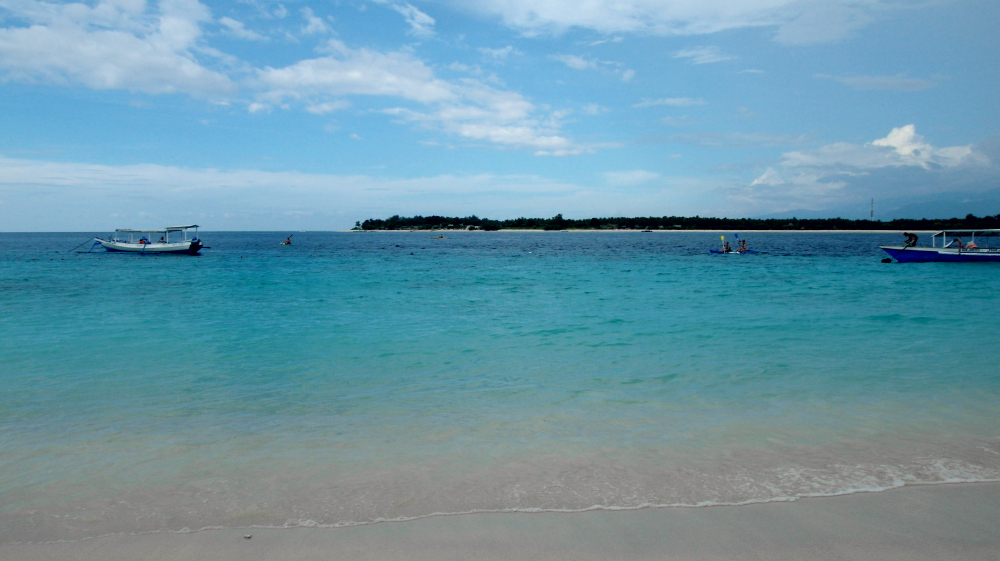 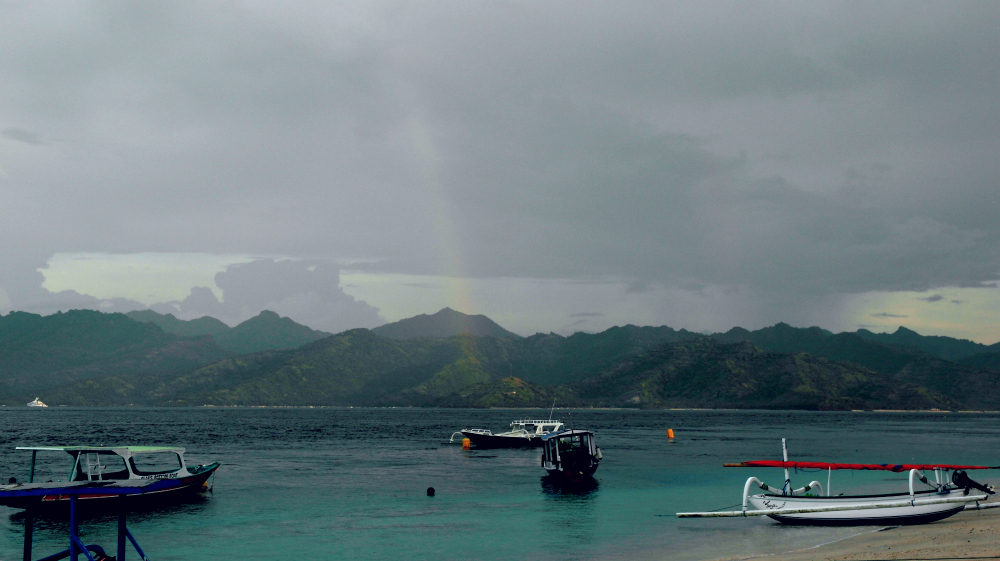 There are no dogs, motorbikes, or cars on the island, giving it a more remote feel.  All transport is by horse drawn carts, but you better watch out because they don’t stop for anyone.  The water was some of the bluest we have ever seen.  And while visually we could have been in any tropical paradise, the call to prayer five times a day reminded us that we were, in fact, in Indonesia.

On day two on Gili, we learned an important and rough lesson.  Don’t sign up for an early morning boating/snorkeling trip after a night out sampling the local vodka.  We’ll spare you the details but let’s just say neither one of us saw many fish.  Speaking of, for all of the hype surrounding diving around the Gilis, we weren’t impressed.  Most of the coral was dead or broken.  Sad!

We had a bit more luck the next day when we went paddle boarding — basically the kids’ version of surfing.  We were so good that we made it all the way from Gili T to nearby Gili Meno.  Somehow during that process we drifted way over and naturally forgot what the rental place looked like.  Classic coconuts. 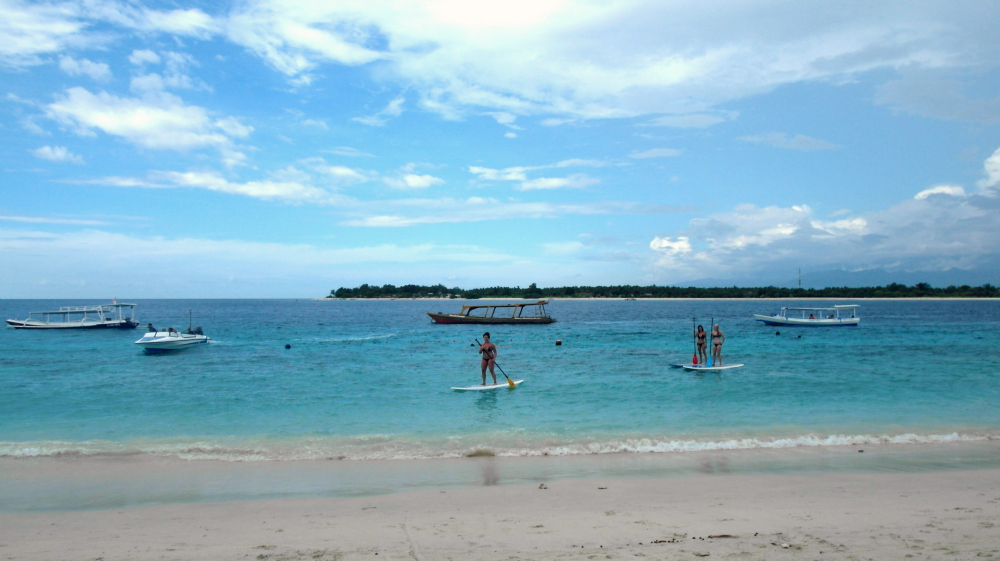 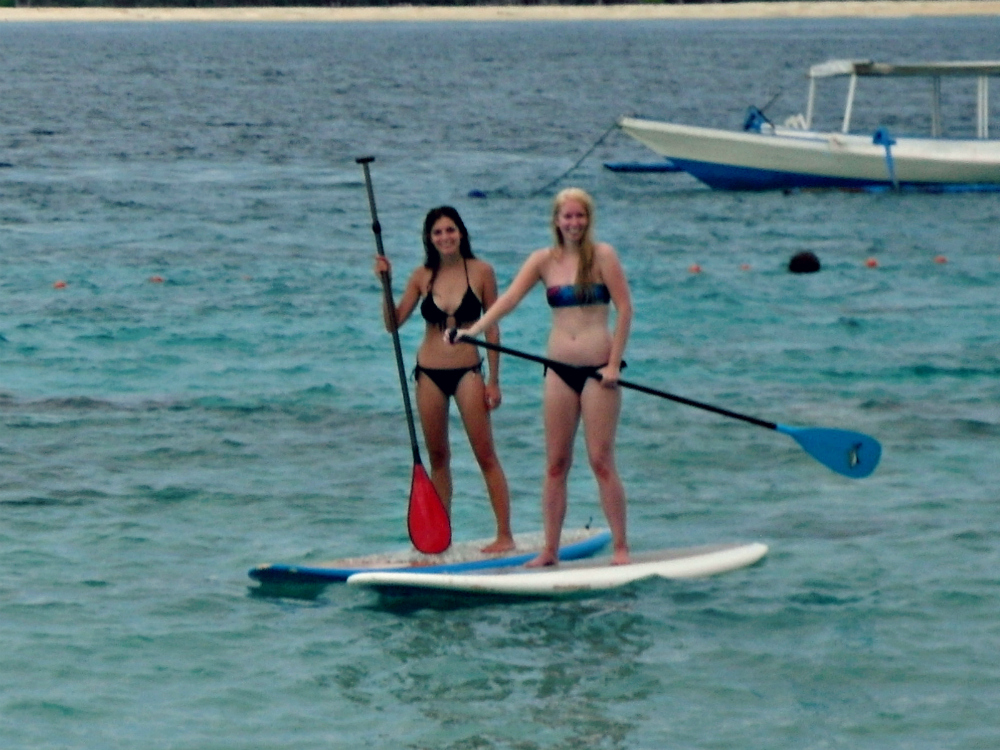 But one of the best parts of Gili (besides the $2 buffet, seriously obsessed, a budget traveler’s dream) was meeting a group of Austrians.  You meet a lot of cool people while traveling, and sometimes you get lucky enough to meet people that you really click with and know you’d be friends if you lived in the same place.  Or really unlucky, because it is always hard to say goodbye to people who live so far away.  The Roaming Coconuts in Austria?  Maybe someday. 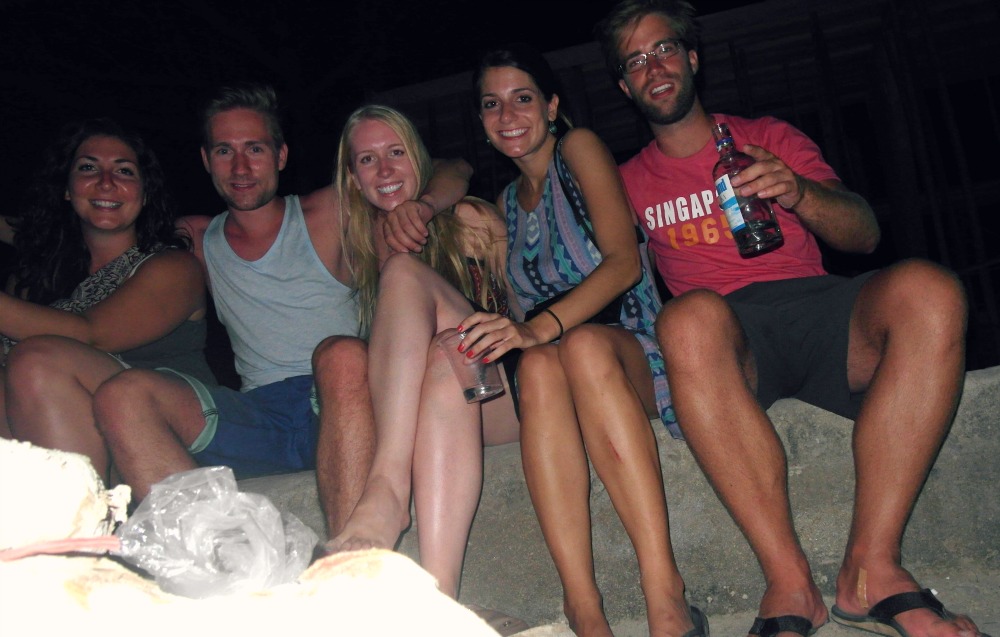 One thought on “Gone to the Gilis”