6 March, 2019By DaniellePosted in Norway

When it became clear I was going to be escaping the dreary winter slush and endless public transportation delays of New York City – not for my usual warm-weather vacation, but for a destination far above the Arctic Circle to visit my friend Silvia in Northern Norway – I stuffed my bikinis back into storage (yes, with faint sigh of relief because, I mean, holiday gluttony), and wondered, what would we even do for fun? Make snow angels? Drink aquavit?  Norway wasn’t my first choice of destinations, and I was skeptical. But then it hit me: I love dogs, and huskies are native to the Arctic, so if I was going to freeze, it might as well be playing with dogs bred to live in subzero temperatures. Right?

Lucky for me, Silvia found the most perfect Airbnb ever owned by the cutest couple, Per and Jenni, certified wilderness guides who have a their own pack of huskies (and a human baby!) and offer dog sledding trips. We didn’t care that it happened to be located in Kiruna, Sweden, four hours out of our way and across an international border; Per and Jenni said we could keep one of their dogs in our room at night! Other accommodations take note: that is a major selling point.

Silvia picked me up around 4:00 pm from a hotel near the Narvick airport, where I had arrived the night before. Between the snowy conditions, the blanket of darkness (the sun sets before 3:00 in January) and the adorable college-age Ukrainian hitchhikers we picked up who made us feel old and slightly unadventurous, we arrived six hours later. We were greeted by Per, who looks exactly like what you would imagine a Swedish wilderness guide (or Game of Thrones extra) would look like, who showed us to our accommodation: an adorably cozy camper van that we would call home for the next two days. And more importantly, he introduced us to Hilder, a goofy eight-month old pup who was ours for the night (and if I had it my way, forever). 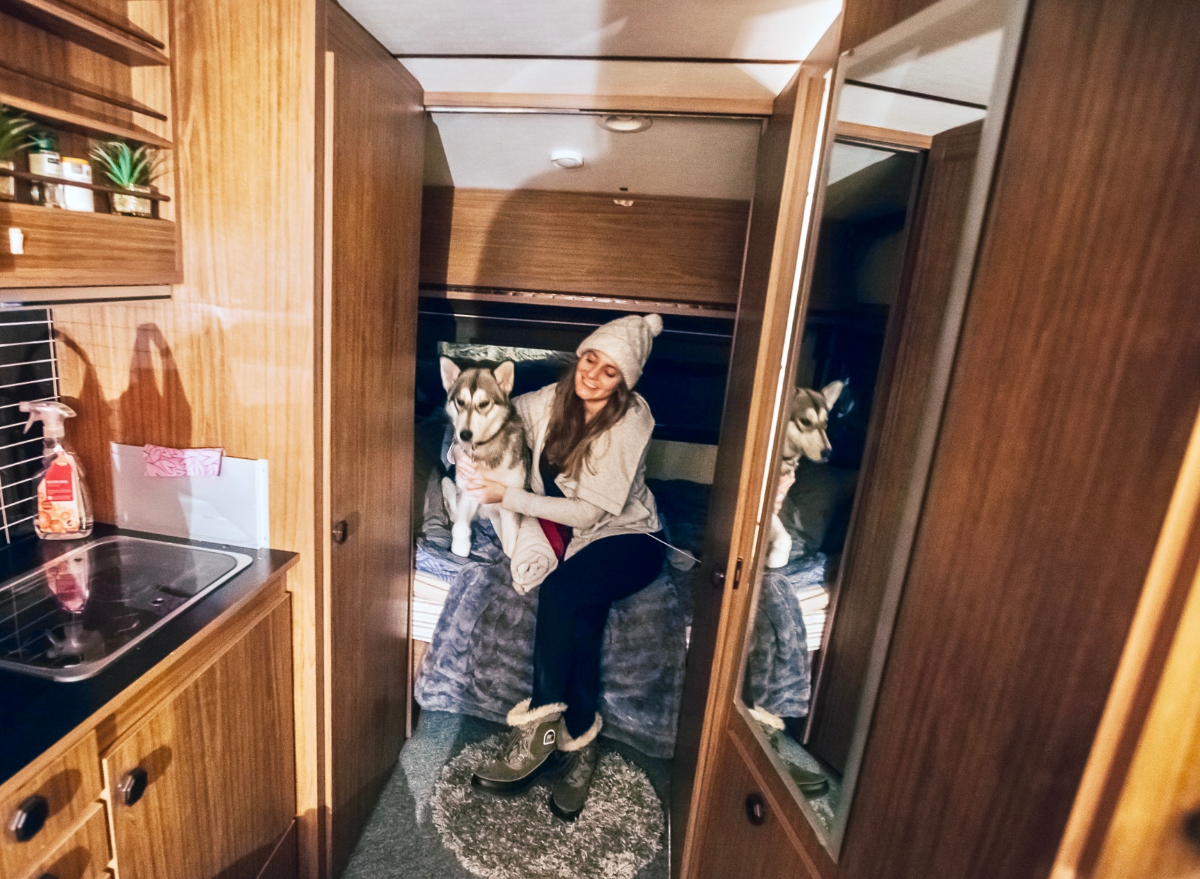 The next morning Jenni took us cross-country skiing, which is apparently something Scandinavians really enjoy. Me personally? I could have walked faster. Afterward she prepped us for our afternoon dogsledding trip. When I had imagined what dogsledding would be like, I pictured Silvia and I looking super photogenic in our winter gear taking with our cheeks perfecy in the sights while a professional maneuvered the sled, but that’s not how it works at Per and Jenni’s. Silvia and I were to take turns being passenger and musher, while Per would lead the way with his own pack. There were all sorts of instructions which basically boiled down to a stern warning: do not under any circumstances let go of the sled because the dogs will run away with it and both the sled and dogs are really expensive. 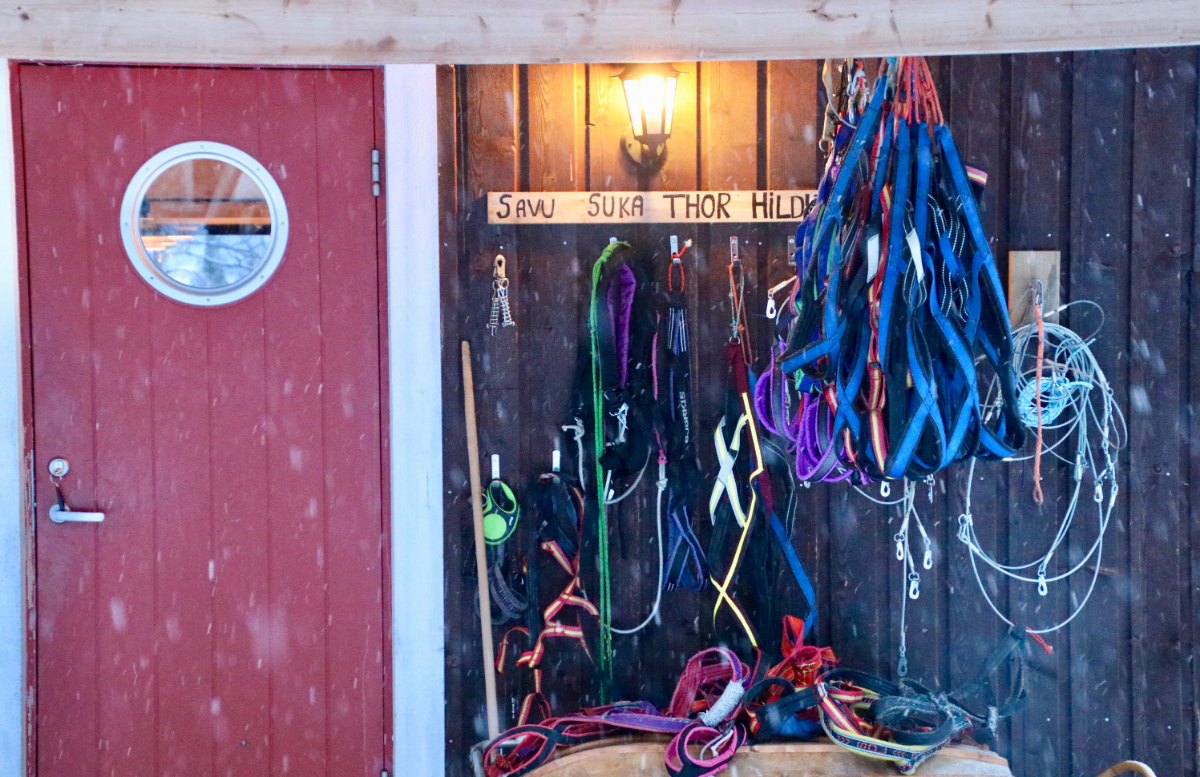 So what was dogsledding like? It was amazing. It was so much fun. It was thrilling in a way that not many things are when you’re an adult. We laughed so hard tears threatened to freeze on our cheeks. We crashed into a tree and  flipped the sled a few times because being a musher is harder than it looks and you use more muscles than you knew you had. Our hair froze and knotted and looked like cotton candy while our faces turned red and numb, but we were having too much fun to feel cold. After two hours we returned home where enjoyed hot tea and warmed up in a traditional sauna. It was the perfect day.

Per and Jenni involved us in every step of the dogsledding process, from feeding the dogs to harnessing them to the sleds. The whole experience felt authentic and not overly touristy at all. If you’re interested in dogsledding in Swedish Lapland or other winter activities like snowboarding or cross country skiing (I won’t judge you), sleeping in snow caves,or even just want to sleep in a cozy camper van with a husky and maybe see the Northern Lights if you’re lucky, contact Per and Jennie at malamuteadventures@gmail.com.