10 July, 2013By The Roaming CoconutsPosted in Indonesia

While still a tourist haven, Ubud was a breath of fresh air after the trashy party scene (ahem, Aussies) of Kuta. We joined up with our friend Angel, who will be an unoffical coconut for the next week or so. Our first stop in Ubud was the not to be missed Monkey Forest, which is exactly what the name implies; lush green forest filled with playfull (greedy) monkeys. Lots of them. 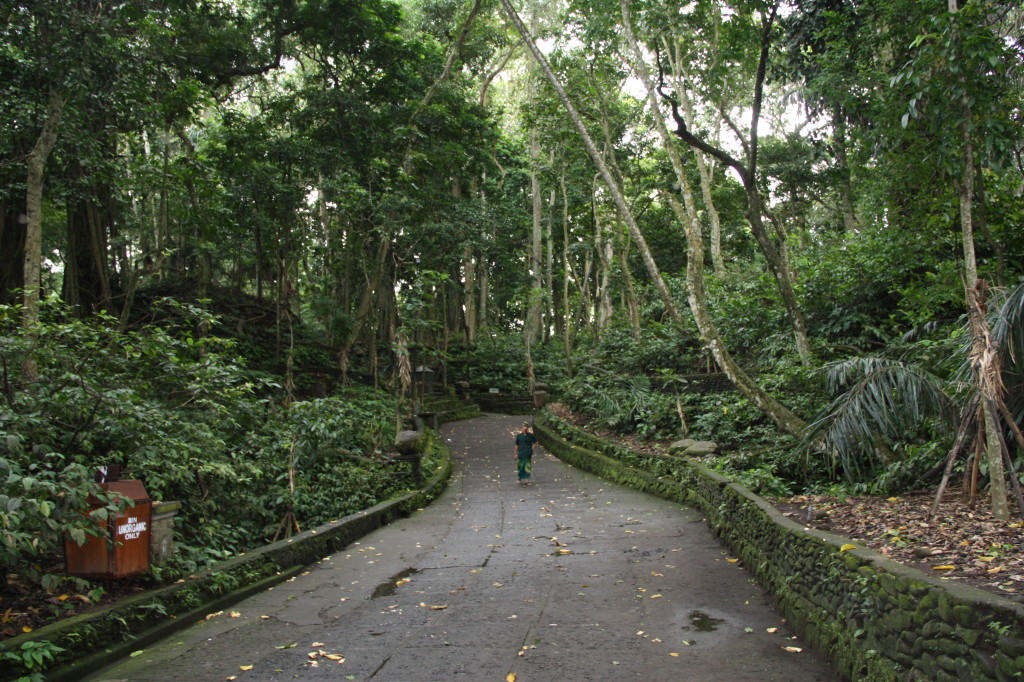 A few dollars will buy you a bunch of bananas, which you can hold above your head and have the monkeys climb up you to get (sidenote: don’t make the same mistake I did and wear a maxi dress–the monkeys will pull it right down on their way up). 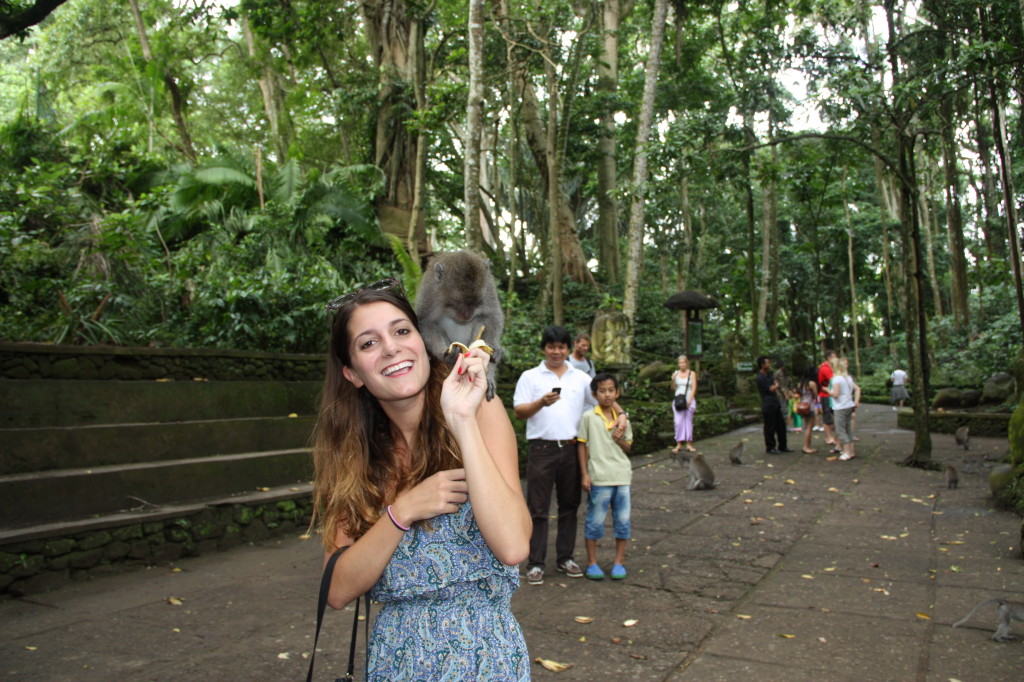 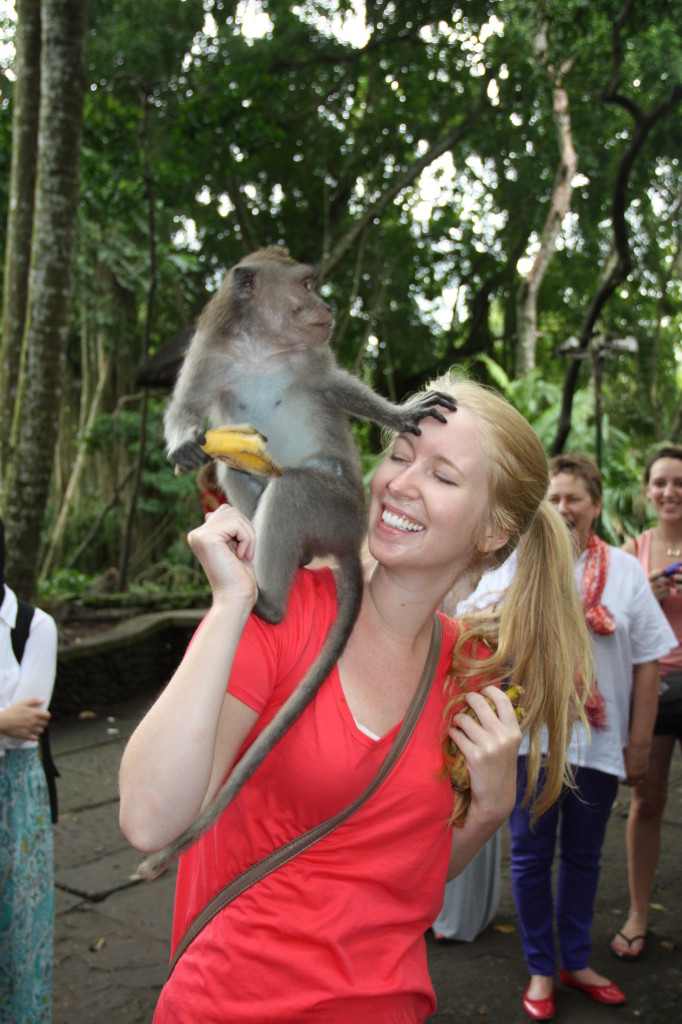 We were loving the monkeys until tragedy struck.

Two monkeys went for a single banana that Silvia was holding. The slower monkey was apparently hungry and took a bite out of Silvia’s hand, and her natural reaction was to body slam him to the ground. He wasn’t very happy and tried to take revenge on Angel’s dress as a crowd gathered around. 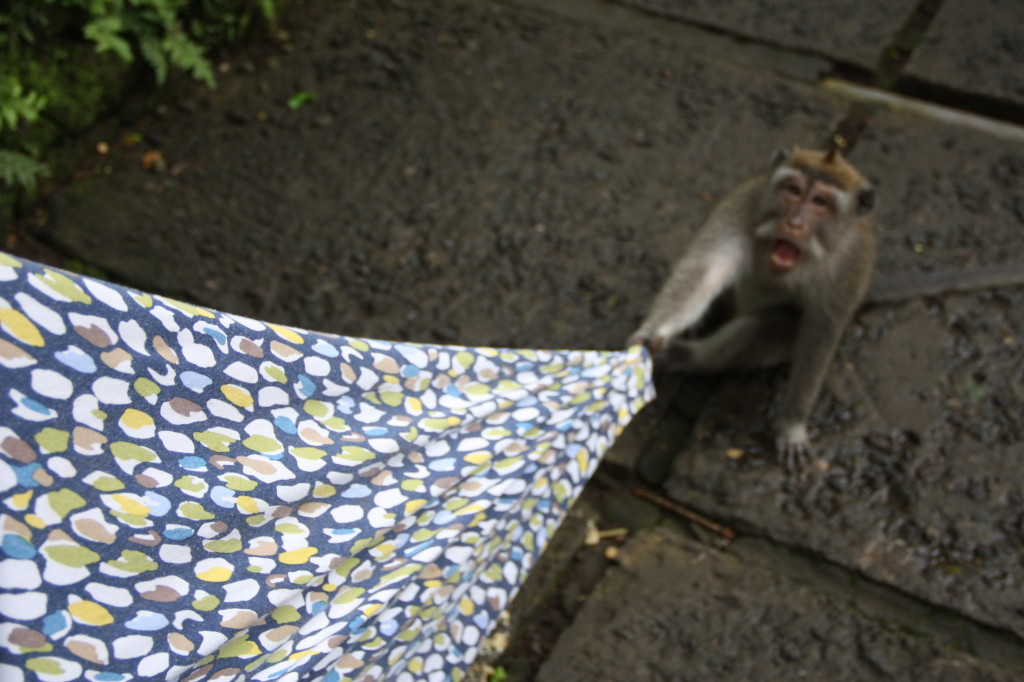 But no worries people, we were assured that the monkeys have their shots, and I’m keeping a close eye on Silvia. A couple more days and we’re in the clear (it’s only a little infected…).

The next day we explored Ubud and its artsy cafes and shops. Looking for another exciting activity after the monkeys, we settled on getting our ears candled. The hippie earwax removal method, which has lost popularity in the States is still a thing here, offered by nearly every spa. 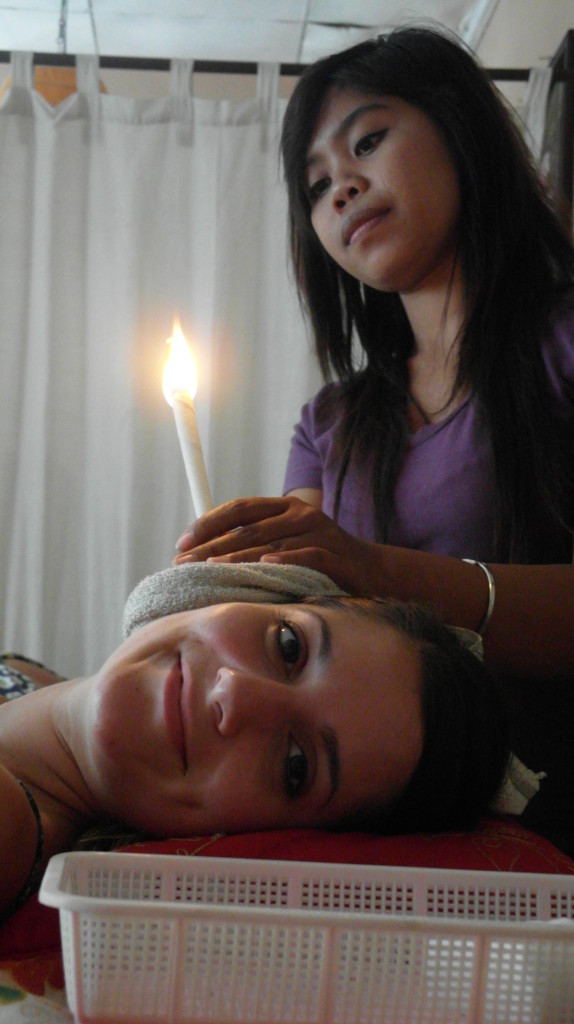 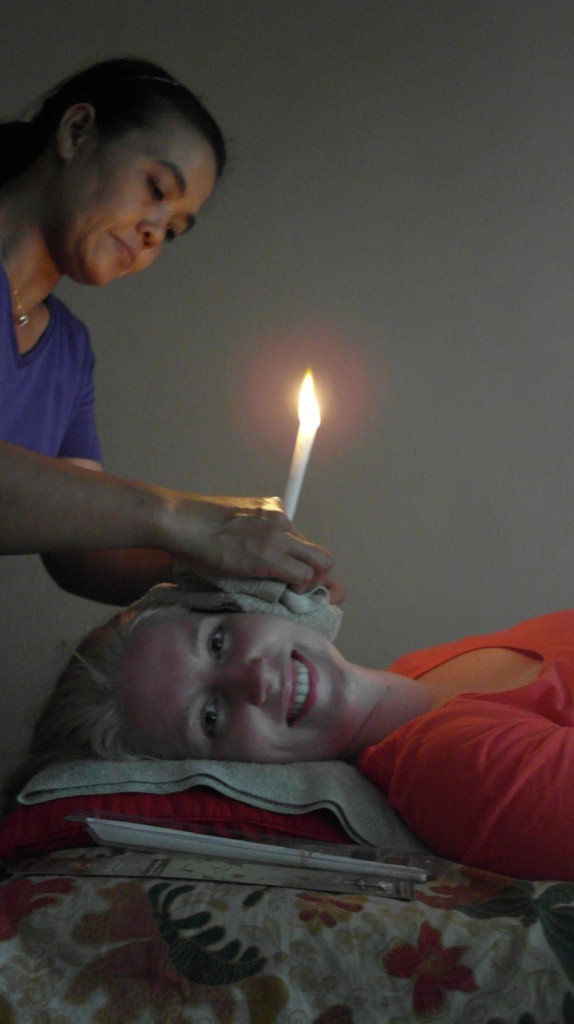 I have a thing with earwax and absolutely hate it (total deal breaker), so it was no surprise when Silvia won our contest for most earwax. And because we know you really want to see it: 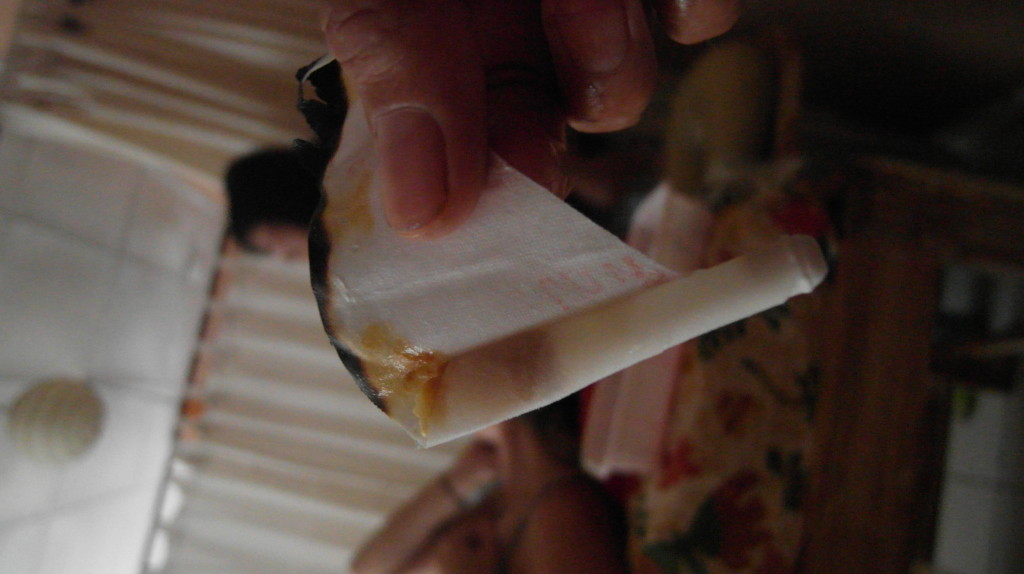 We’re blogging behind schedule (shocker) and have spent the past few days on the Gilis, a group of islands totally deserving of the reputation as real-life paradise. Our next four days will be spent sailing towards Komodo Island, stopping at various beaches on the way. Sleeping on the deck of a boat with twenty other people should definitely be an adventure. Hopefully this doesn’t happen.